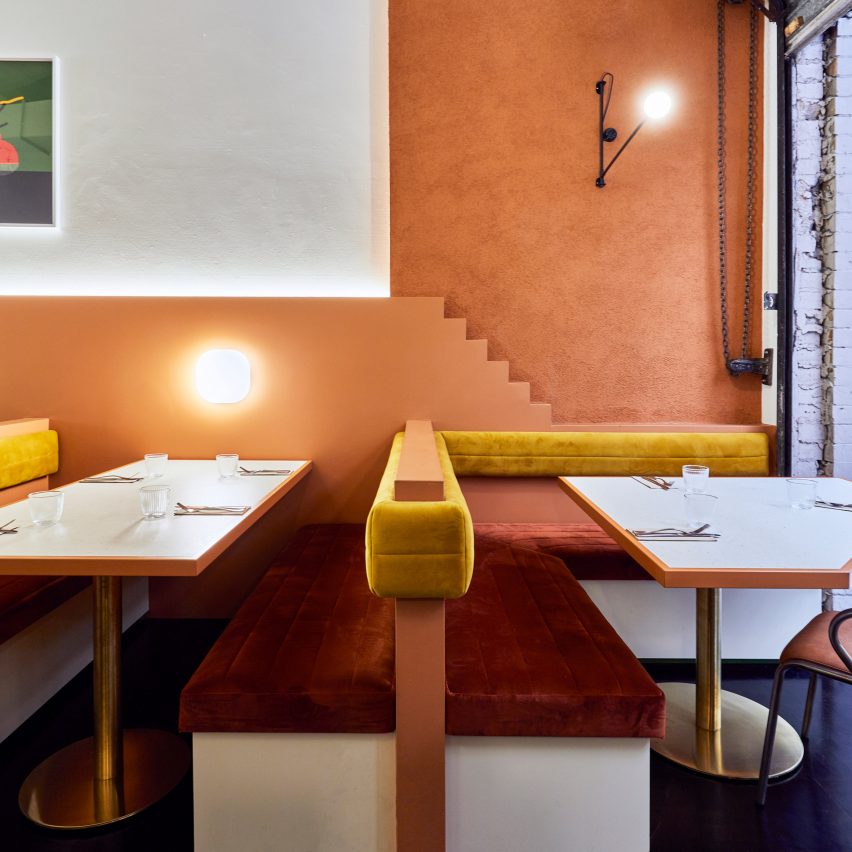 Terracotta-coloured surfaces and step-like decor features appear inside this Mexican restaurant in Sydney, which Studio Gram has designed to steer away from cultural cliches.

Serving up a mix of tacos and cocktails, Chica Bonita has been designed by Studio Gram to celebrate Mexican culture while avoiding the “over-the-top and over-saturated colour palette” that has become associated with the country. 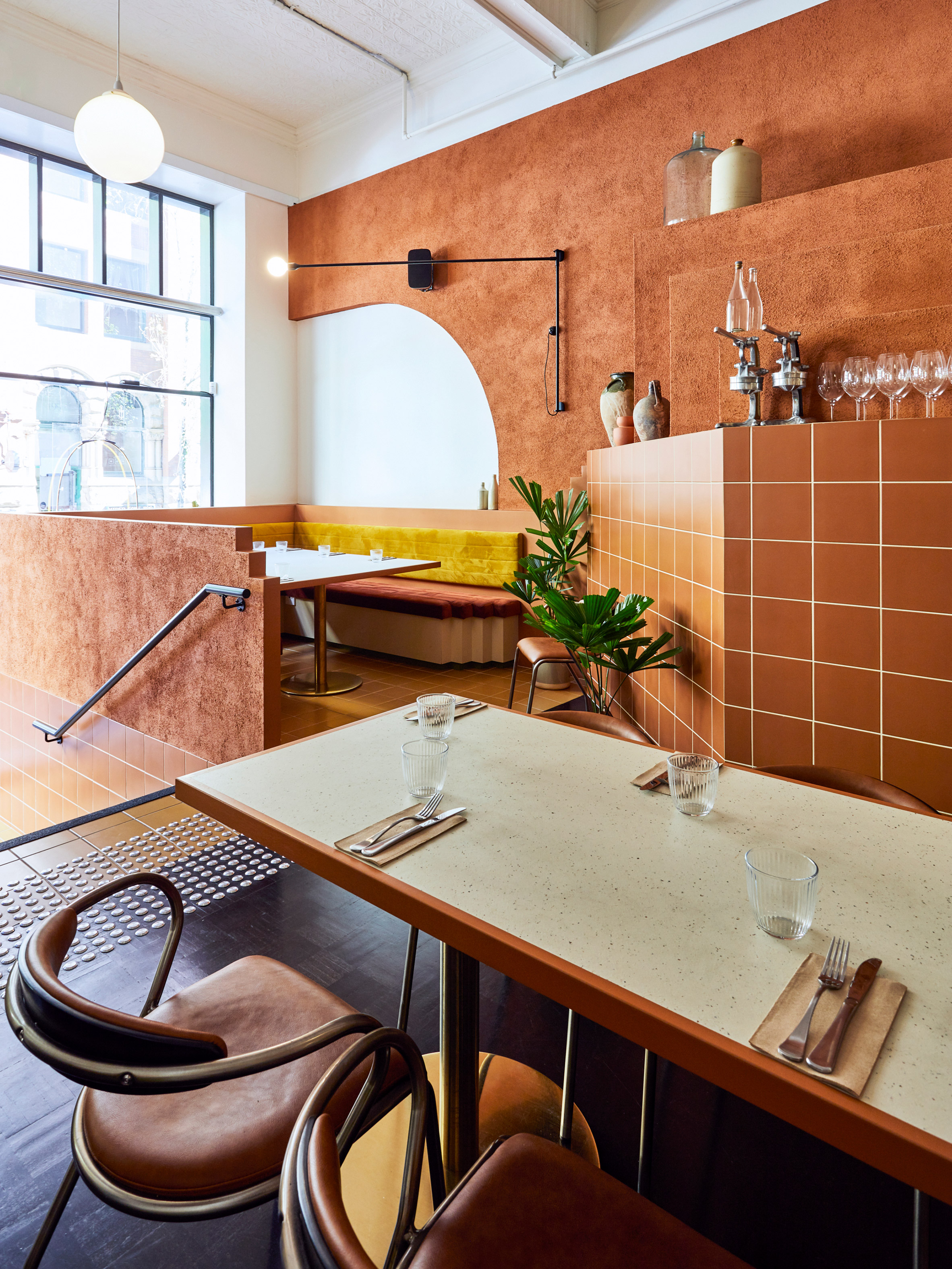 The venue had been host to a bike shop for the past 20 years but was almost entirely stripped back to make way for the new restaurant fit-out.

Its stone archways, tin ceilings and parquet floors were the only features preserved. 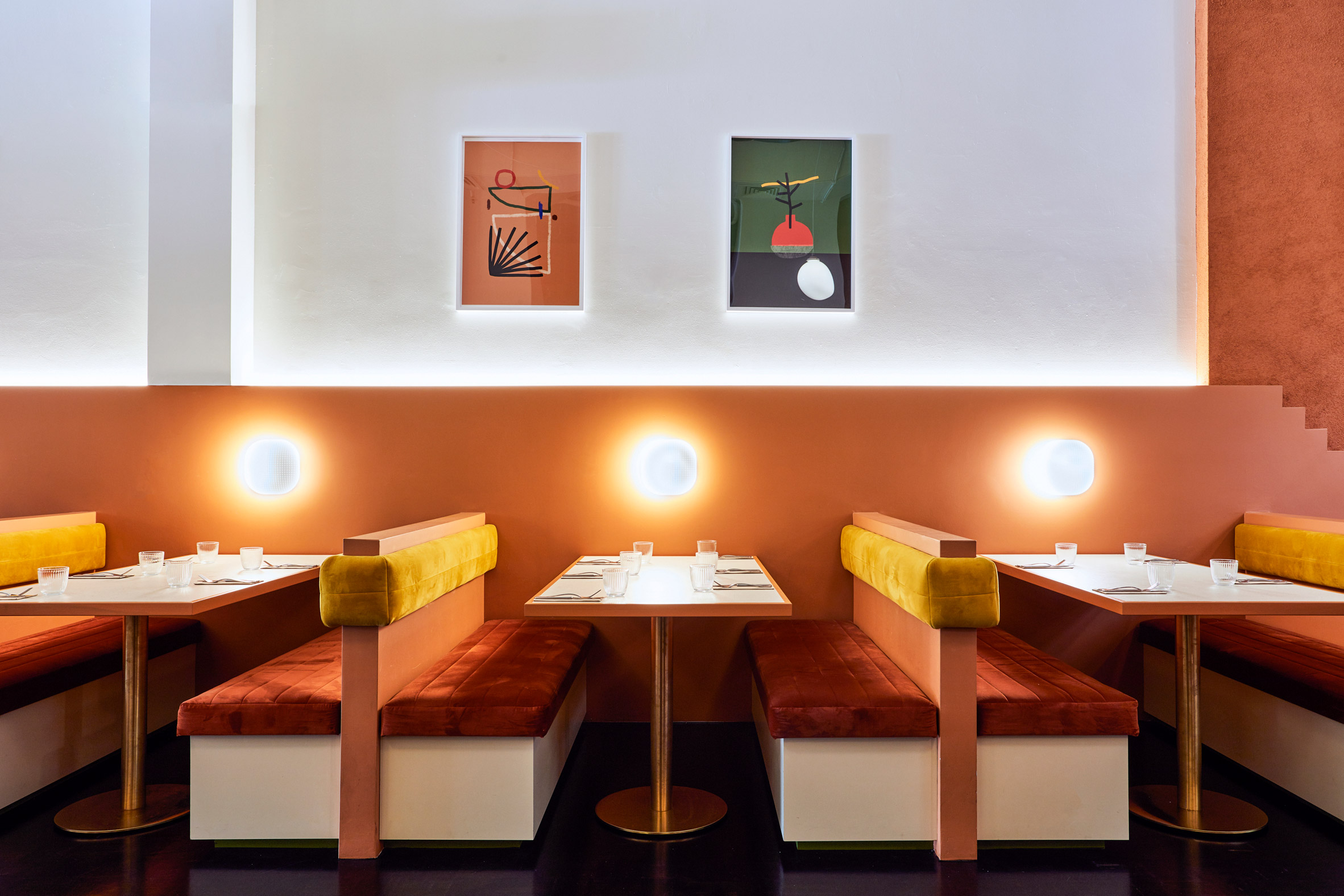 “For this reason, the stepped details and surfaces are all ‘positive’ elements, added layers if you like, that can be removed to return the space back to its original condition.” 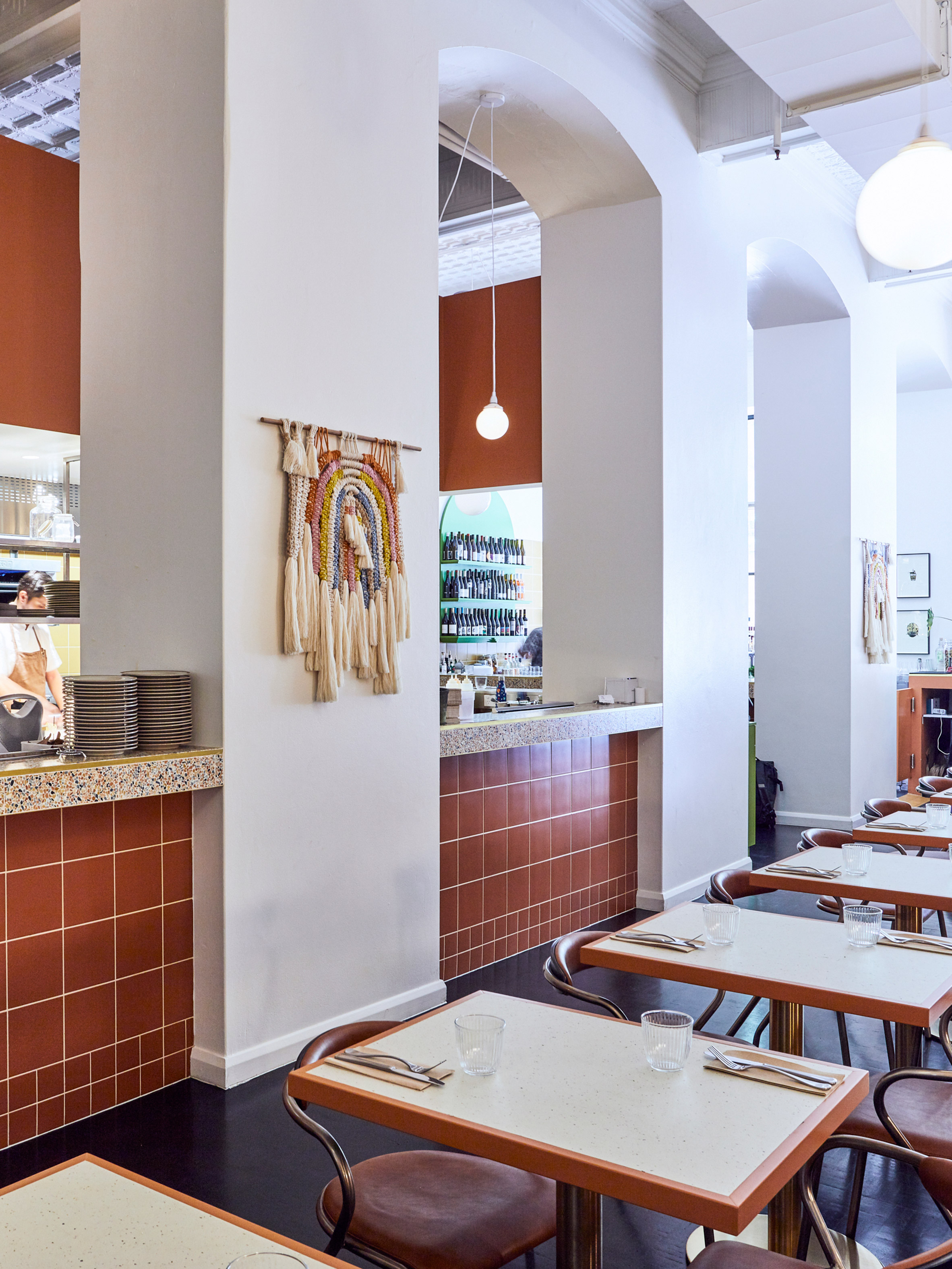 Surfaces throughout the dining space are painted terracotta-orange to emulate the hue of the sand in Mexico’s deserts.

Matching-coloured tiles have been used to clad the entrance steps to the restaurant and the service bar that runs around the open kitchen, which has a terrazzo-like countertop.

Diners also have the option of sitting at one of the more formal square dining tables, which are surrounded by brown-leather chairs, or in one of the booths which boast mustard-yellow and rust-red cushioning. 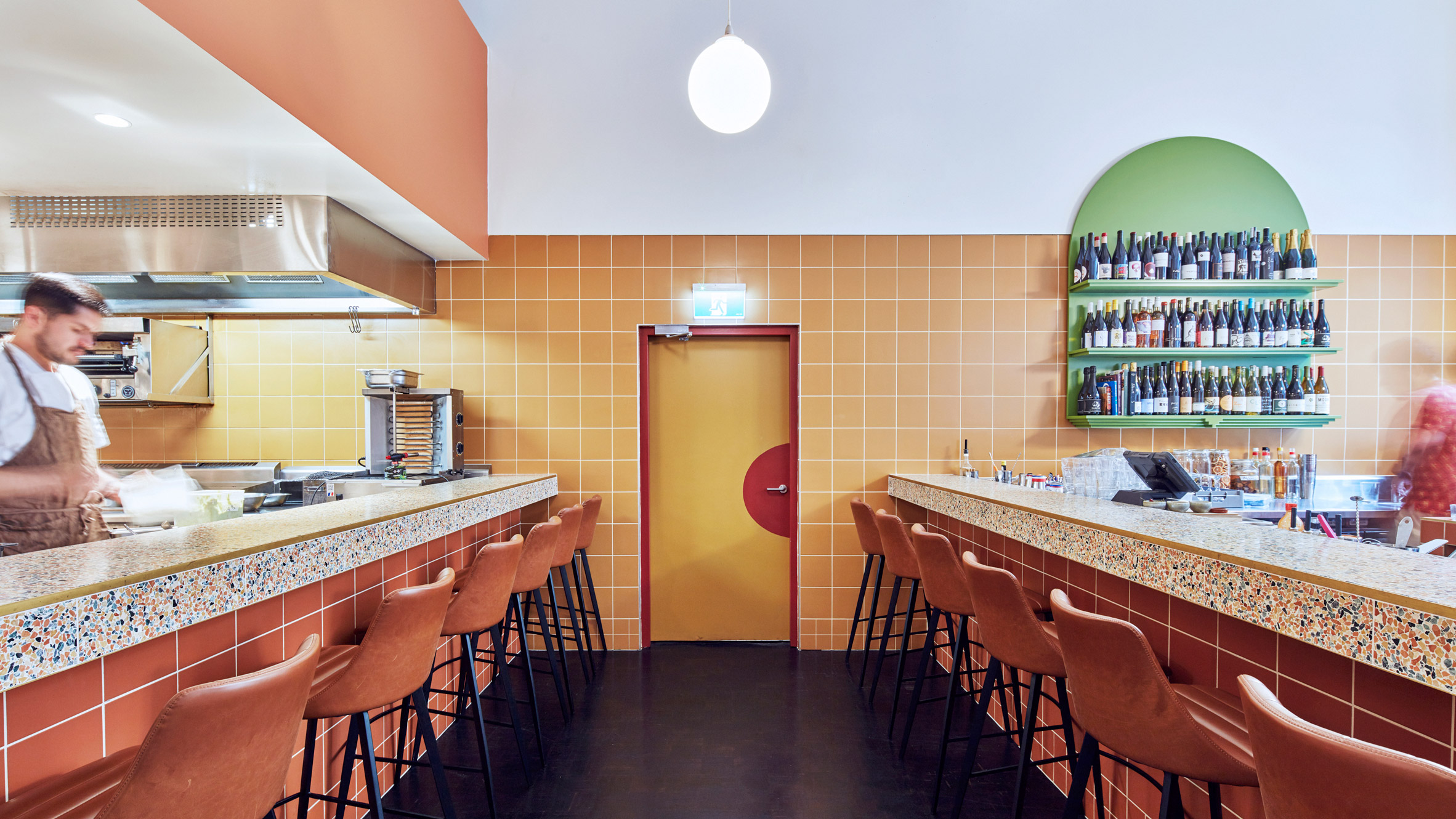 The studio has also incorporated step-like imagery throughout the space in loose reference to the style of architecture on Mexico’s Baja California peninsula. Stepped reliefs run across the peripheral walls and a tiered wall recesses back into the restaurant’s bathroom facilities.

Staggered shelving has also been created to openly-display drinks bottles in the bar. 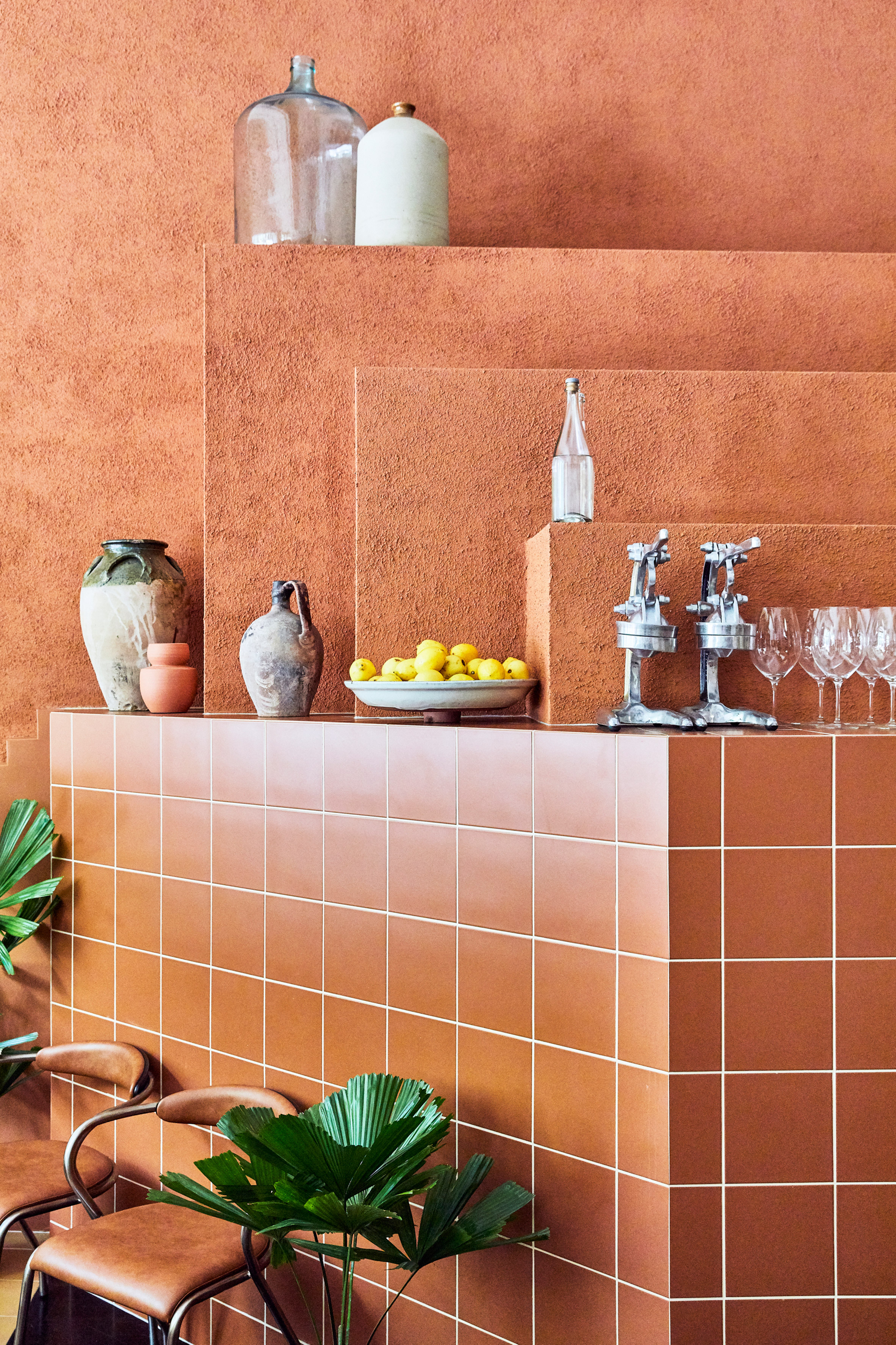 Splashes of colour are provided by lime-green arched shelving units and a handful of potted plants.

Decor is otherwise kept simple with a selection of ceramic vases and modest wall hangings that the client has accrued from trips to Mexico and other tropical climes. 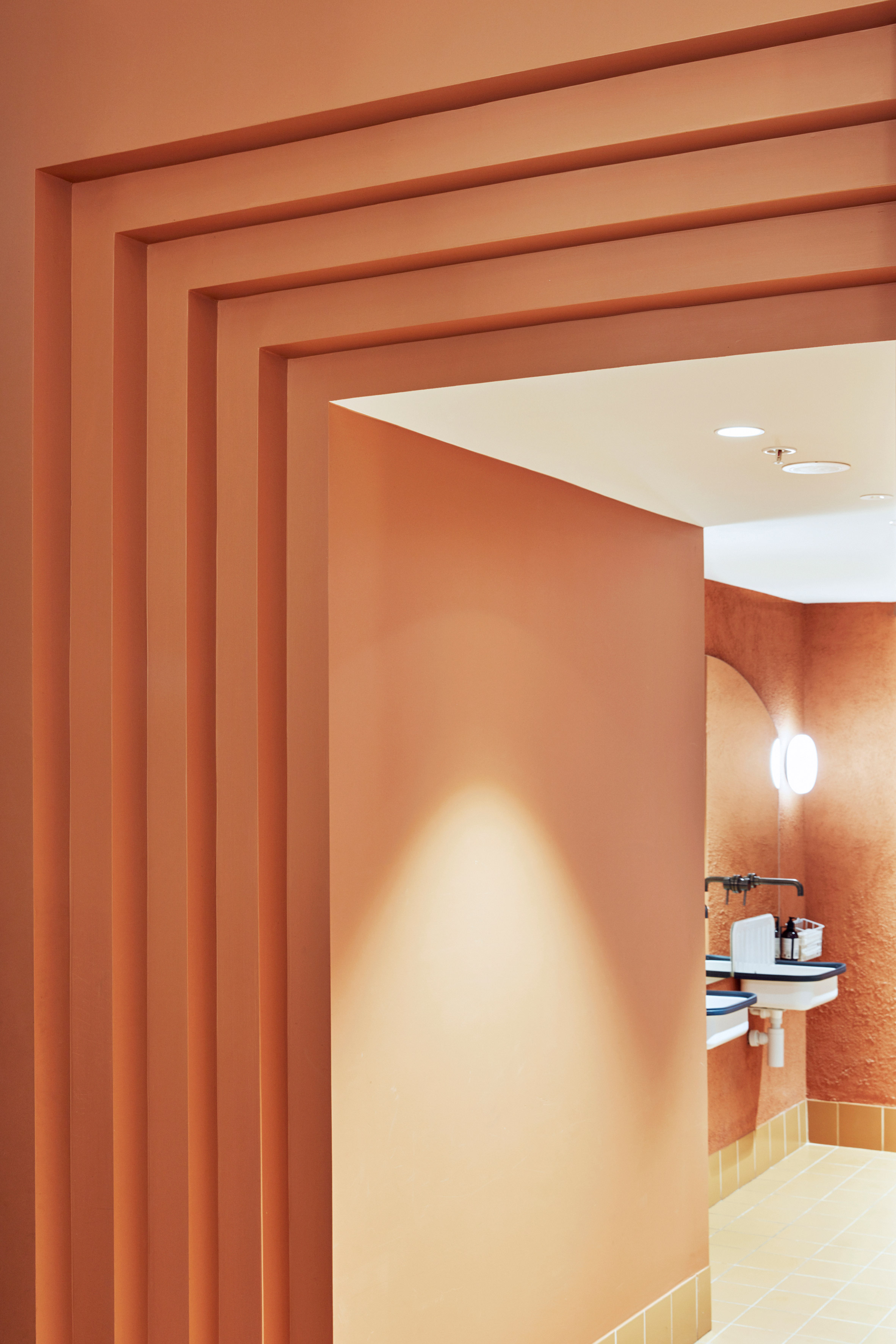 Studio Gram is based in Adelaide and was founded by Graham Charbonneau and Dave Bickmore.

As in this project, Australian interior designers Pattern shunned “simplistic and culturally appropriated” imagery to create the interiors of Byron Bay’s Locura bar.

Photography is by Toby Peet.