Coarse concrete walls and blocky forms echo the appearance of brutalist architecture in this Melbourne store designed by Studio Goss for the fashion brand Kloke. 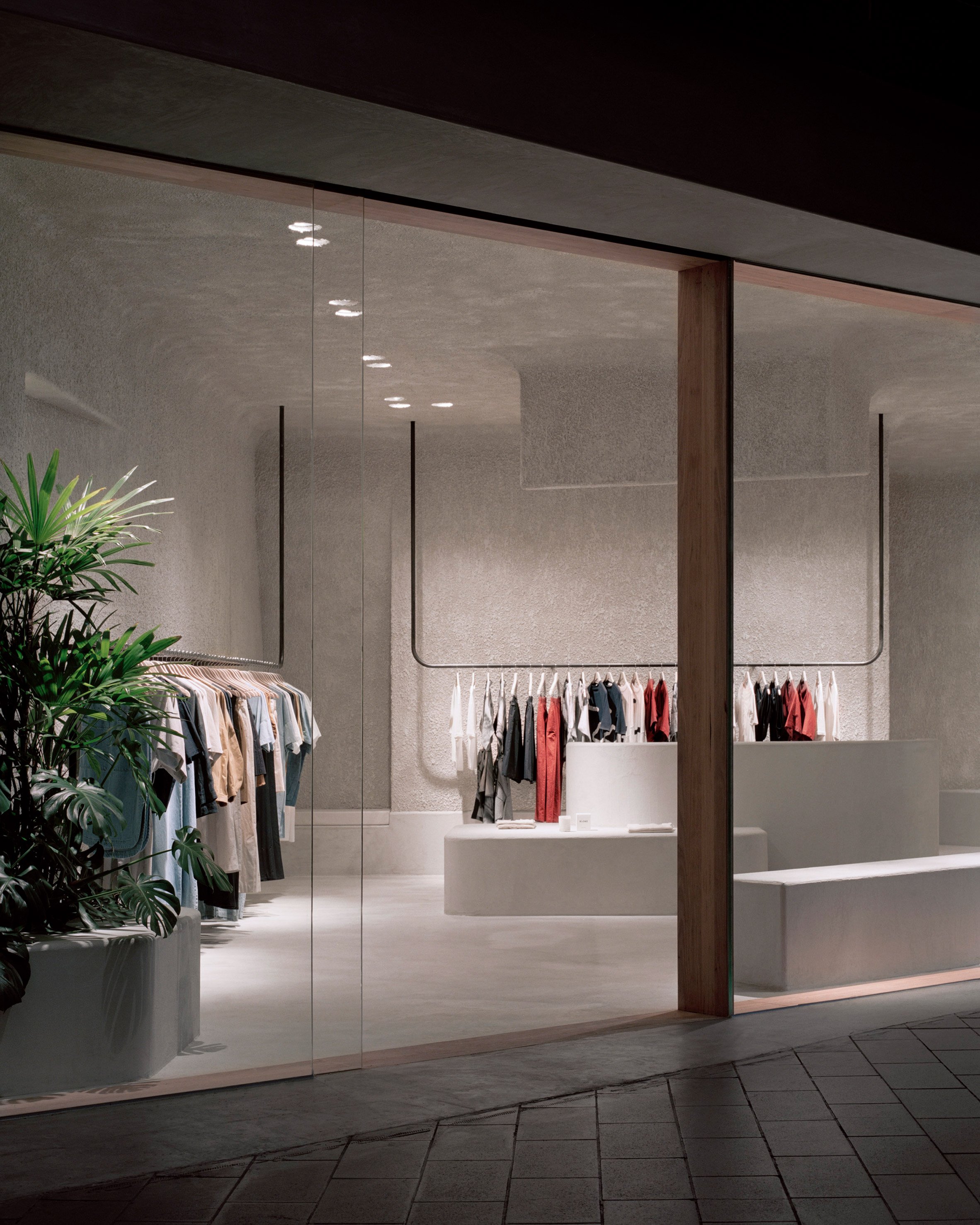 Kloke‘s founders Amy and Adam Coombes approached local interior architects Studio Goss with a brief for a second store that would mirror the pared-back and sculptural aesthetic of their brand’s clothes.

The couple had been on the hunt for a new retail space for over a year, hoping to find a site larger than their existing branch in Fitzroy that could display their men’s and womenswear collections in full.

They settled on a location in Melbourne’s Queen Victoria Village – a block of the city’s central business district populated by stores and cafes. 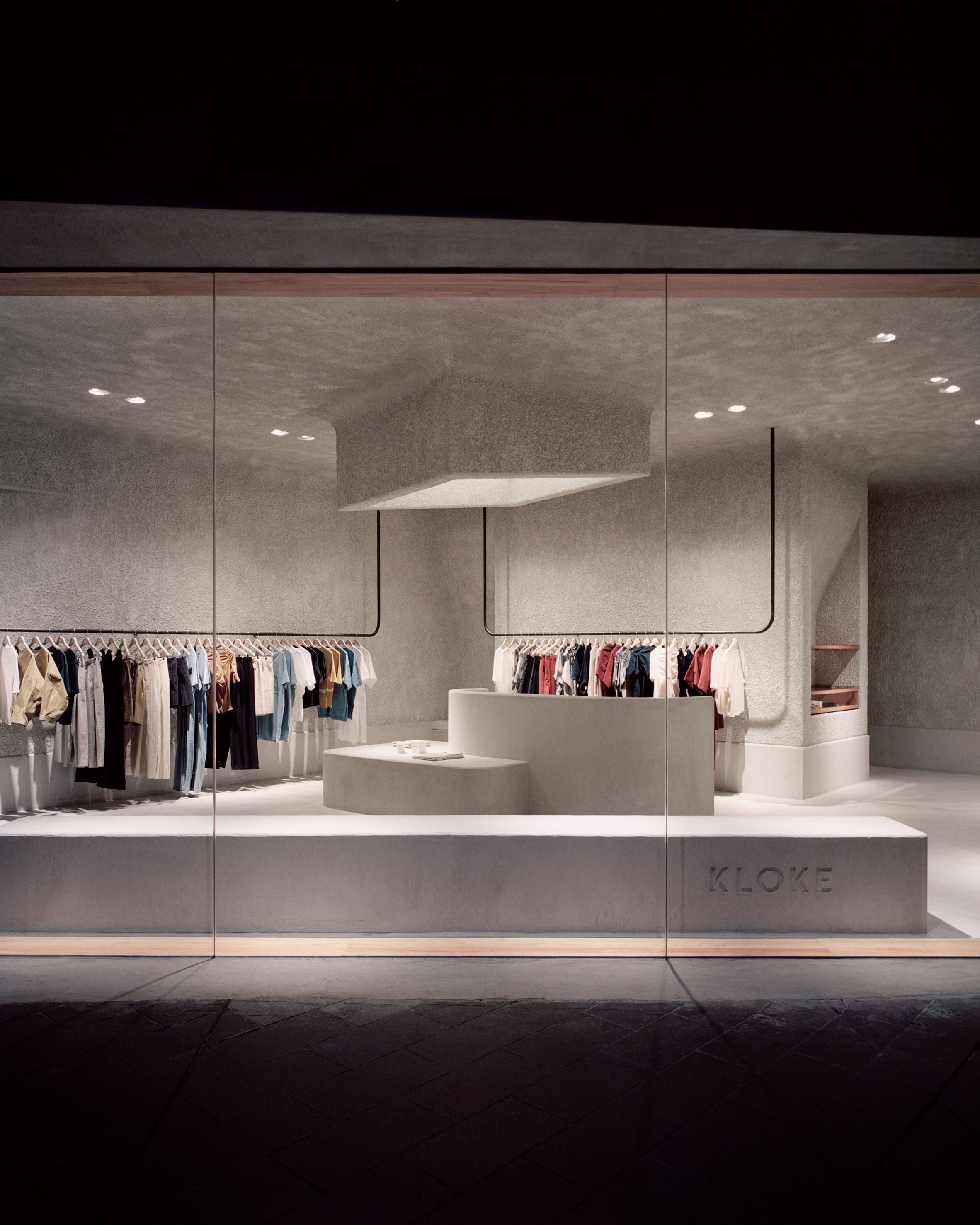 Inspired by the shapes and material palette of brutalist architecture, the studio decided to line the majority of the store in rough concrete stucco.

An asymmetric cubic volume has been distended from the ceiling to form a faux skylight, complemented by angular recesses in the walls that have also been fitted with lights. 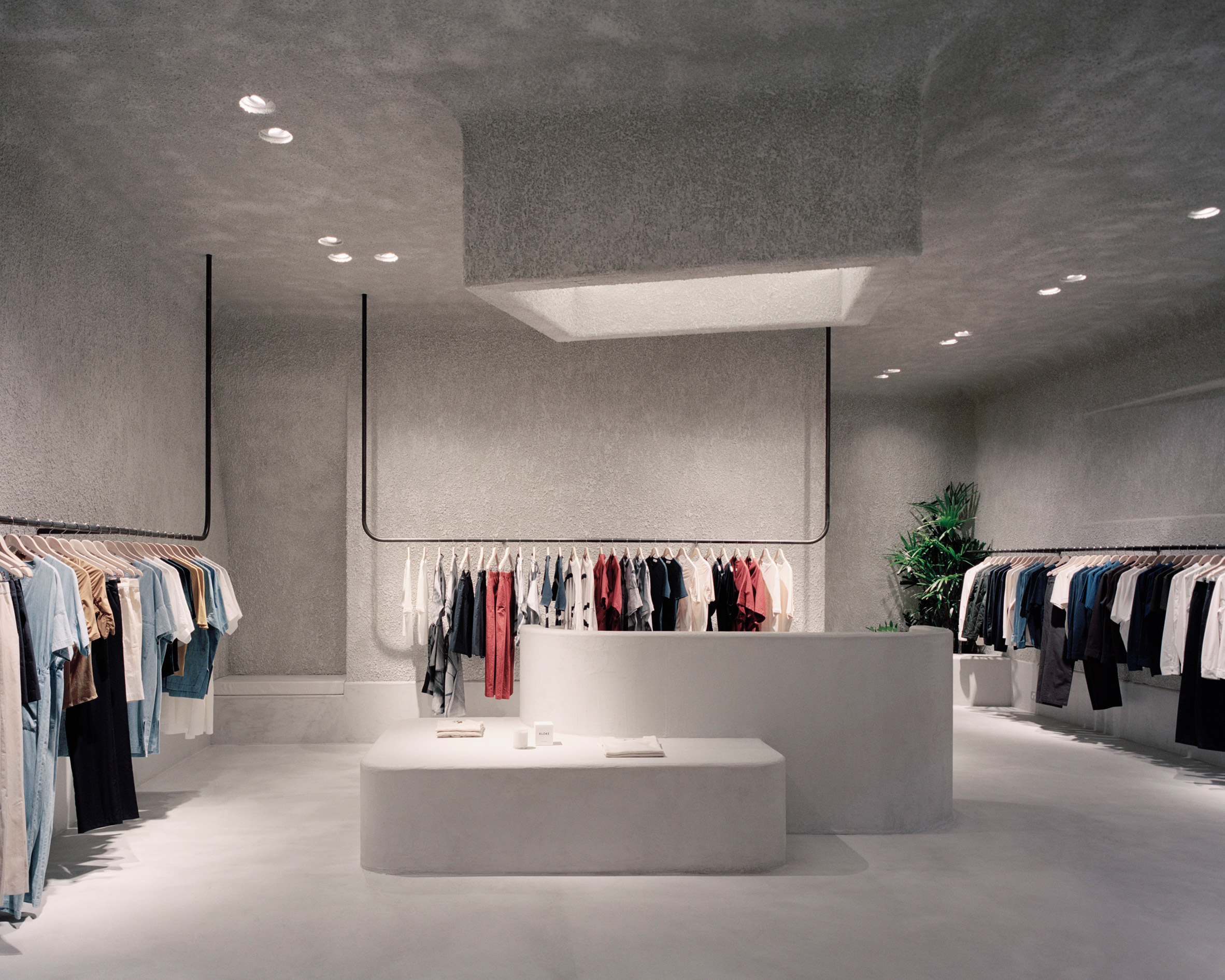 “The aim was to convey a sense of mass, as if the space had been carved out as a single, sculptural object,” said studio founder David Goss.

“The intention was to create a sense of curiosity and calm whilst encouraging enquiry into the different elements of the store,” added Adam Coombes. 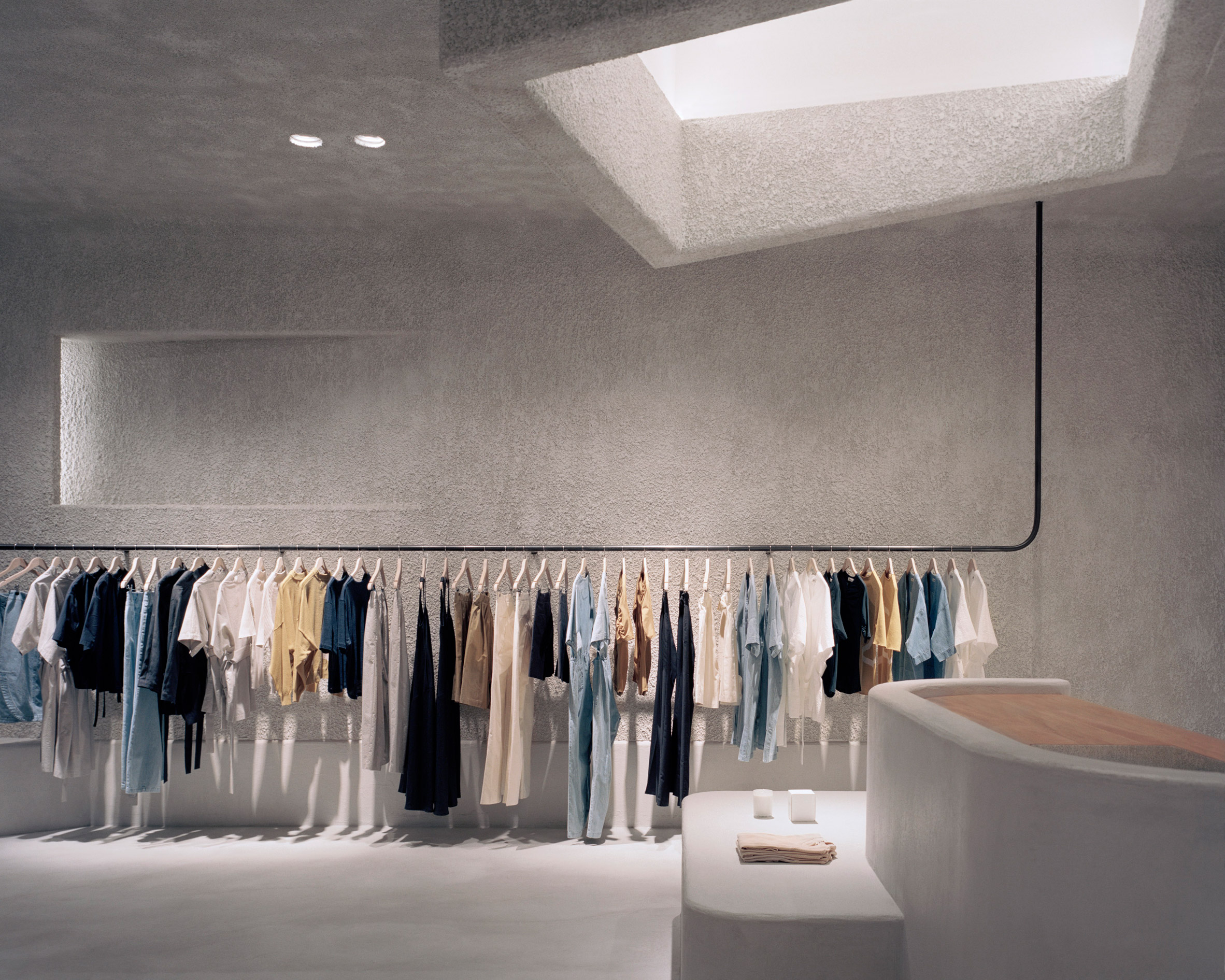 Smooth concrete has been used to craft chunky display stands, one of which has been embossed with the brand’s logo, and a curved cash register.

Touches of warmth are provided by panels of Australian mahogany that border the shop’s front glazed wall and timber storage drawers, while further textural interest is added by leafy potted plants that have been placed in the room’s corners. 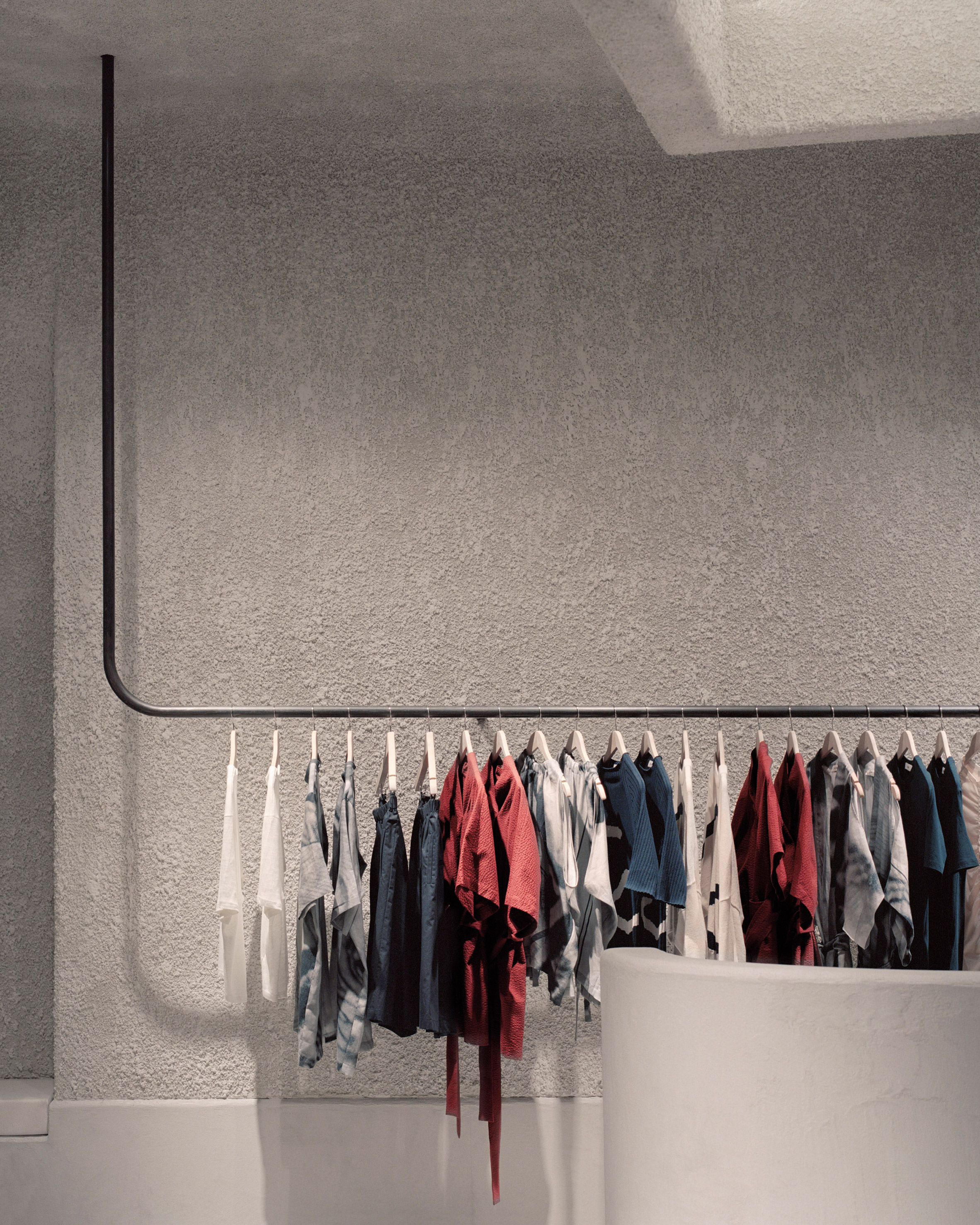 Other practices that have played with sculptural forms and unusual textures in their design of retail projects include architect Eduard Eremchuk, who created pink furry changing rooms for a concept store in Russia. Snarkitecture also used billowing clouds of white fabric to line the inside of a pop-up shop in Milan.

Photography is by Rory Gardiner.