The latest addition to the Soho House portfolio in Amsterdam takes its cues from the art, architecture and antiques of the Dutch capital.

Soho House Amsterdam has moved into the Bungehuis, a former trading office on the Spuistraat dating from the 1930s, offering up 79 bedrooms, a rooftop pool, and club facilities to its members.

Six stories high and clad in limestone and granite, the imposing Bungehuis was used by the University of Amsterdam from the 1970s until recently. However, many of the original interiors details remain, and it was these that served as a springboard for the club’s design identity.

“We had a lot of existing fabric that we could take inspiration from,” Soho House design director Linda Boronkay told Dezeen. 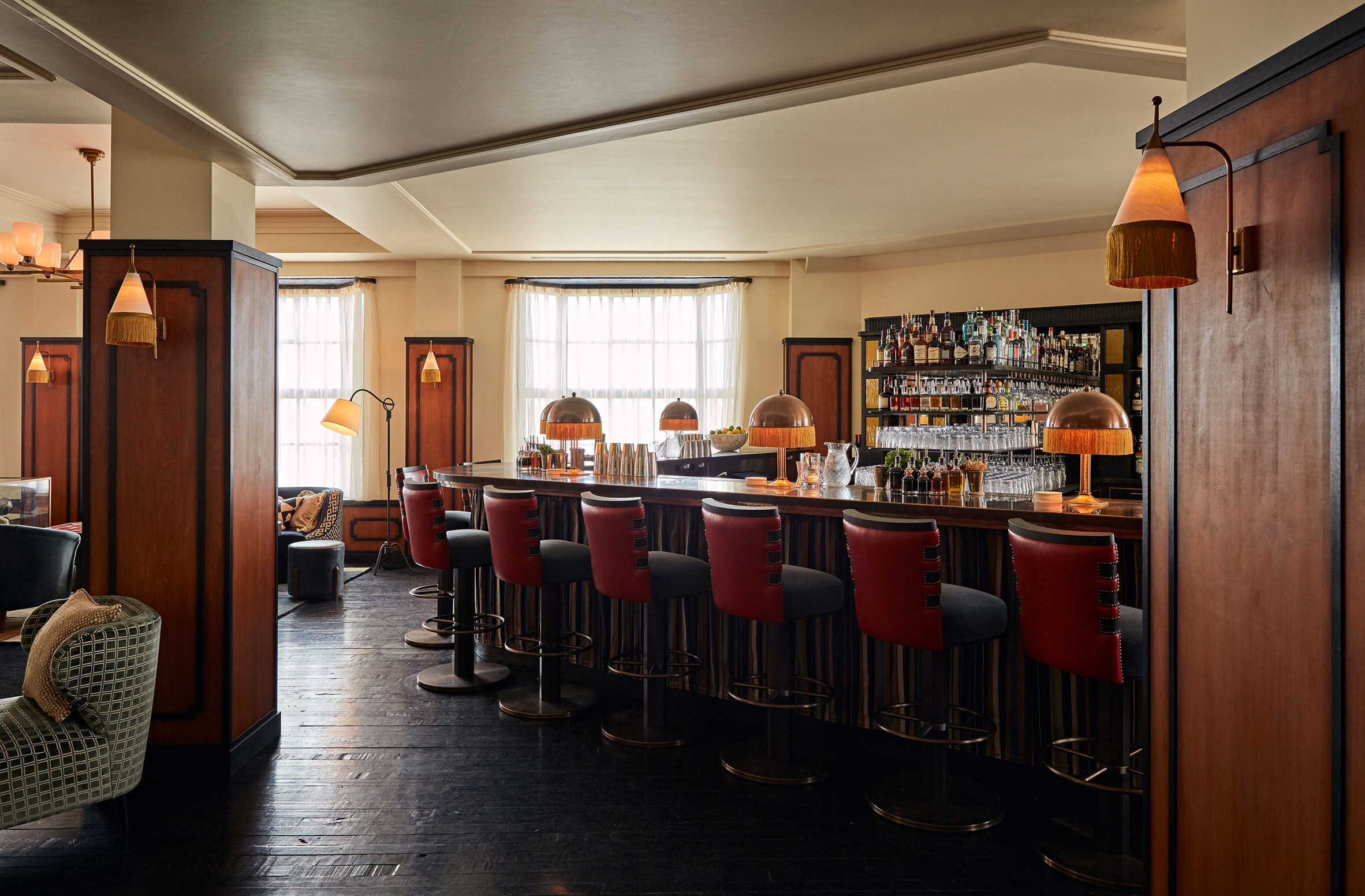 Glazed ceramic tiles in rich shades of blue, stained glass windows, beech timber paneling, and marble and travertine lined corridors were already in situ, providing a backdrop for the design team to bring together elements they found in and around Amsterdam.

“We have something that is unique to us. We live and breathe the city, we move out there and the team has been living in Amsterdam for the past nine months,” she explained.

“They become locals, they get to know the city really well and they understand the people and the culture. We try and shape it to each and every city when we open a new place, so it’s a true representation of the area and the culture.”

The palette of rich blues, greens and ochres drawn from the pantheon of Dutch golden age artists such as Vermeer and Rembrant, and the post-impressionist work of Van Gogh.

Up on the rooftop the blue tiles were picked out to match the glazed ceramic tiles found in the building’s bay windows. The burnt orange of the fabric used to cover the sun loungers was chosen for contrast, and its longstanding association with the Netherlands. 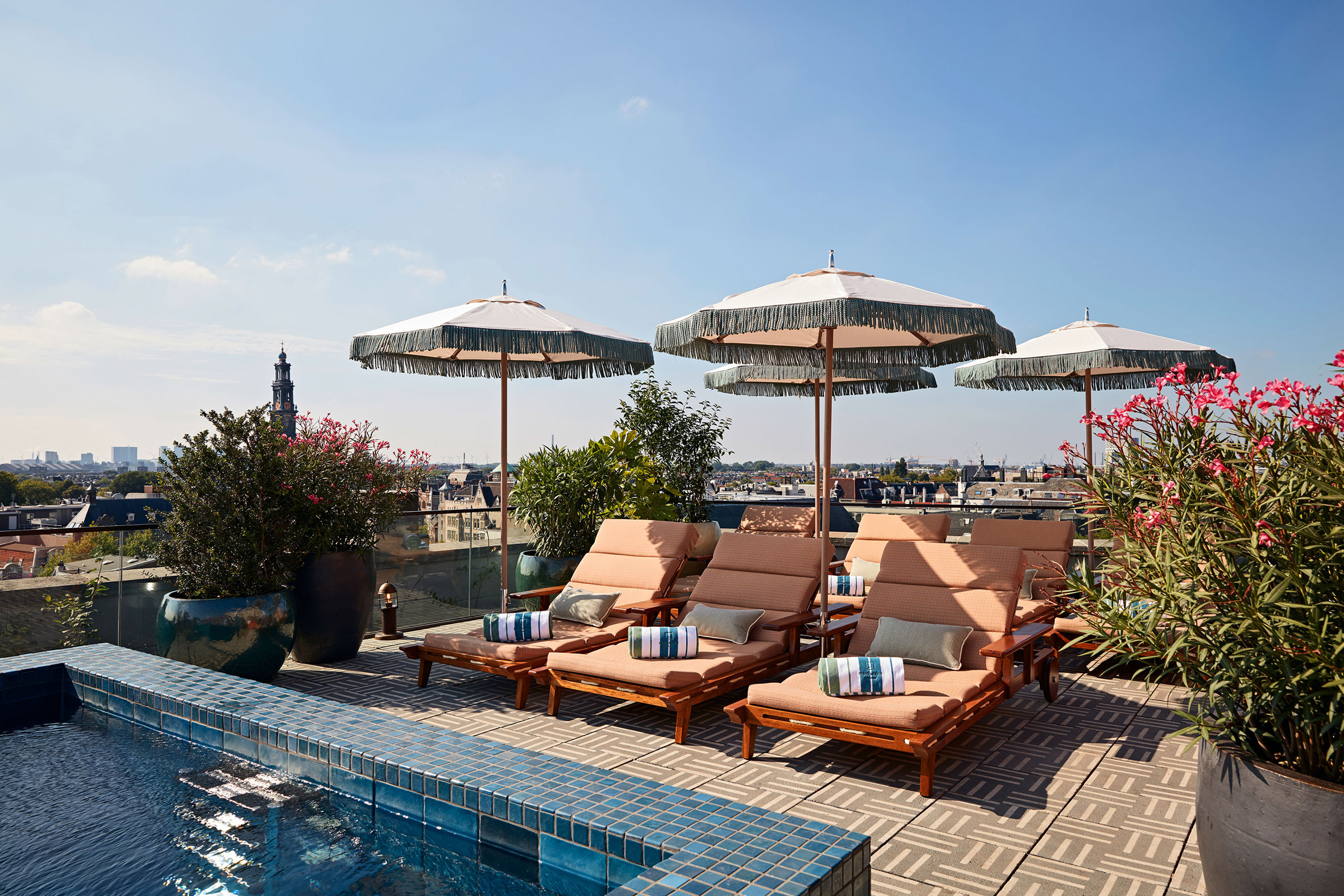 On the club floor of the building the bar – always a focal point for a Soho House – is clad in fabric. This was chosen after a visit to one of Amsterdam’s historical sites, Ons’ Lieve Heer op Solder, a hidden church built in 1663 in the attic of a house.

“Instead of wallpaper or paint they often used fabrics, and it was a pleated fabric with big thick studs that we found very beautiful and wanted to recreate something in the club,” Boronkay said. 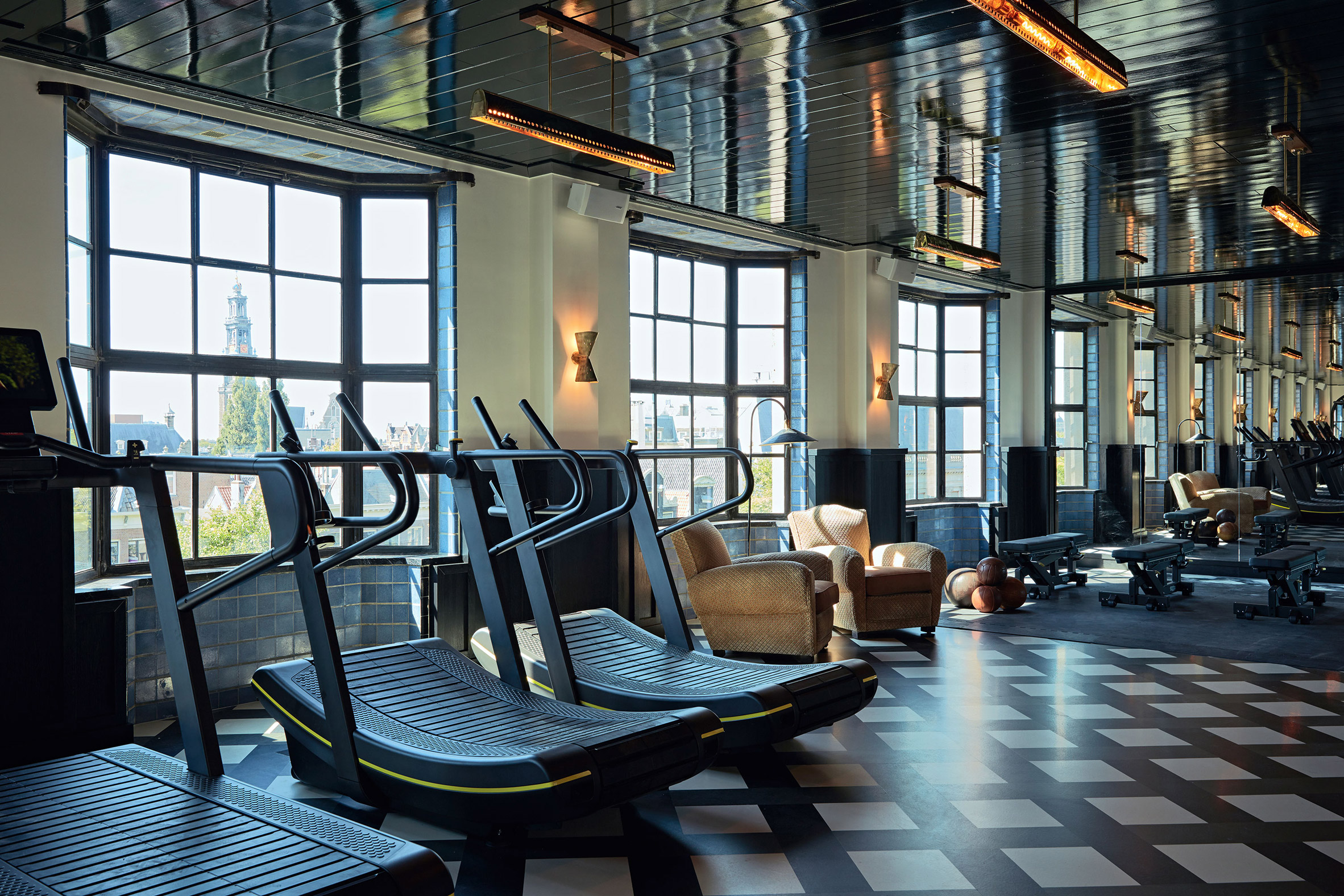 For the ceiling of the gym the interiors team chose a high gloss green called Herengracht, a colour named after one of the city’s canals that every house must paint their front door in.

Some pieces of furniture are ordered bespoke for the club, but many are antiques gathered from markets around Holland. 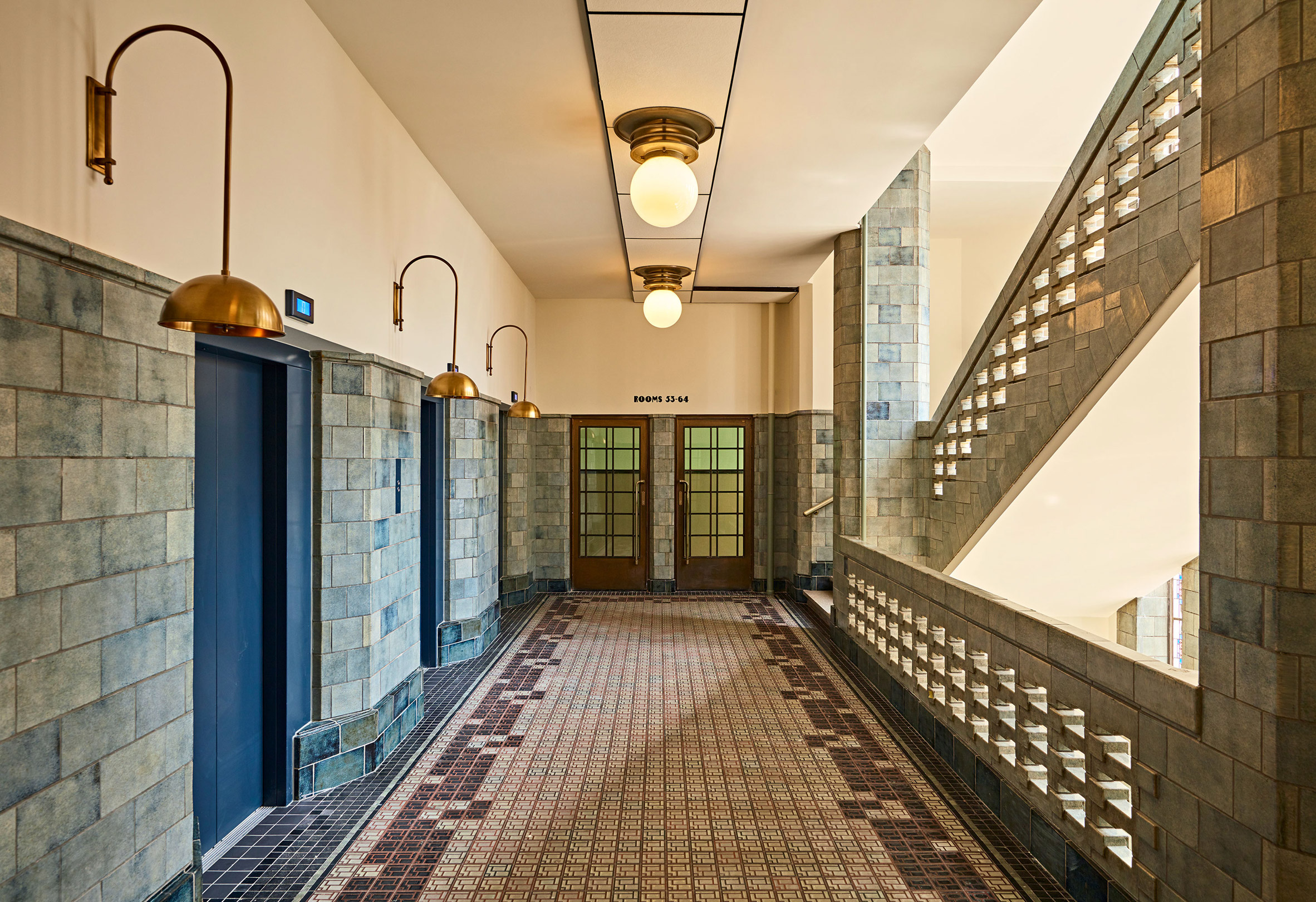 “We collect them over the course of years when we are building up a project,” said Boronkay, who envisaged the club areas as a living room where the owner had “collected pieces over the years”.

“We always wanted to create a club that was very vibrant and stimulating, because most of the time around the year in Amsterdam it can be quite cold and grey and rainy so we tried to create a shelter for the members,” she added.

“The core of our value is to create a space that is very, very comfortable. It feels like someone’s home.” 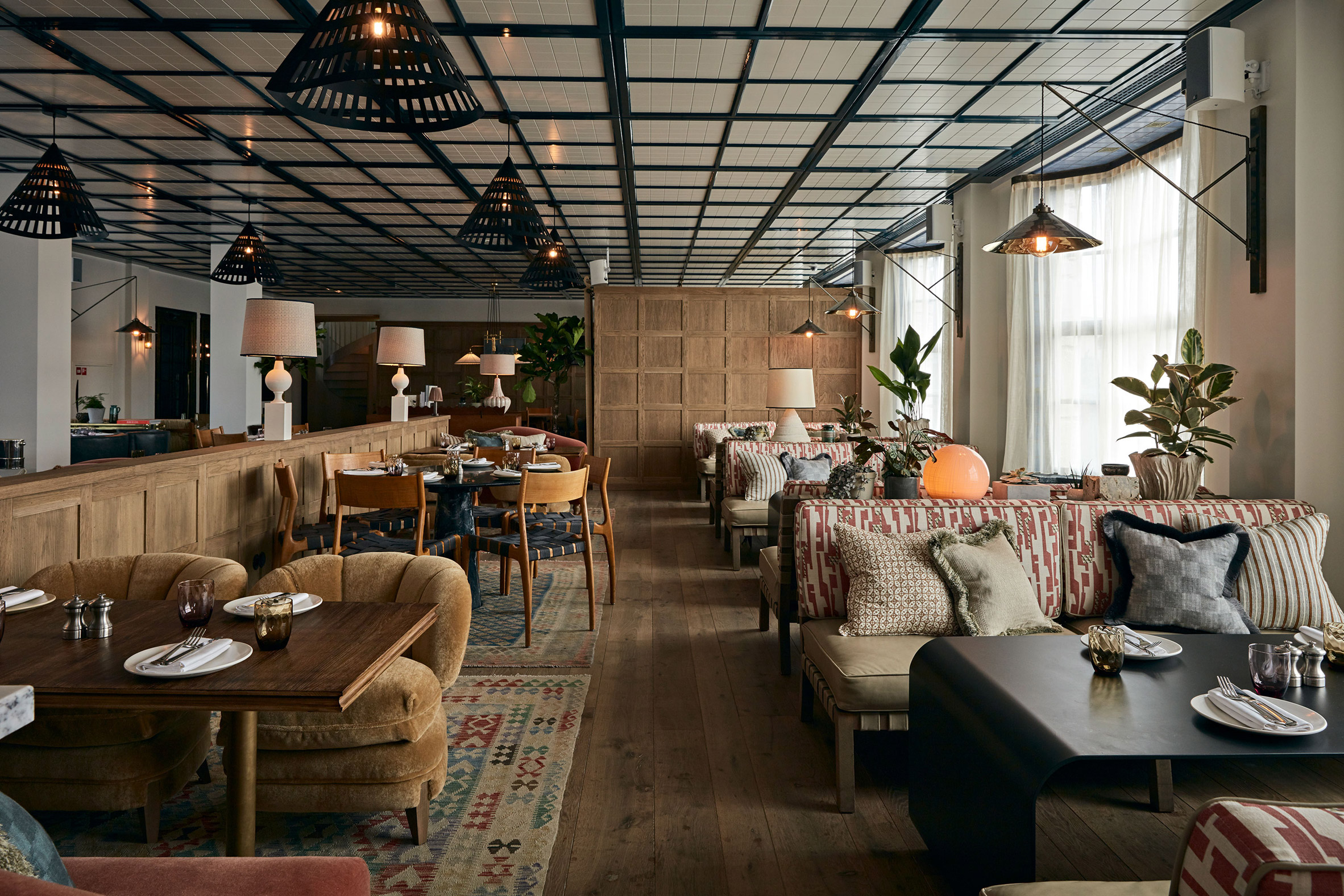 The hospitality group has also turned a 1920s bank in the City of London into an opulent hotel, club and dining venue called The Ned.

The post Soho House opens in Amsterdam with a colour palette drawn from the Dutch Masters appeared first on Dezeen.