House V replaces a property that had been built on the site nearly 80 years ago, but over time had fallen into complete disrepair.

“The structural analysis showed that the load-bearing parts were not in good condition to even consider reconstruction, so we decided to dismantle the whole house brick by brick,” Skoček’s eponymous studio told Dezeen. 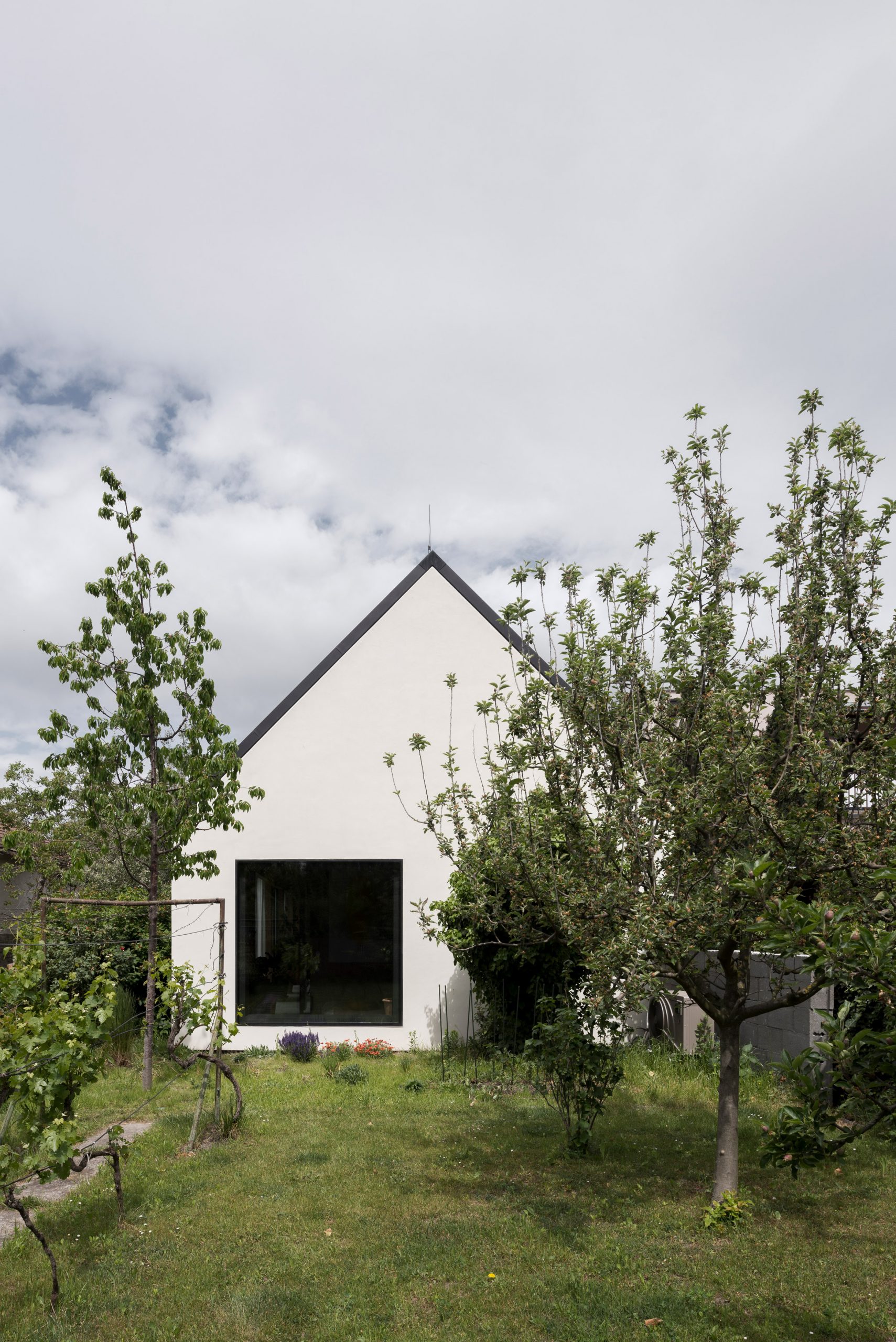 The new 185-square-metre home, which is occupied by a young family of four, has linear massing and a gabled titanium-zinc roof, emulating the shape of traditional agricultural buildings that dot the rural outskirts of Bratislava.

It also has a smooth, white-painted facade and aluminium-framed windows.

However, the studio didn’t completely do away with the bricks that formed the structure of the old house – they instead have been used to line House V’s interiors. 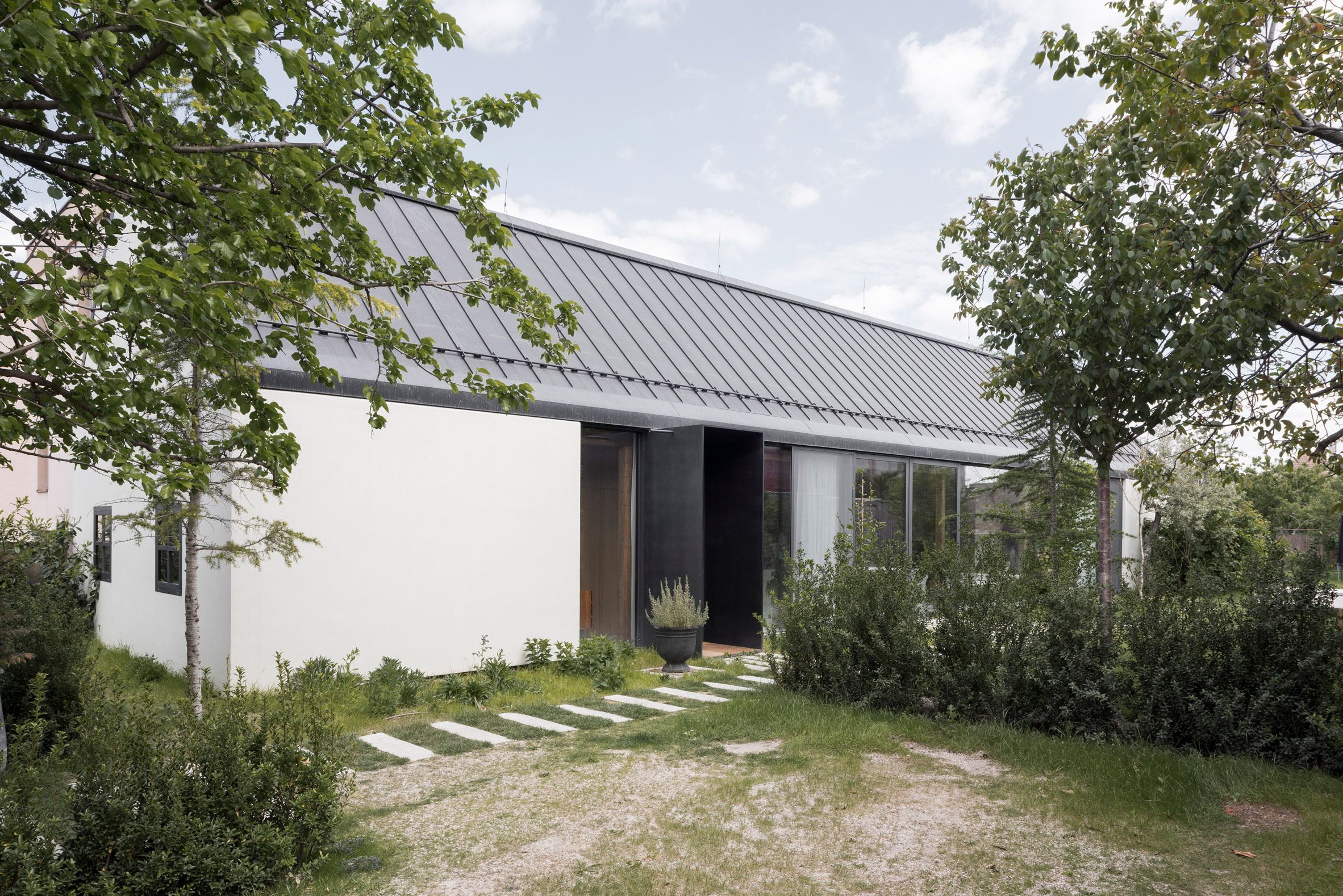 Bricks cover the peripheral walls of the open-plan living area that lies at the centre of the home.

The kitchen is at the rear of this space, anchored by a huge steel breakfast island. A quartet of spherical pendant lamps have been suspended overhead. 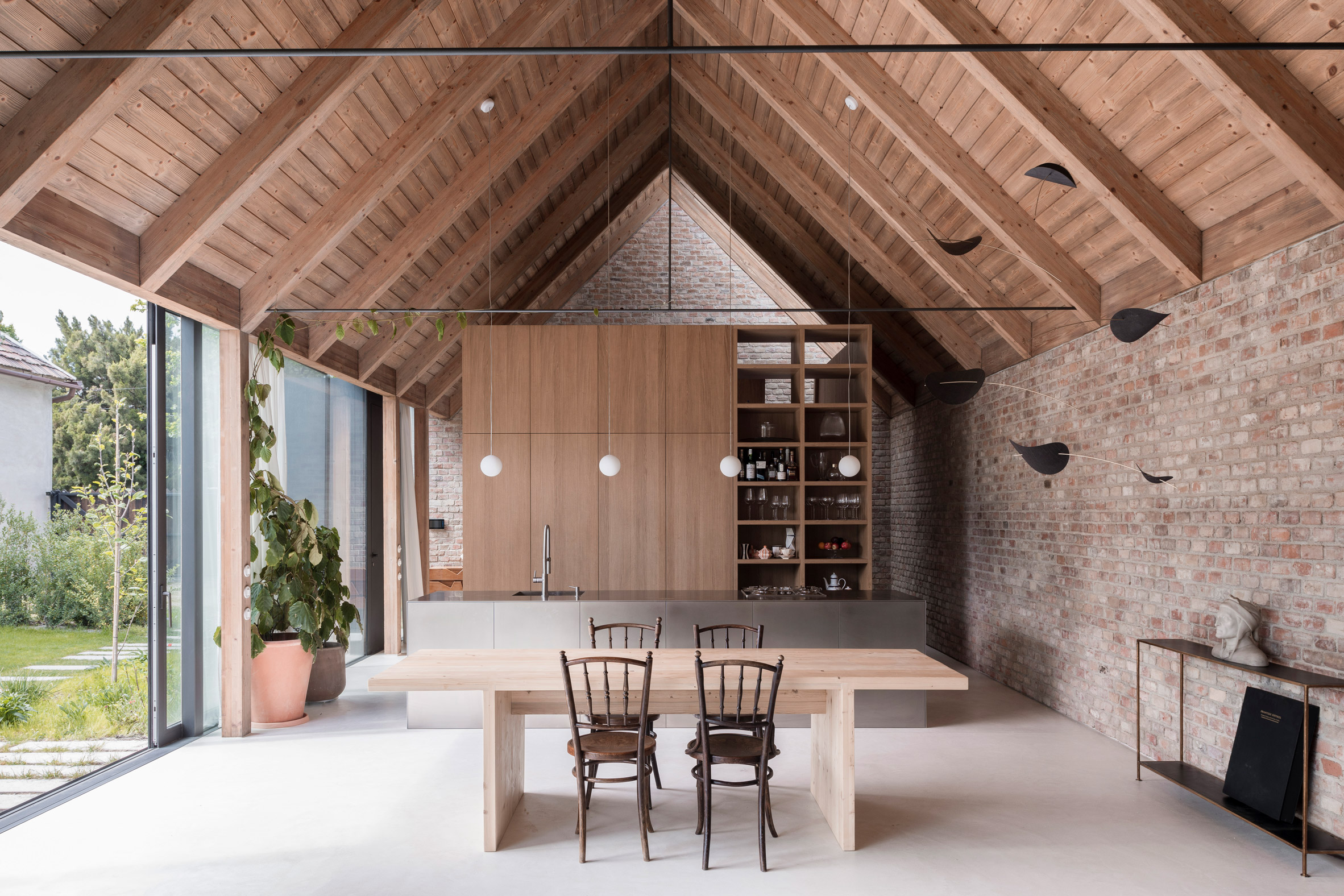 Inhabitants can keep food supplies and crockery in the tall oak storage cabinet that sits just behind, nestled under the trusses of the exposed-timber ceiling. This cabinet also hides a block of wash facilities.

Towards the middle of the space is a dining area centred by a wooden table, followed by a sitting area dressed with white soft furnishings.

Decor is provided by a handful of artworks and an Alexander Calder-style hanging mobile. The entire space is fronted by expansive panels of glass that look towards the home’s outdoor pool area.

“The plan arrangement is inspired by a three-part Slovak house where the central space becomes the so-called ‘pitvor’ – a front hall of the house oriented onto the garden,” explained the studio. One wall here is punctuated with a large picture window that offers views of the leafy trees and wildflowers in the home’s garden. Oakwood has been used to craft the full-height wardrobes at the back of the room and the bed’s headboard.

A narrow doorway leads through to a dramatic brick-lined en suite, where a freestanding bathtub has been placed in line with the apex of the pitched ceiling. 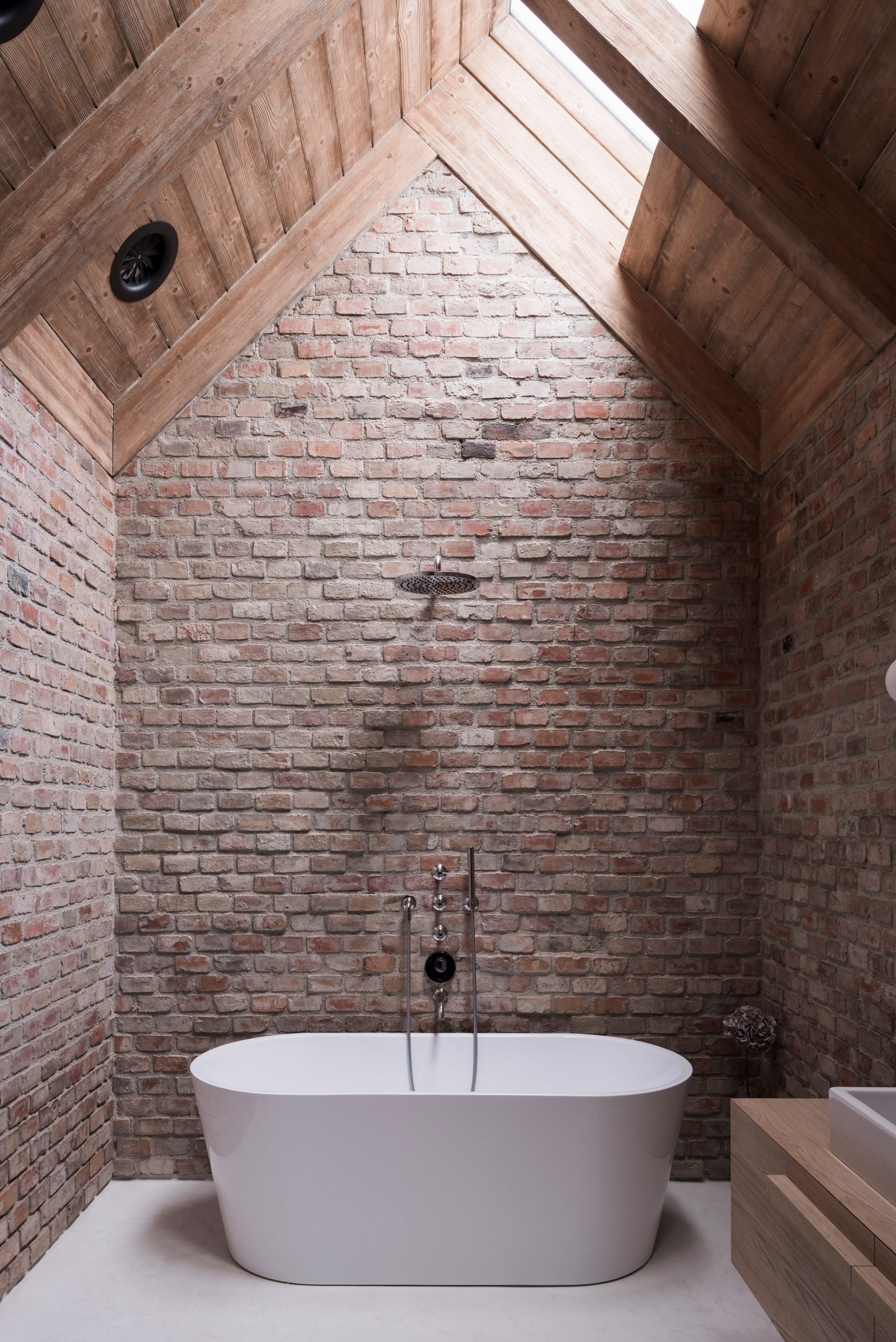 Sleeping quarters for the two children are on the other side of the house.

One of the bedrooms is on the ground floor, while the other is split-level – a small play area complete with a swing and a desk lies at the bottom, while the bed sits up on a mezzanine floor protected by playground-style netting. A short ladder is required for access. Martin Skoček’s studio was established in 2015. Much like his House V project, DomT house by architect Martin Boles in the Slovakian town of Stara Lubovna takes cues from agricultural buildings.

The home is clad with timber and has a gabled roof, beneath which are a couple of loft rooms where the inhabitants can work, relax and play.

Photography is by Matej Hakár.