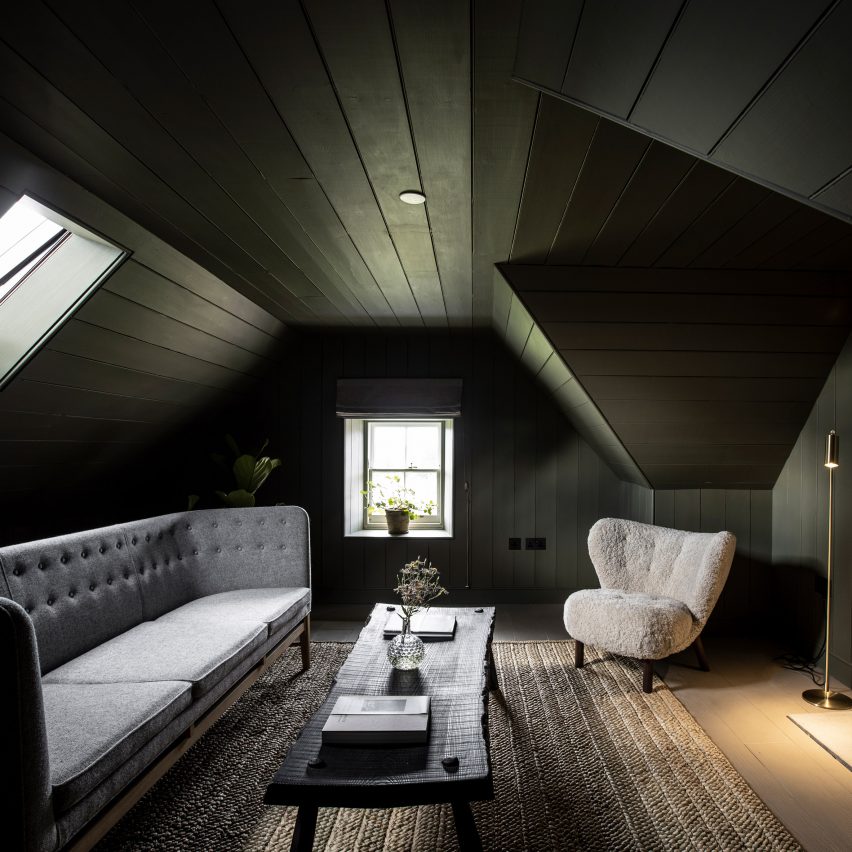 Preservation and hospitality organisation Wildland has collaborated with Groves-Raines Architects to convert former clergy living-quarters into an intimate guesthouse in the Scottish highlands.

Lundies House is nestled within the rural village of Tongue and takes over a former manse – a dwelling created for and inhabited by a Christian minister.

Standing since the 17th-century, the building has been transformed by Wildland‘s internal design team into a guesthouse that boasts “Scandi-Scot” interiors. 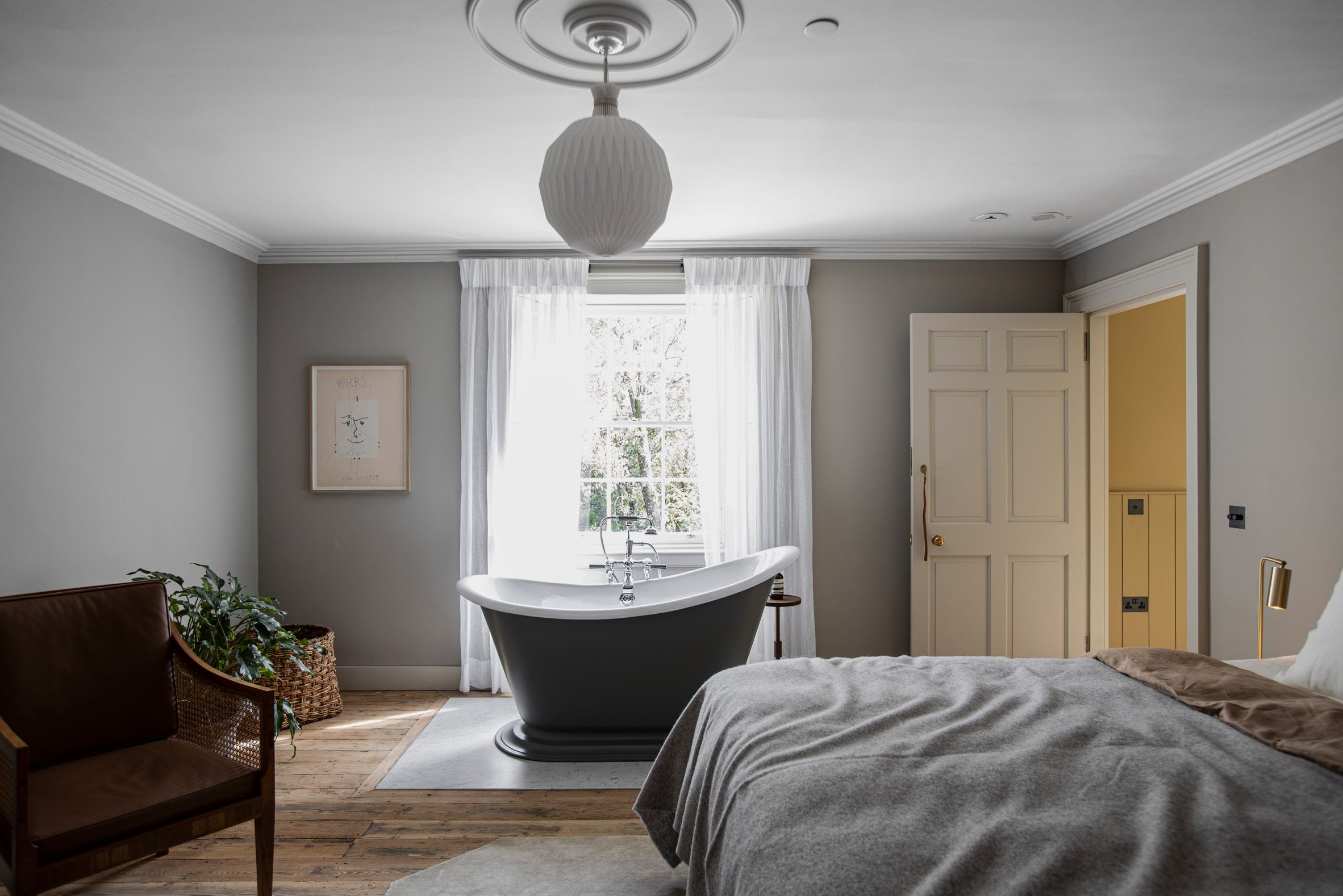 “[Lundies] is a marriage of the unique Scottish vernacular and contemporary Scandinavian design,” explained Wildland’s co-owner, Anne Storm Holch Povlsen, who developed the guesthouse with the organisation’s head of design, Ruth Kramer.

“The design is very much influenced by the respect for materials, making a piece of furniture as simple yet functional and long-lasting as possible.” 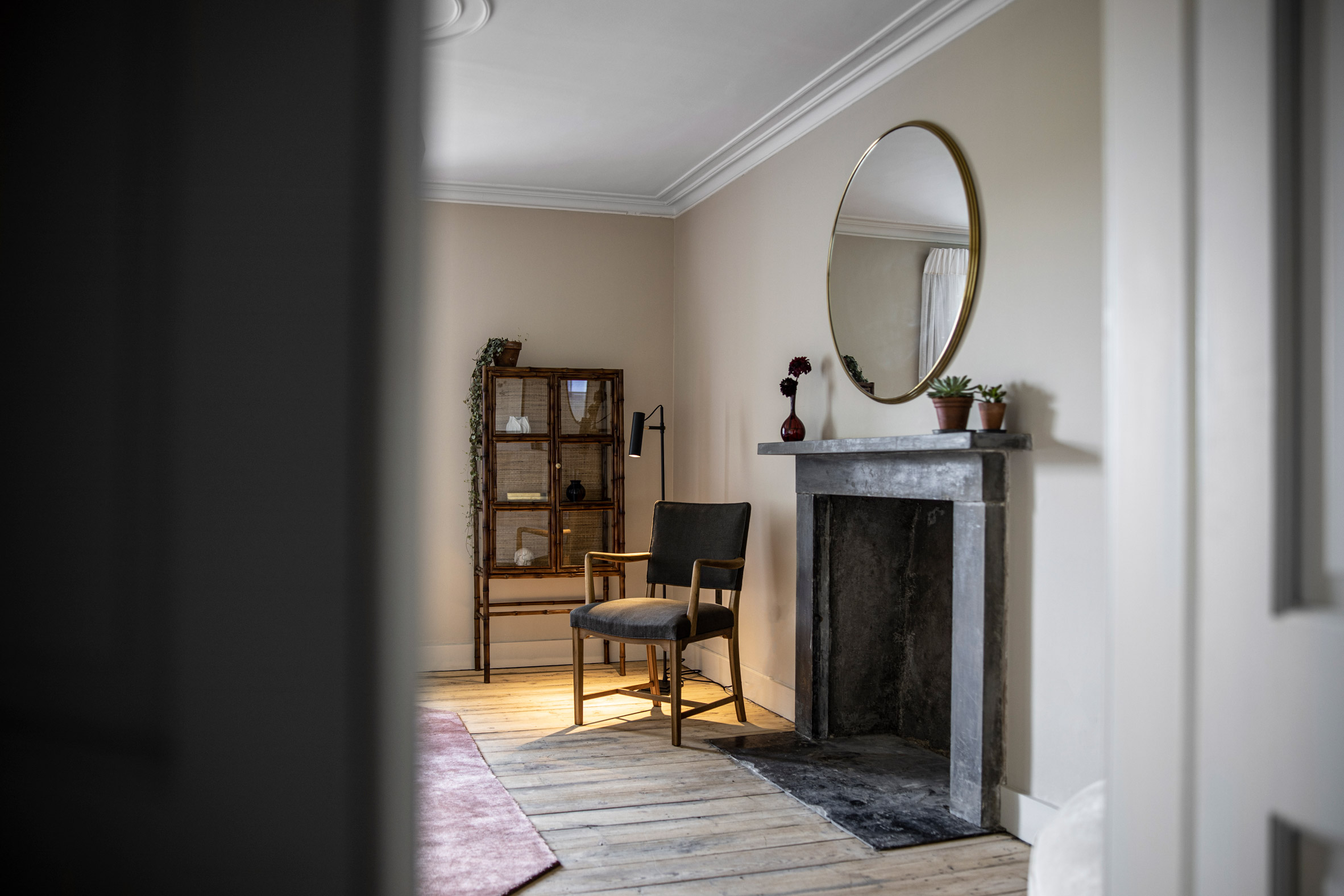 With the help of Edinburgh-based practice Groves-Raines Architects, the first floor of the building has been adapted to accommodate three neutral-tone bedrooms. Each one comes complete with a king-sized bed and ensuite bathroom. 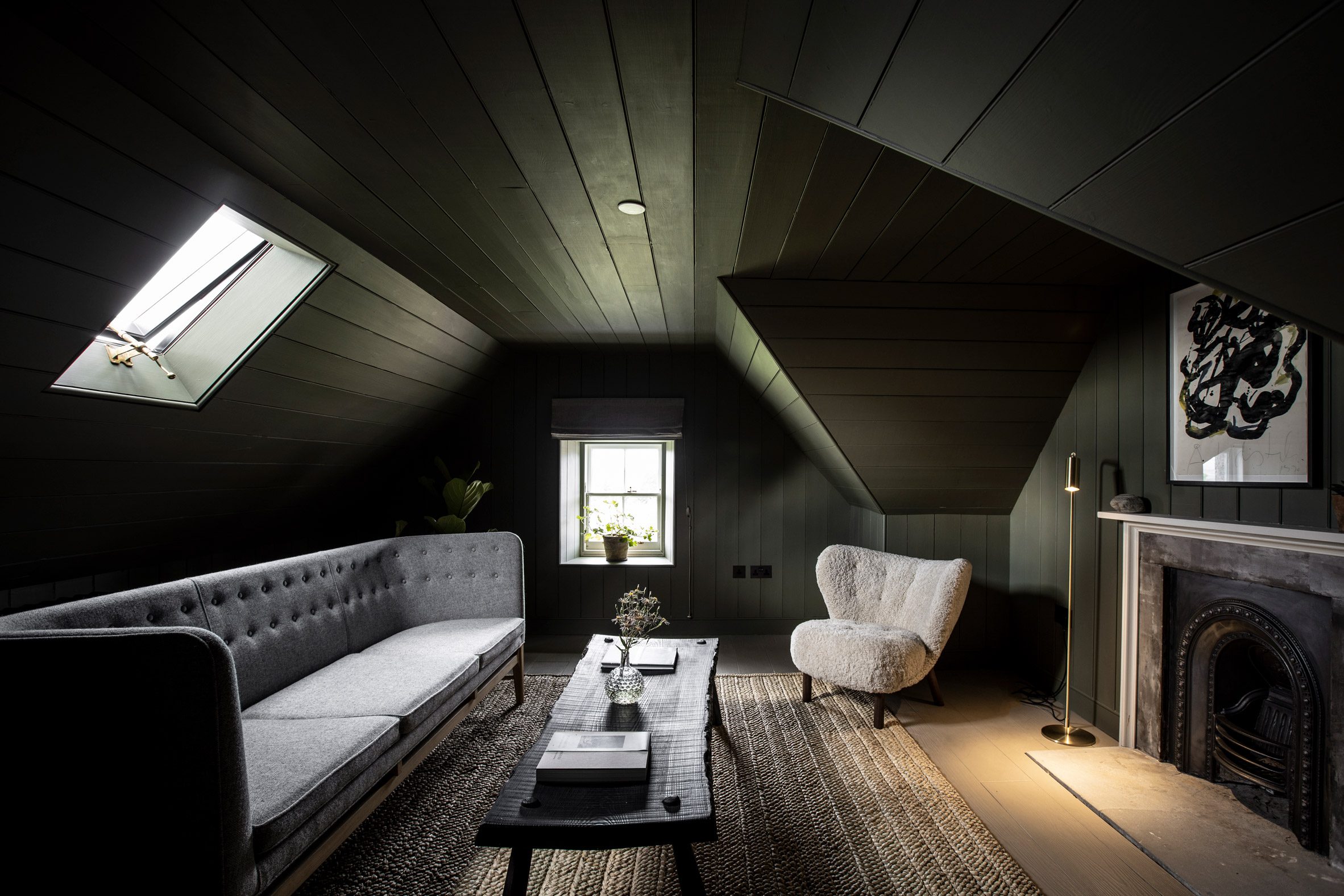 The top floor plays host to a private apartment, the Flora Room, which sees a series of living spaces slotted underneath the eaves of building’s roof.

Surfaces have been painted moss-green in the sitting area, which is centred by a grey sofa from Danish brand &tradition.

In the bathroom, a standalone tub has been placed beside a window that has views of a nearby loch and historic Castle Varrich. 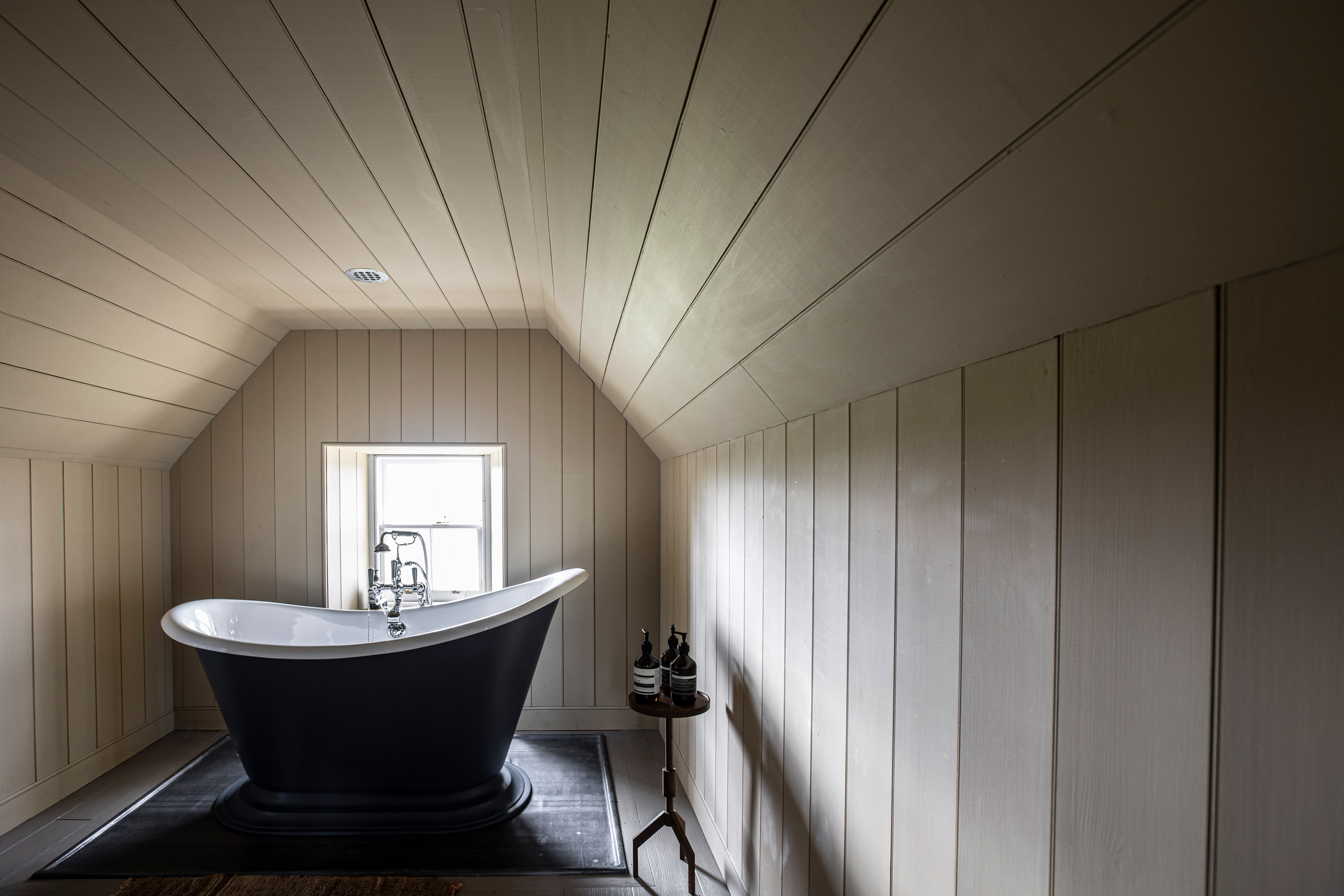 Communal spaces have been designated to the ground floor, where Wildland and Groves Raines have worked to reveal the architectural bones of the guesthouse – original features like flagstone floors and plaster moulding on the ceiling have been preserved throughout.

The guesthouse’s past is also hinted at in its name – Reverend Lundy was the first owner of the property when it served as a manse. 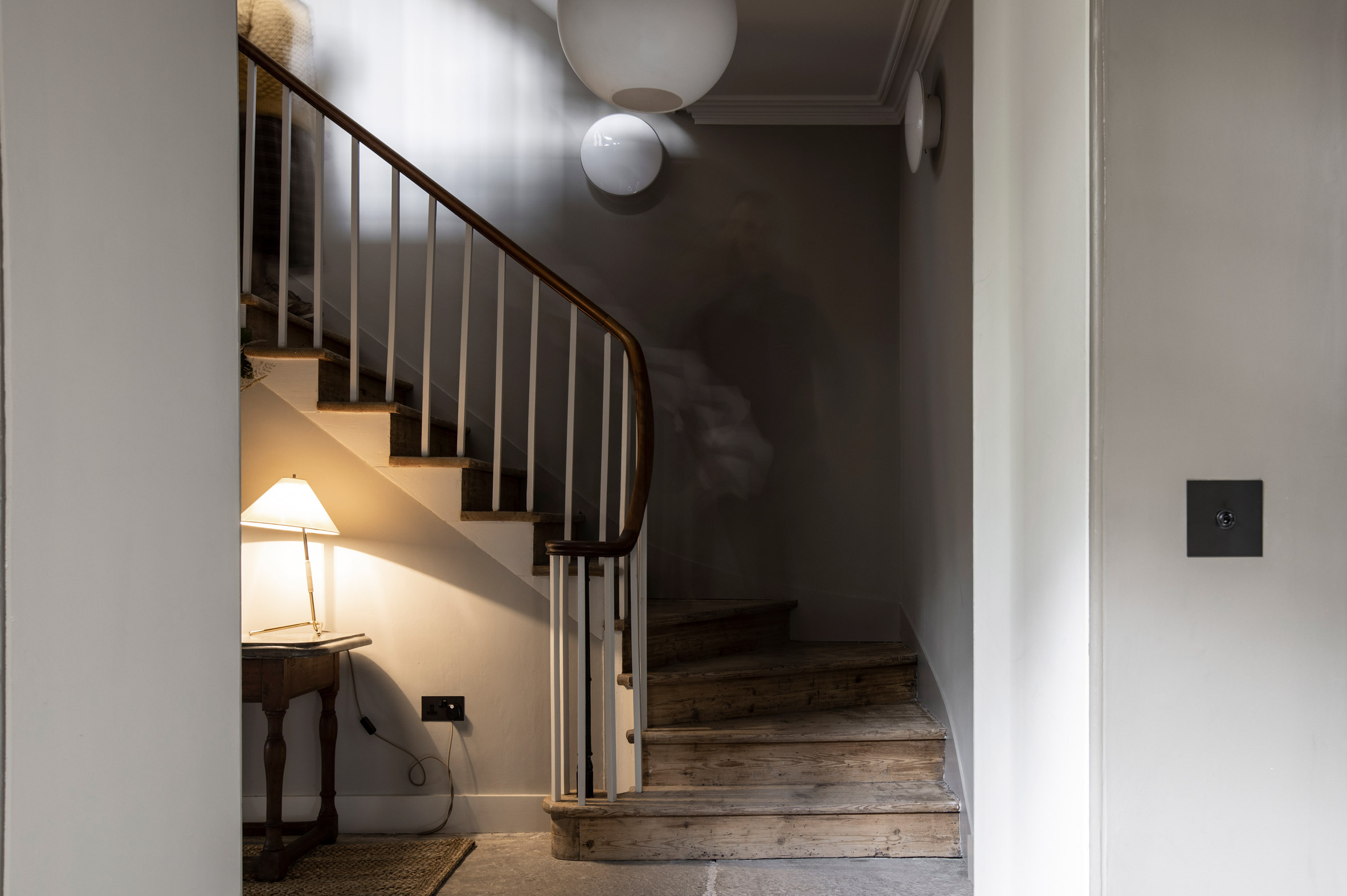 New features include a wall mural in the dining room by French artist Claire Basler, which depicts grasses and wildflowers set against a moody grey sky.

Oak bistro-style chairs have been placed throughout, along with marble-topped tables. 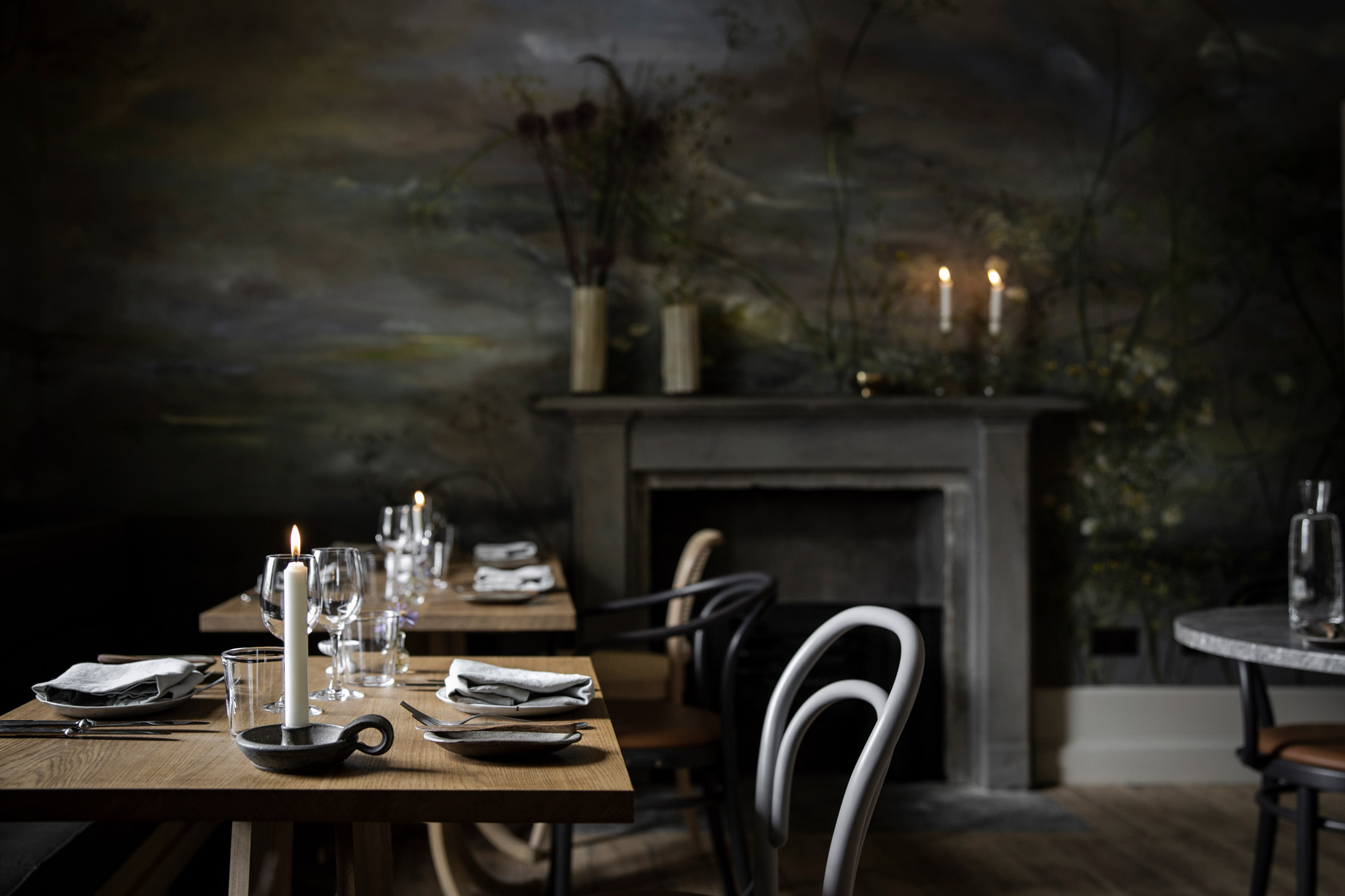 The adjacent living room has been dressed with a velvet sofa, woven rug and cosy armchairs upholstered in boucle fabric.

Random ornaments and paintings have also been dotted across the room’s mustard-yellow walls and full-height shelves – an effort by Povlsen to make guests “feel like [they’re] visiting an art collector’s private home”. 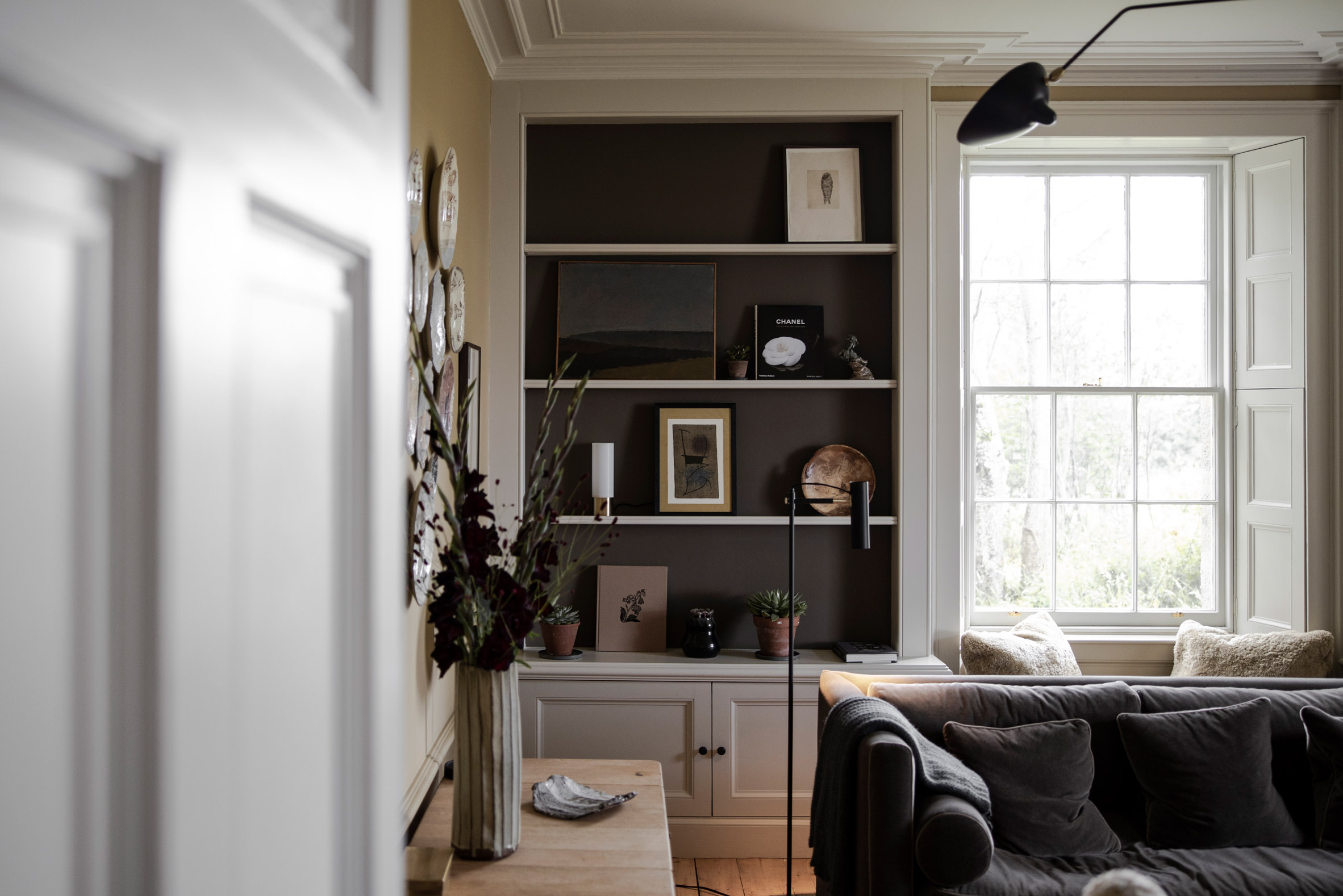 “We want Lundies to feel genuine and personal – not staged or contrived. Every item has been carefully sourced and selected,” added Povlsen.

“Sometimes it was easy for us to decide upon a detail in the interior – but sometimes we discussed it for a long, long time, before finding the right item, piece of furniture or colour for that matter.” 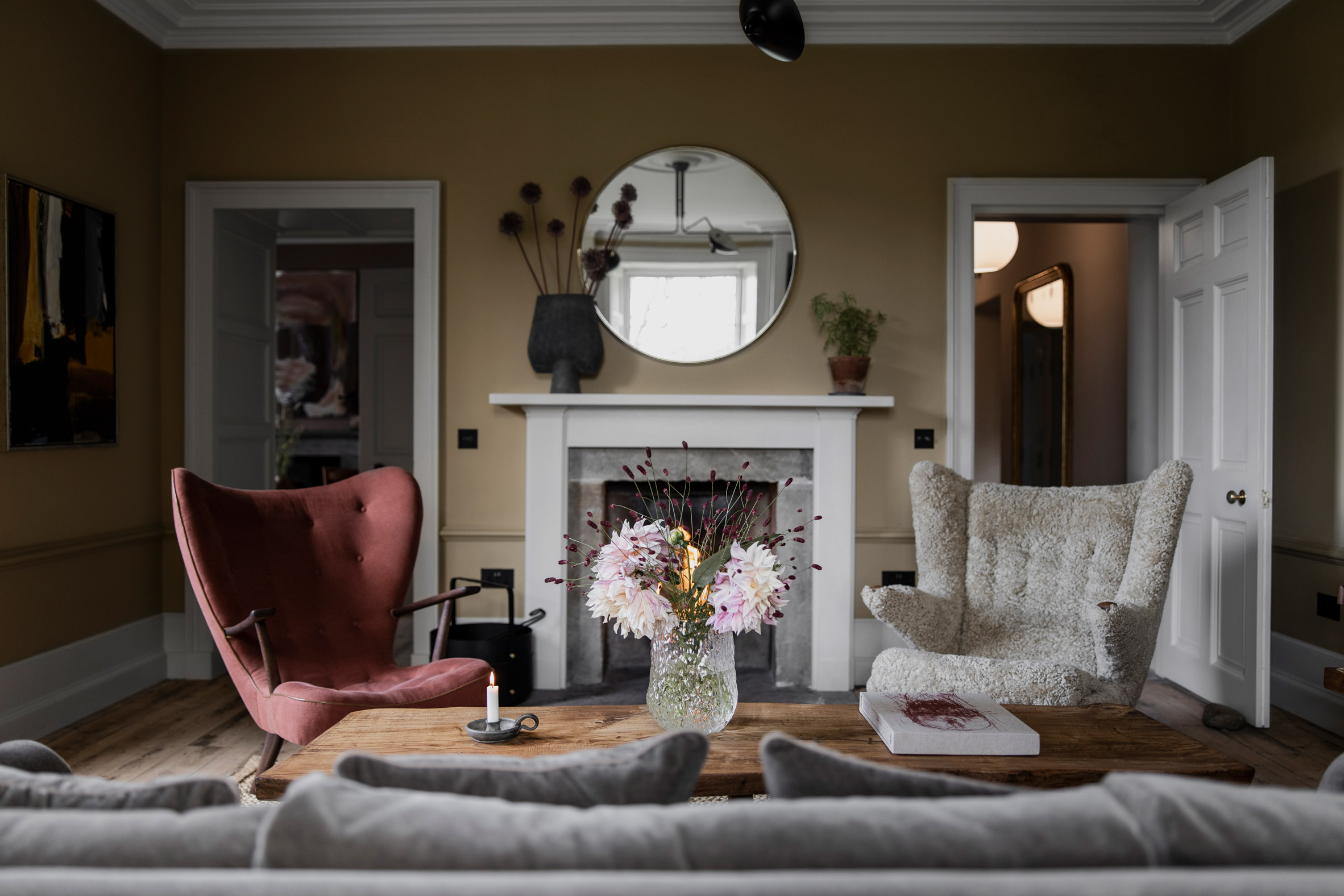 One of the site’s outbuildings has been converted into three further guest studios, which have been completed in a more natural material palette – bedrooms here feature exposed brick walls, flecked stone floors and timber joinery.

They look onto a central courtyard, which can be used as an outdoor dining space during the warmer summer months.

Another outbuilding forms The Bothan: a two-floor guest suite for families that includes self-catering facilities. 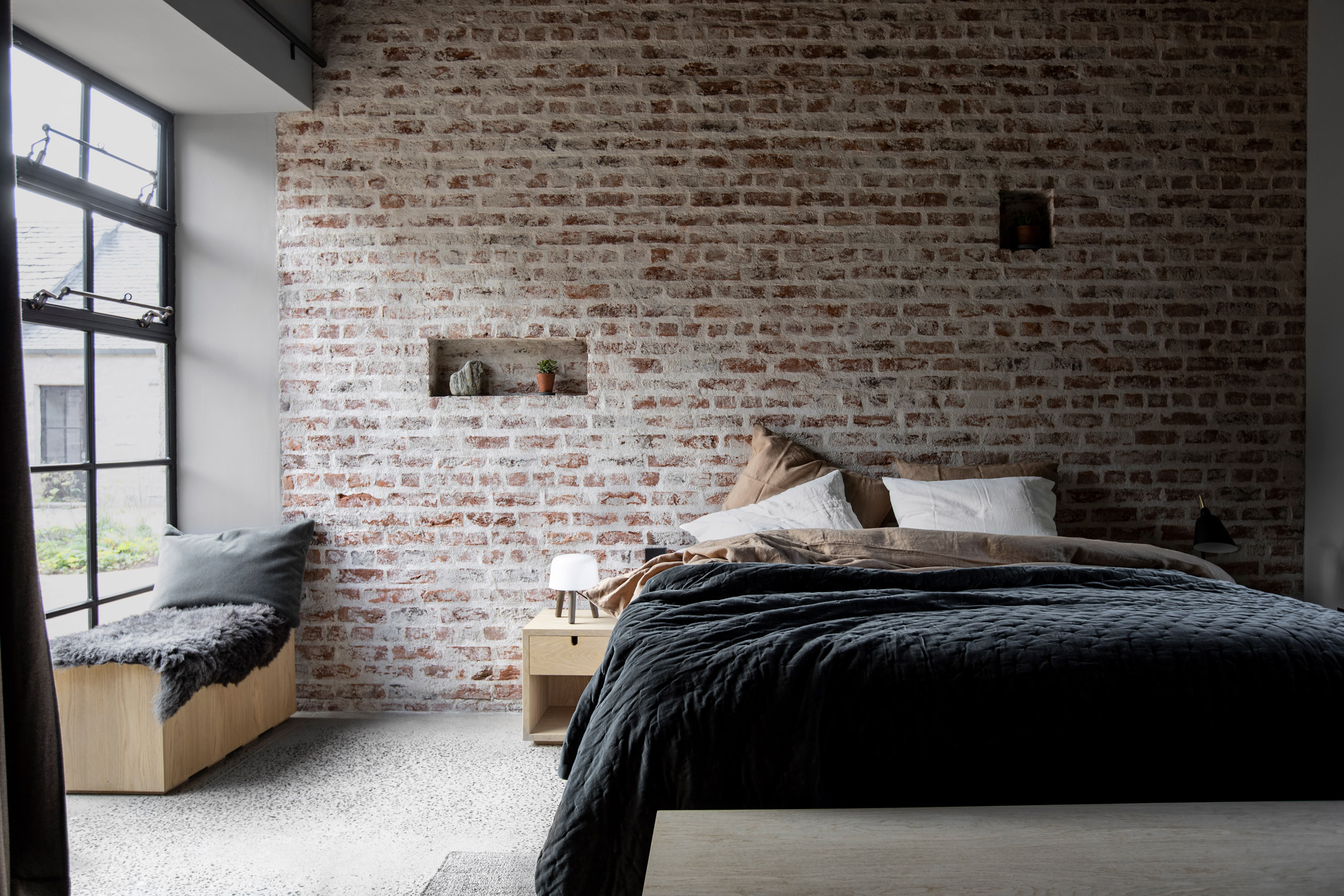 Wildland is headed up by married couple Anders and Anne Povlsen, who together work to conserve, protect and create environmentally conscious development options for remote areas of Scotland.

Last year, the organisation worked with GRAS – the sustainability-focused sister-studio of Groves-Raines Architects – to complete a contemporary holiday home in Tongue named Kyle House, which takes over a derelict cottage.

The post Lundies House is a “Scandi-Scot” guest home inside a 17th-century manse appeared first on Dezeen.