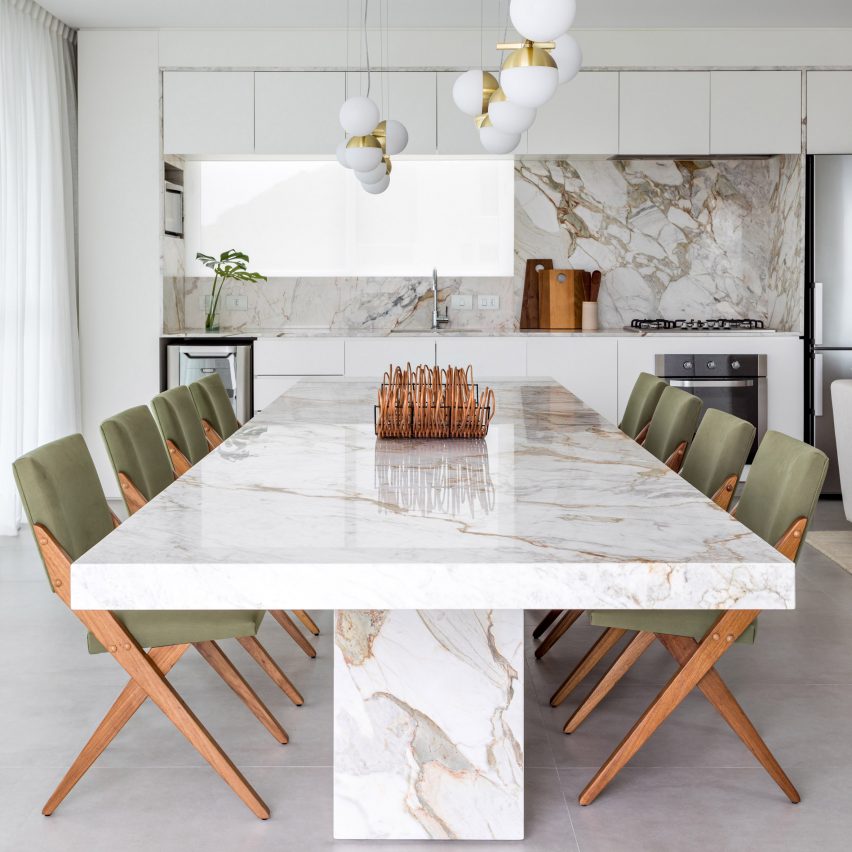 Architect Leandro Garcia has renovated an apartment for a family’s holiday home near the beach in Matinhos, Brazil and filled it with vintage Brazilian furniture.

Measuring 158 square metres, the three-bedroom unit is close to a sandy beach called Praia Mansa de Caioba and has views of the Atlantic Ocean. 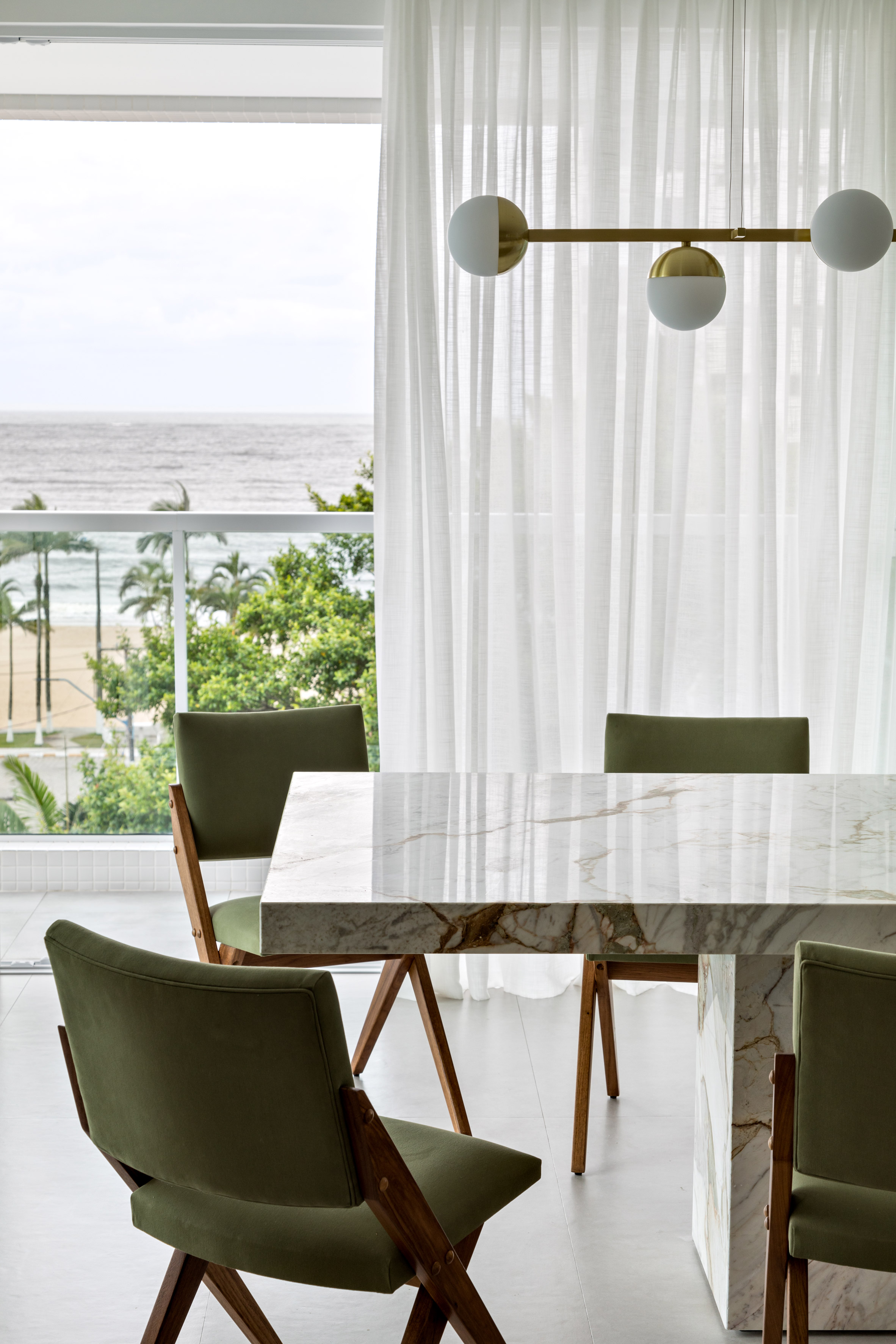 Garcia renovated the unit, aptly named Praia Mansa Apartment, by expanding the living area to feature an open-plan kitchen, dining room and living area. Walls at the entrance were removed and replaced with a bookcase made of local freijó wood, which is similar to American walnut. 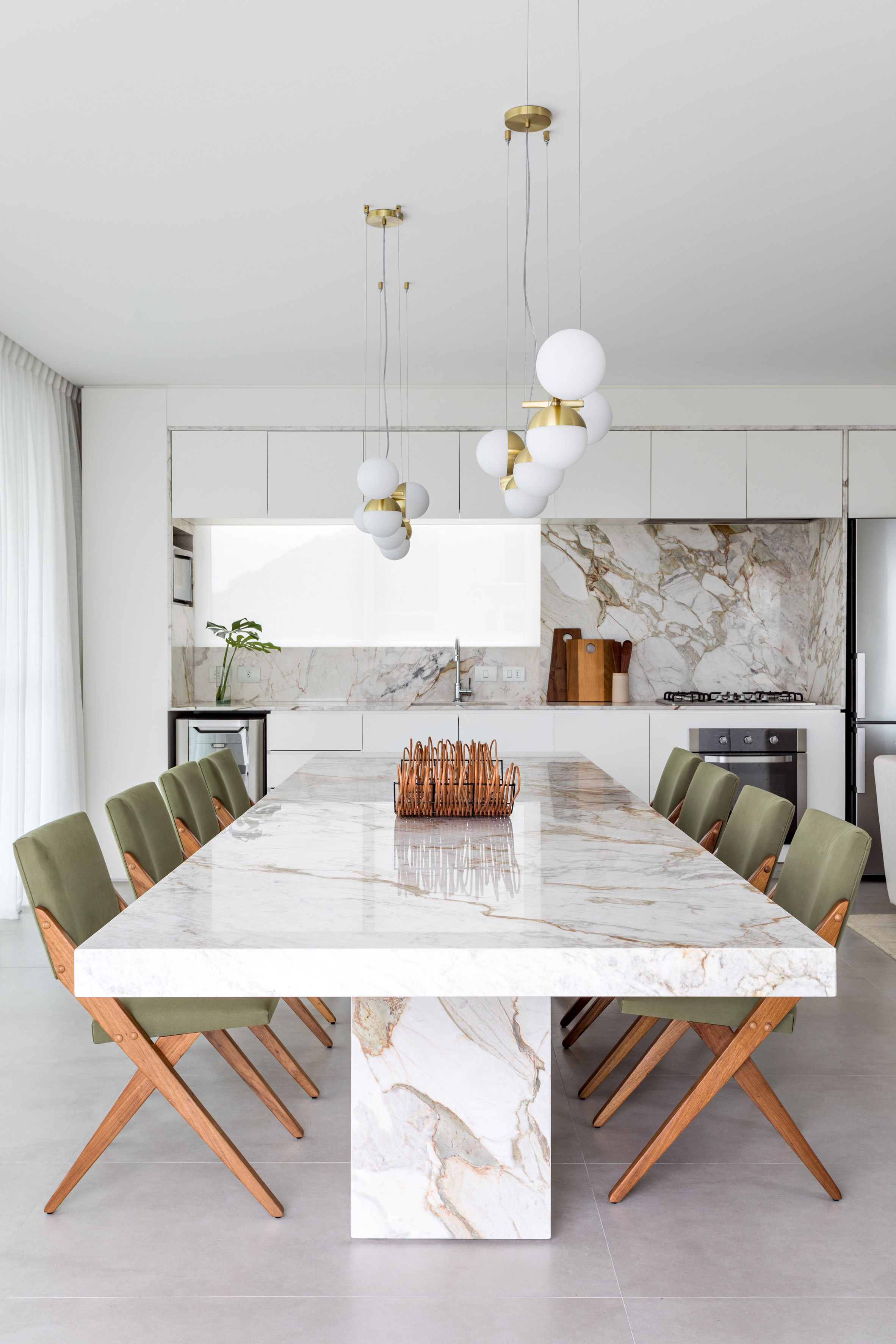 The wooden structure adds privacy to a hallway that accesses the three bedrooms. The cabinet has storage cabinets, a nook for the television, and open shelves for displaying objects, such as a Pião bowl by Curitiba-based Ana Penso and vases by São Paulo designer Nicole Toldi and Alva Design. 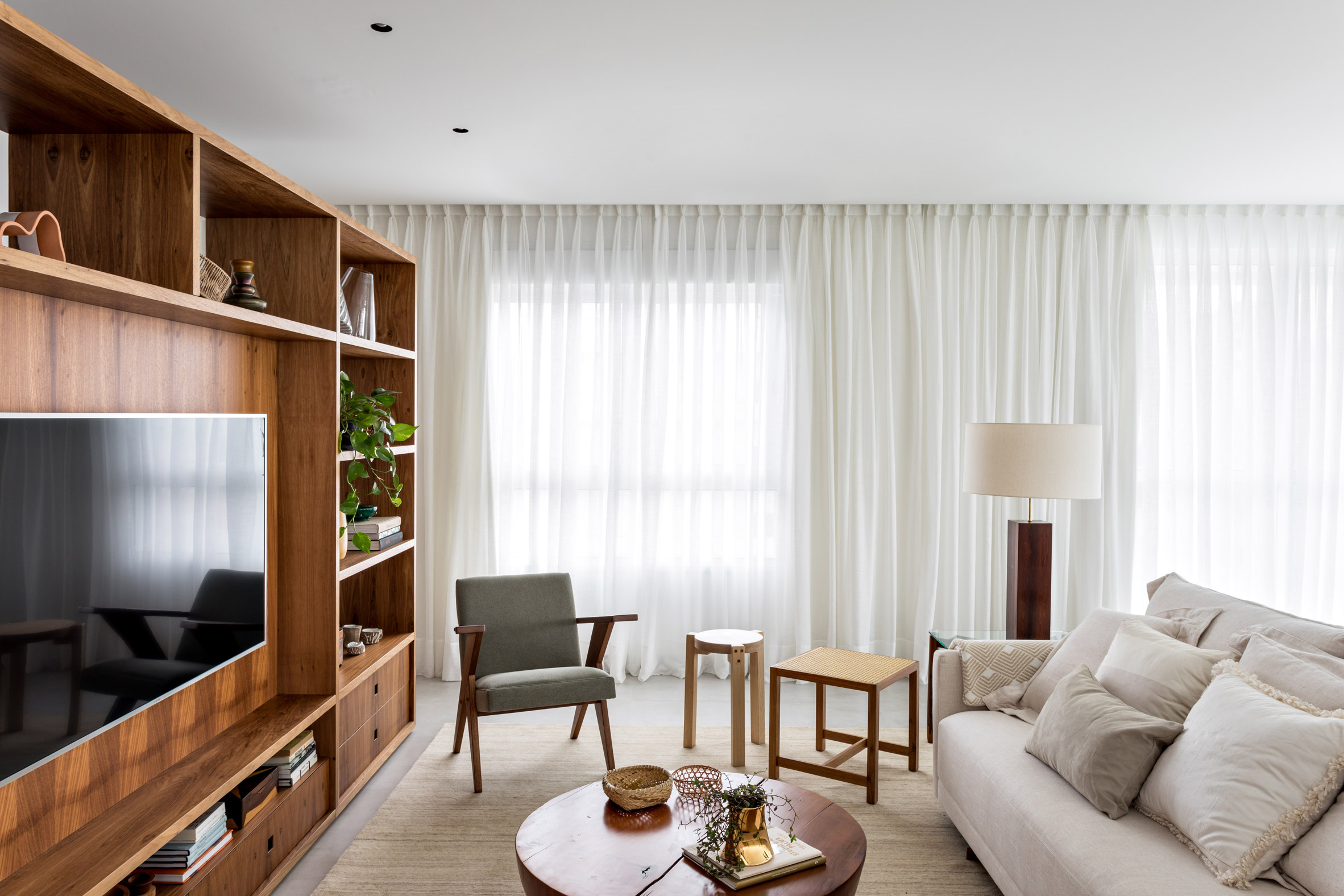 A host of Brazilian furniture designs feature in the apartment. In the living room is a jequitibá solid wood coffee table by Pedro Petry, a vintage table lamp and a vintage rosewood side table. 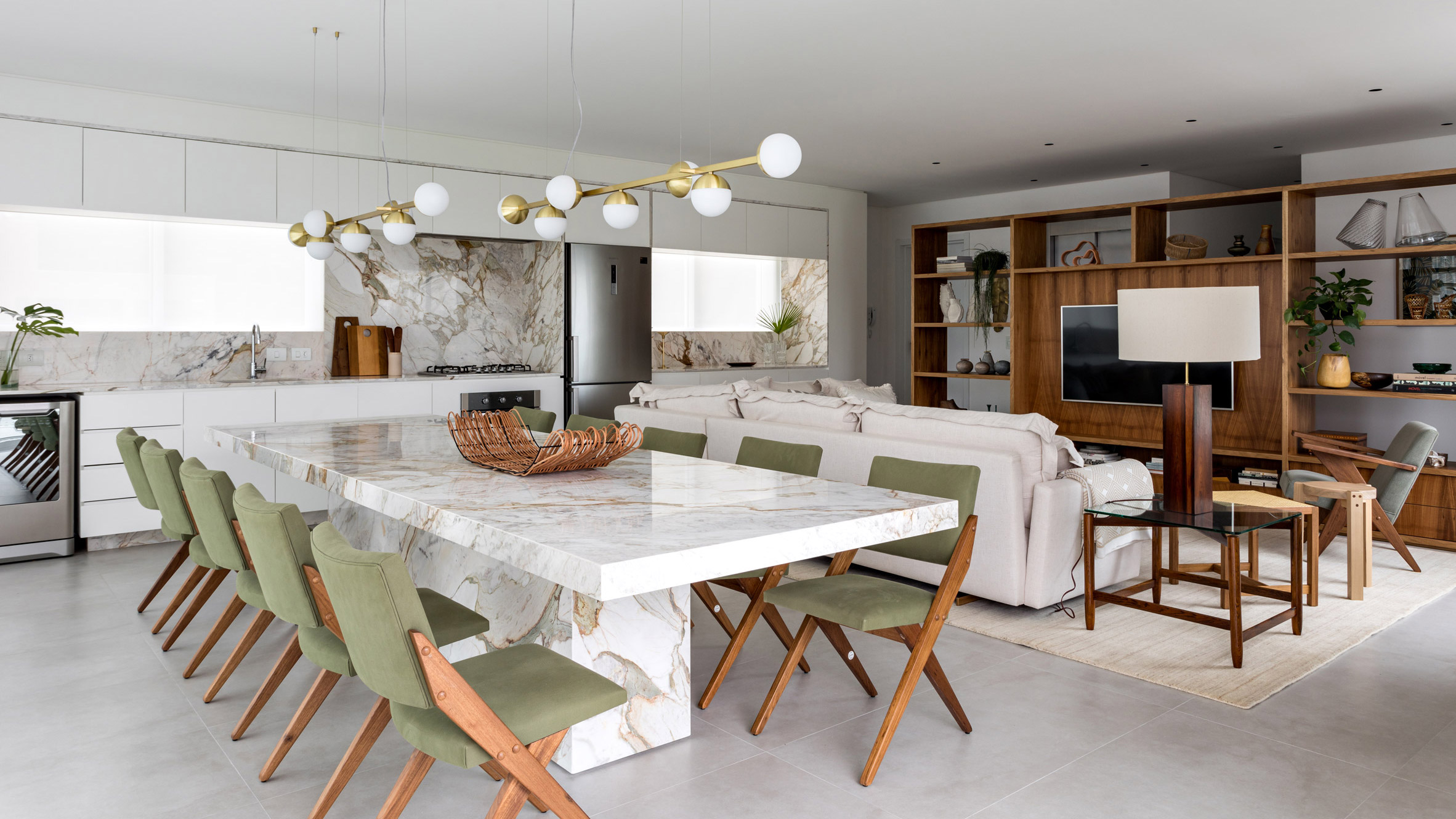 A cream, L-shaped couch anchors the sitting area, while the dining area is defined by a monolithic white Michelangelo Nuvolato marble dining table custom made by Garcia with light brown and grey veining.

Throughout the apartment are white walls and light grey tile floors for an overall bright aesthetic. Sliding glass doors are also covered with sheer, white curtains. 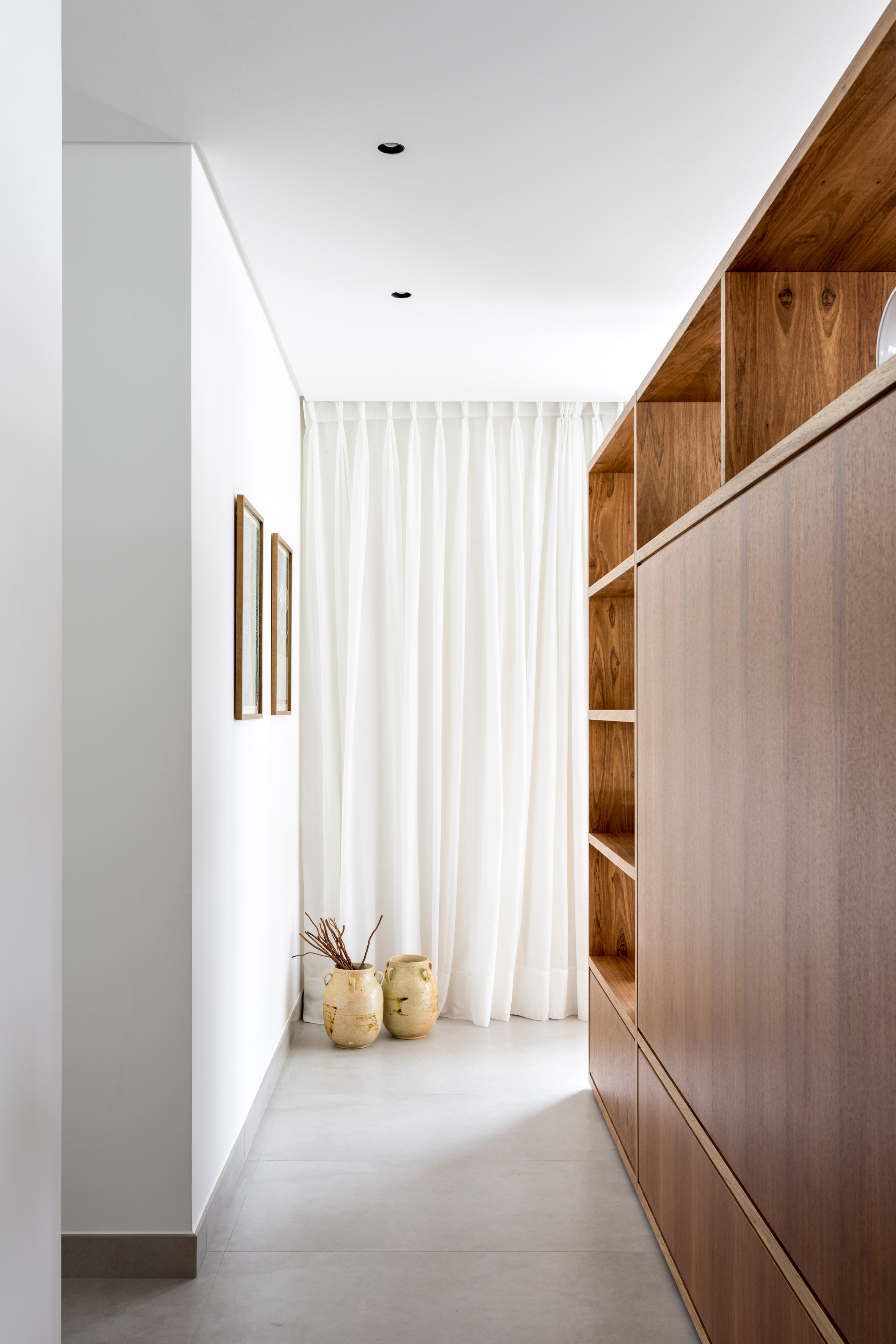 The kitchen comprises a long counter built into the wall with white cabinets and a marble top the same as the dining table. Bedrooms and bathrooms are almost all-white too, with white headboards and cabinets. A basin in one bathroom is made from the same marble used for the dining table and kitchen blacksplash. 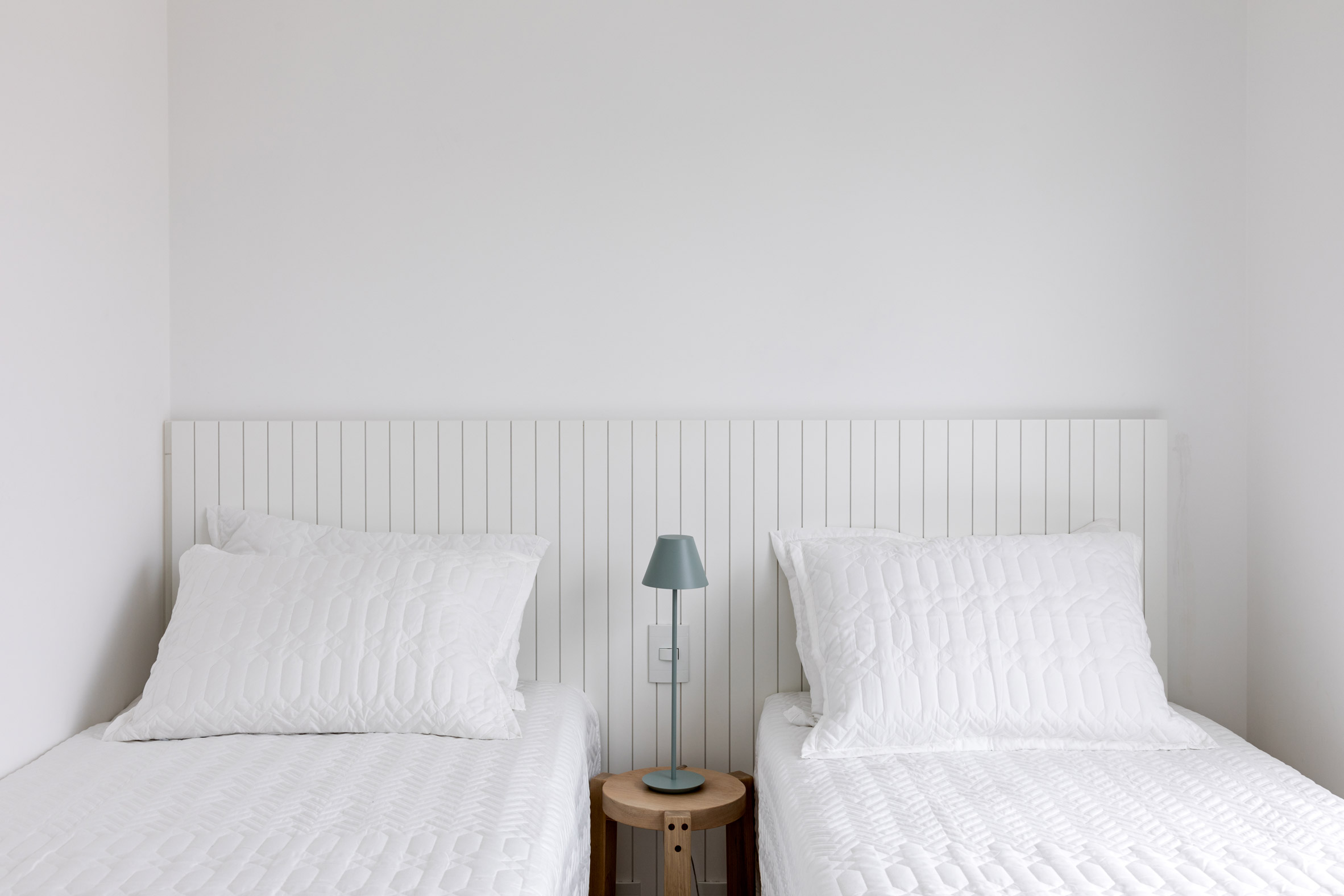 Praia Mansa Apartment is about a 1.5-hour drive from Curitiba – where Garcia has completed an apartment for a journalist that makes room for entertaining despite its compact space. 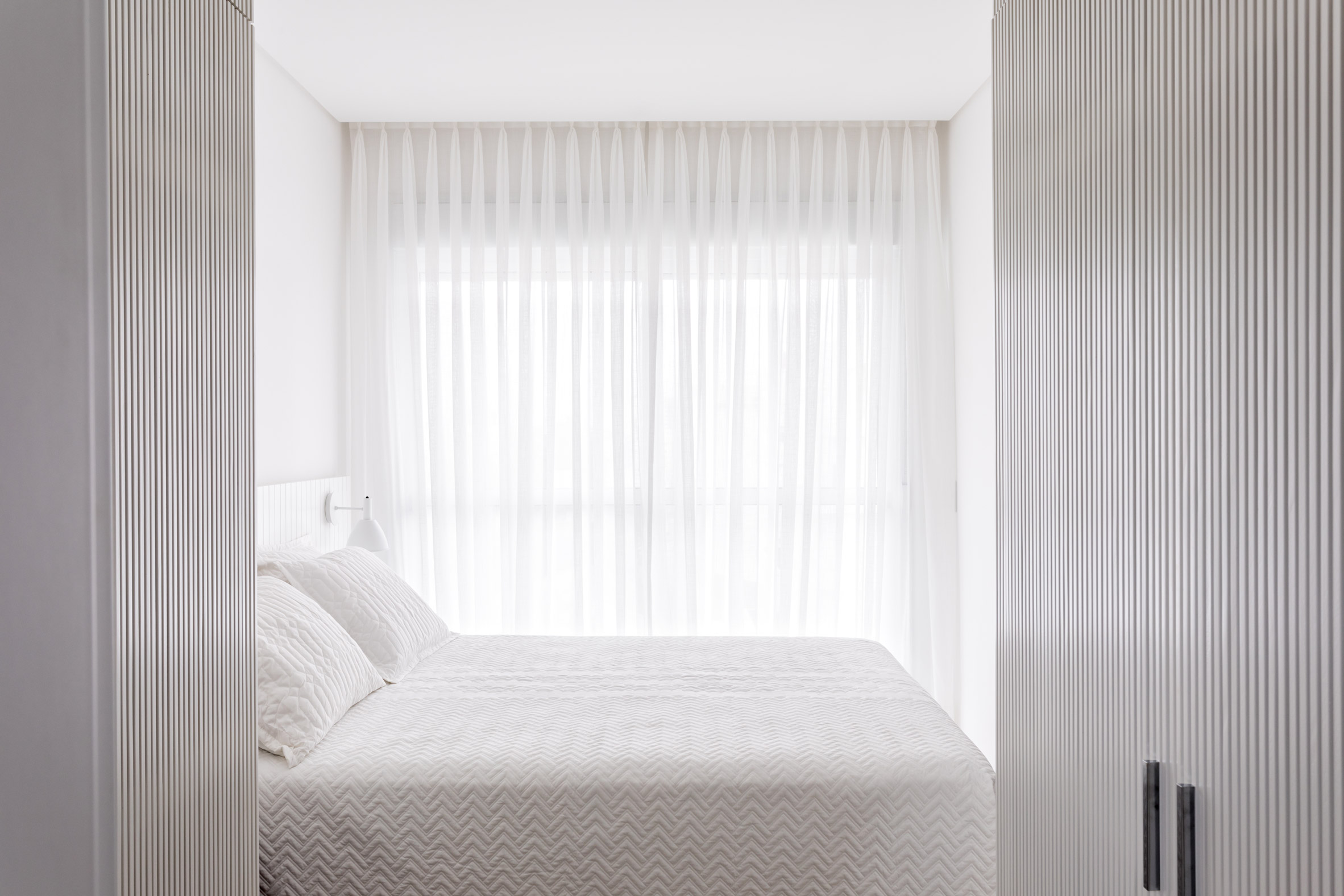 Other projects in Curitiba include a slender coffee shop by Boscardin Corsi Studio, a white house by Estúdio 41 and a timber company headquarters.

Photography is by Fran Parente.