Design studio La Firme has turned a tight, triangular space into a bright and airy cafe in Montreal.

The outpost is for Melk Cafe, a coffee shop and cafe that has three locations in the city. La Firme has also designed its locations on the corner of Saint-Urbain and Saint-Antoine streets. 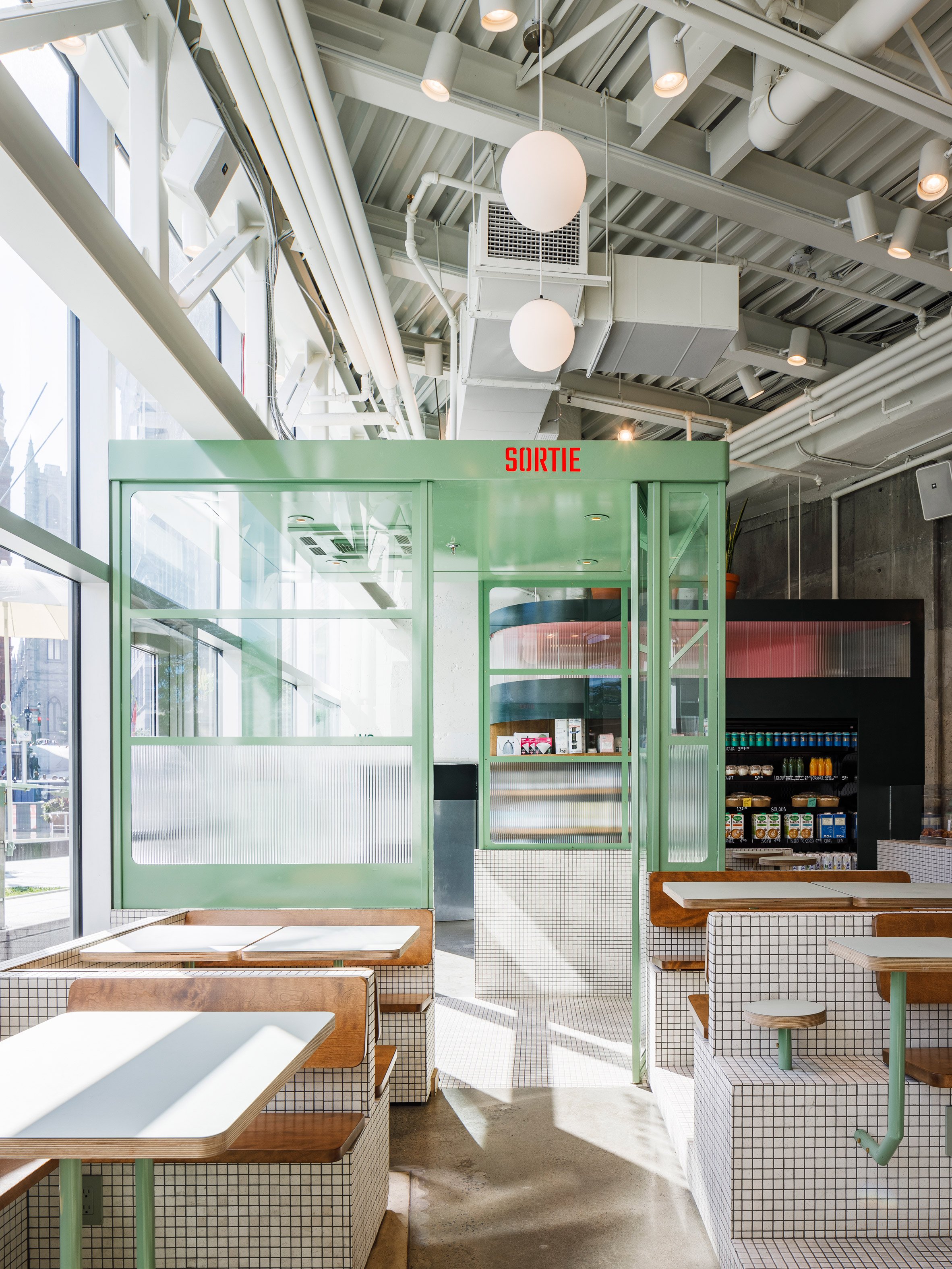 “The original space was cramped,” said La Firme founder Louis Beliveau. “A triangular floor plan with a curved wall and space tapering to two metres wide made for strict tolerances.” The studio opted to keep the space relatively open without any internal walls. The design showcases the existing high ceilings and ample light from a long glazed wall at the entrance, rather than calling attention to its irregular plan that reduces in size dramatically.

La Firme included existing details like concrete walls and exposed plumbing and pipes in the interiors. New additions such as polished concrete floors and built-in furniture are intended to make the space feel old and new because the details seem both contemporary and yet industrial. 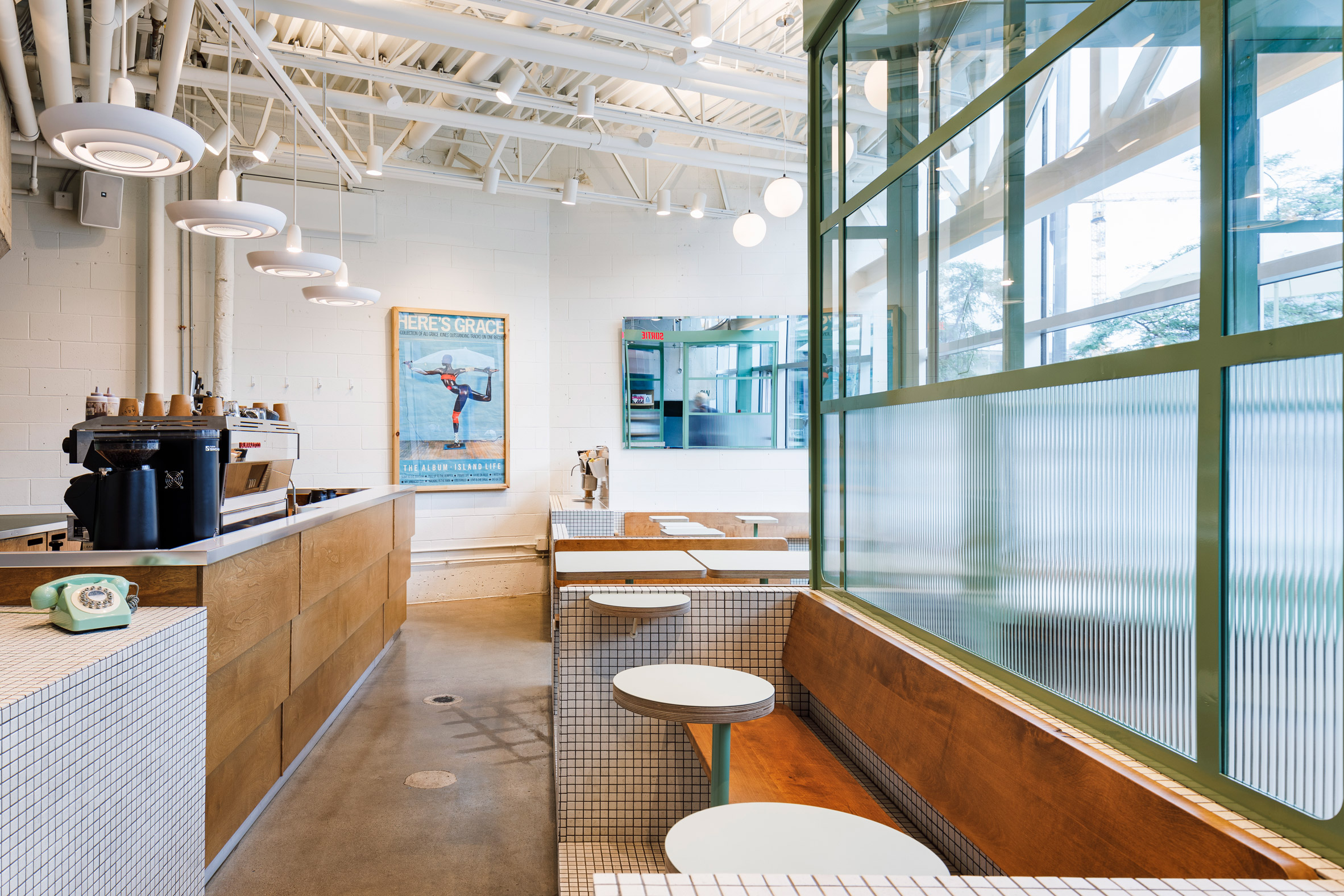 “Our aesthetic approach emphasised the timelessness of raw materials within a limited palette,” Beliveau said. Upon entering is a volume that was included to shelter the interiors from Montreal’s cold winter winds. Glazed upper portions allow the interiors to still feel open and light.

The rest of the eatery is outfitted with booths of different sizes that were custom made by La Firme. Seating is built into them and allows the cafe to accommodate up to 24 people. 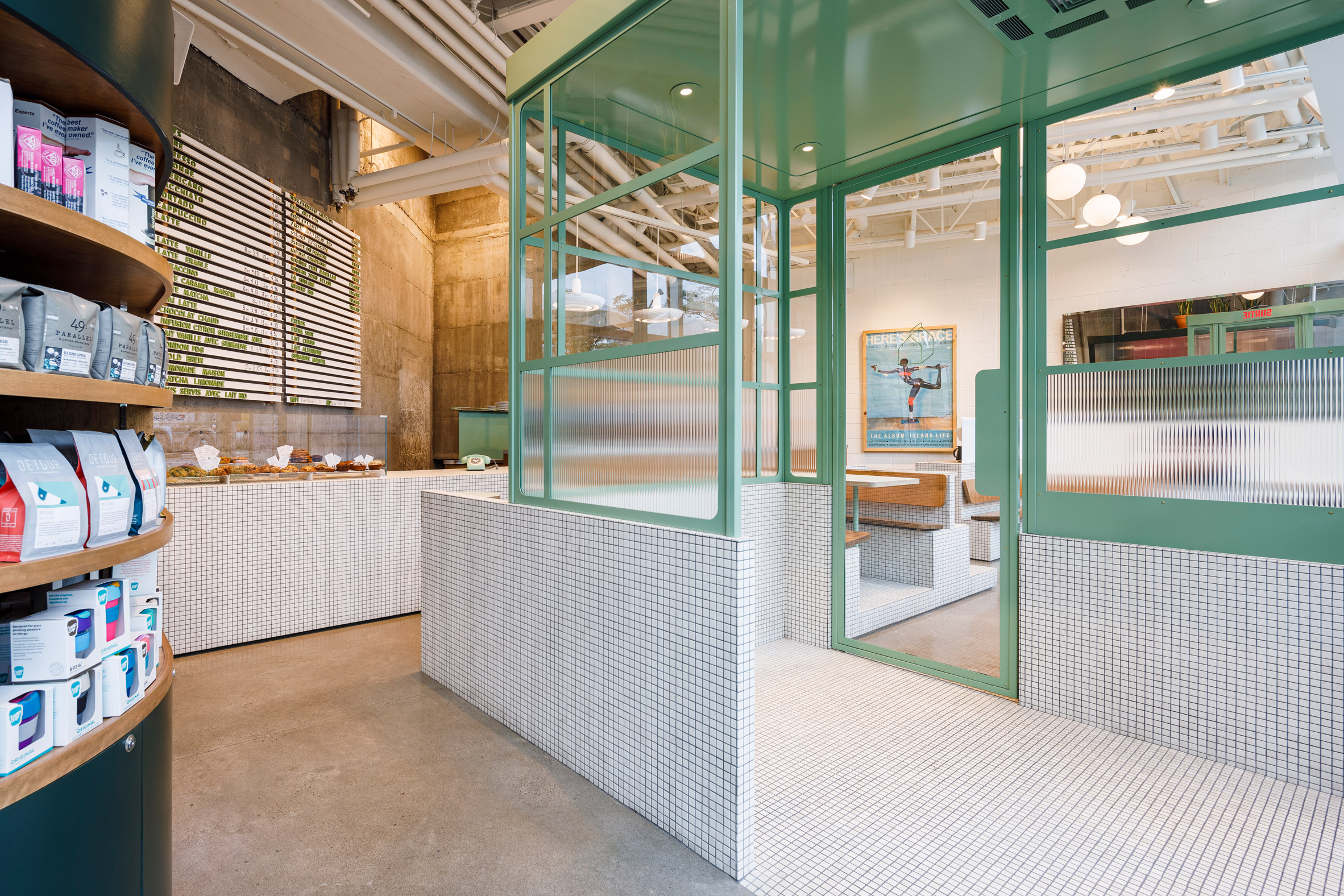 “The new Melk coffee bar was not only a design-thinking tightrope walk between necessity and aesthetics but a reminder of how much thought can go into aspects of design that people might overlook,” said Beliveau.

“We decided to make the built-ins banquettes to minimise footprint and maximise the numbers of clients being able to sit down and have a snack,” he added.

The banquettes are raised on platforms above the ground, making the tables bar-height. The tables are plywood with a laminated veneer coloured pale green, which matches their painted metal bases.

Square white tiles round out the project, which clad the built-in seating, the counter and the entrance. 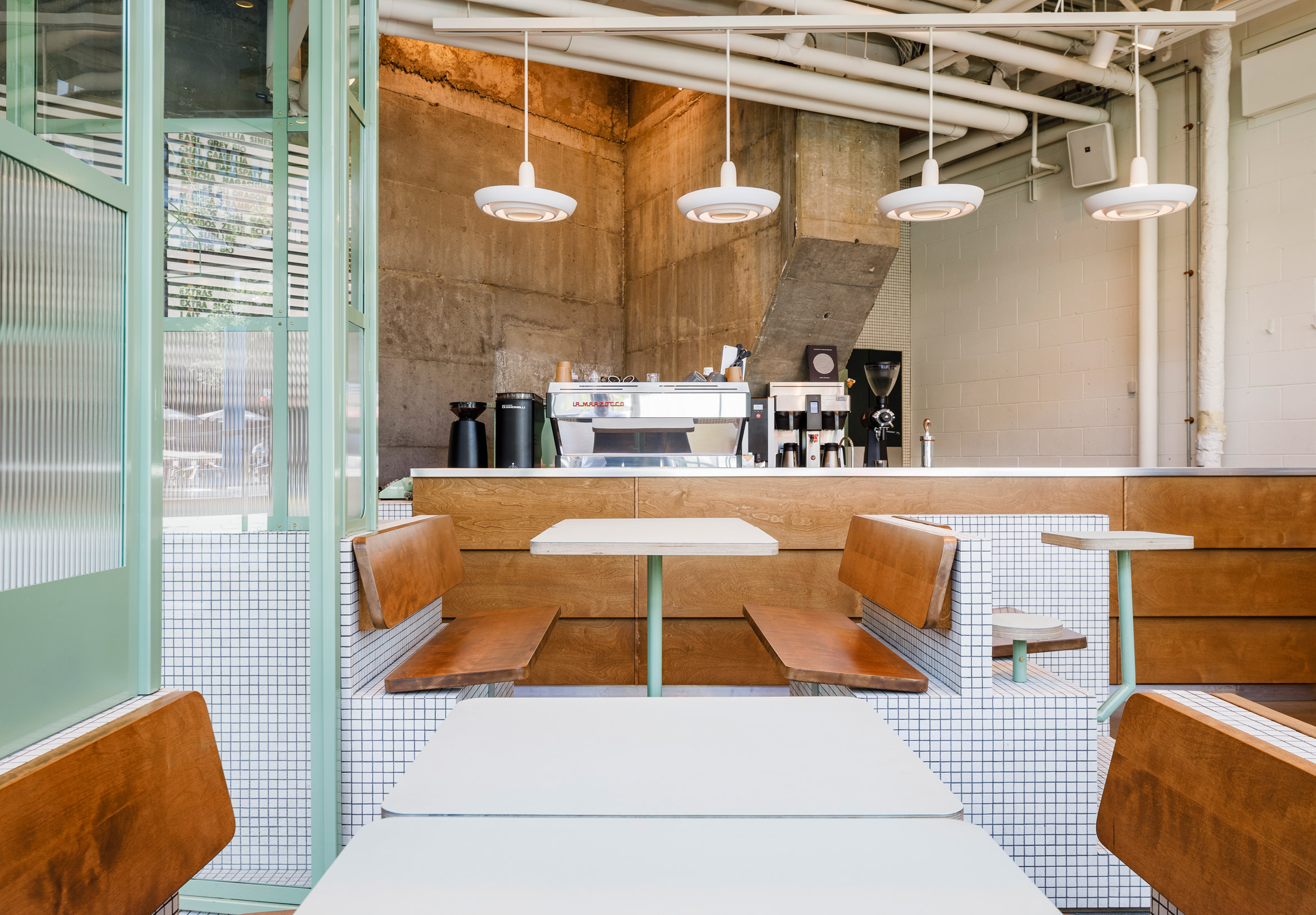 Montreal is well-known for its food and design-forward projects. Other bars and restaurants include Marcus at the Four Seasons hotel, Falafel Yoni, Jack Rose, Vinvinvin and Appareil Architecture’s colourful Pastel Rita,

La Firme has also renovated a Montreal apartment with a huge bathroom and built a country home from an old barn.

Photography is by Ulysse Lemerise.