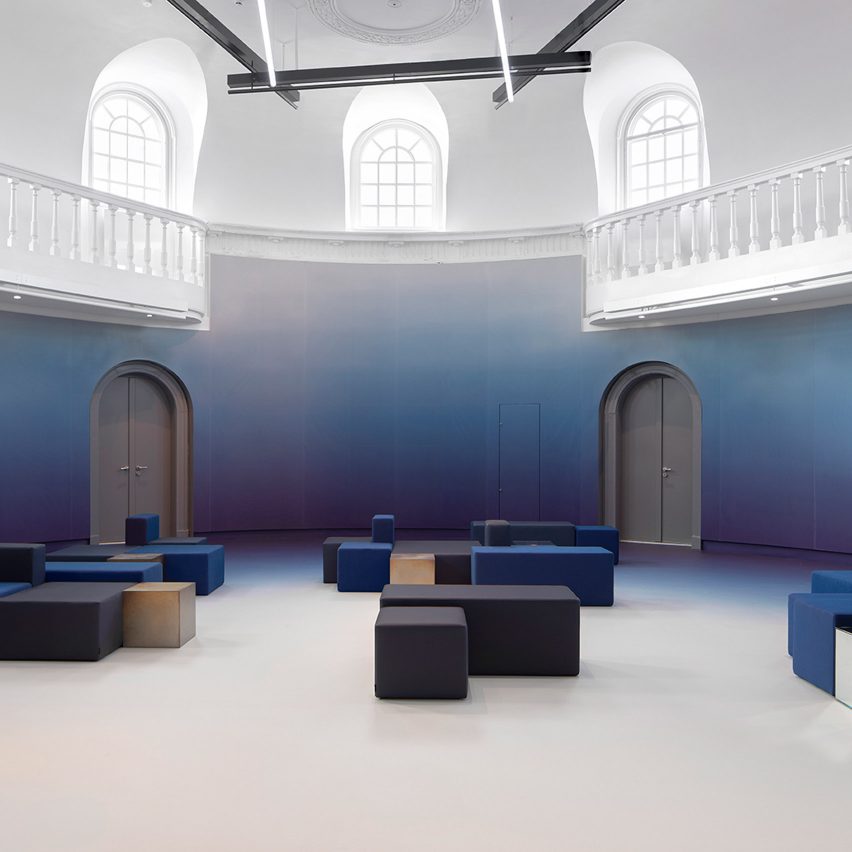 Design studio i29 referenced the rich past of Amsterdam‘s Felix Meritis building for the overhaul of its interiors, which now feature vivid splashes of colour.

Felix Meritis is situated along the Dutch capital’s Keizersgracht canal and was built back in 1788.

Although the building is now a cultural events venue, it originally served as a base for the Felix Meritis society which celebrated the ideals of the Enlightenment – an intellectual and philosophical movement that dominated Europe between the 17th and 19th centuries. 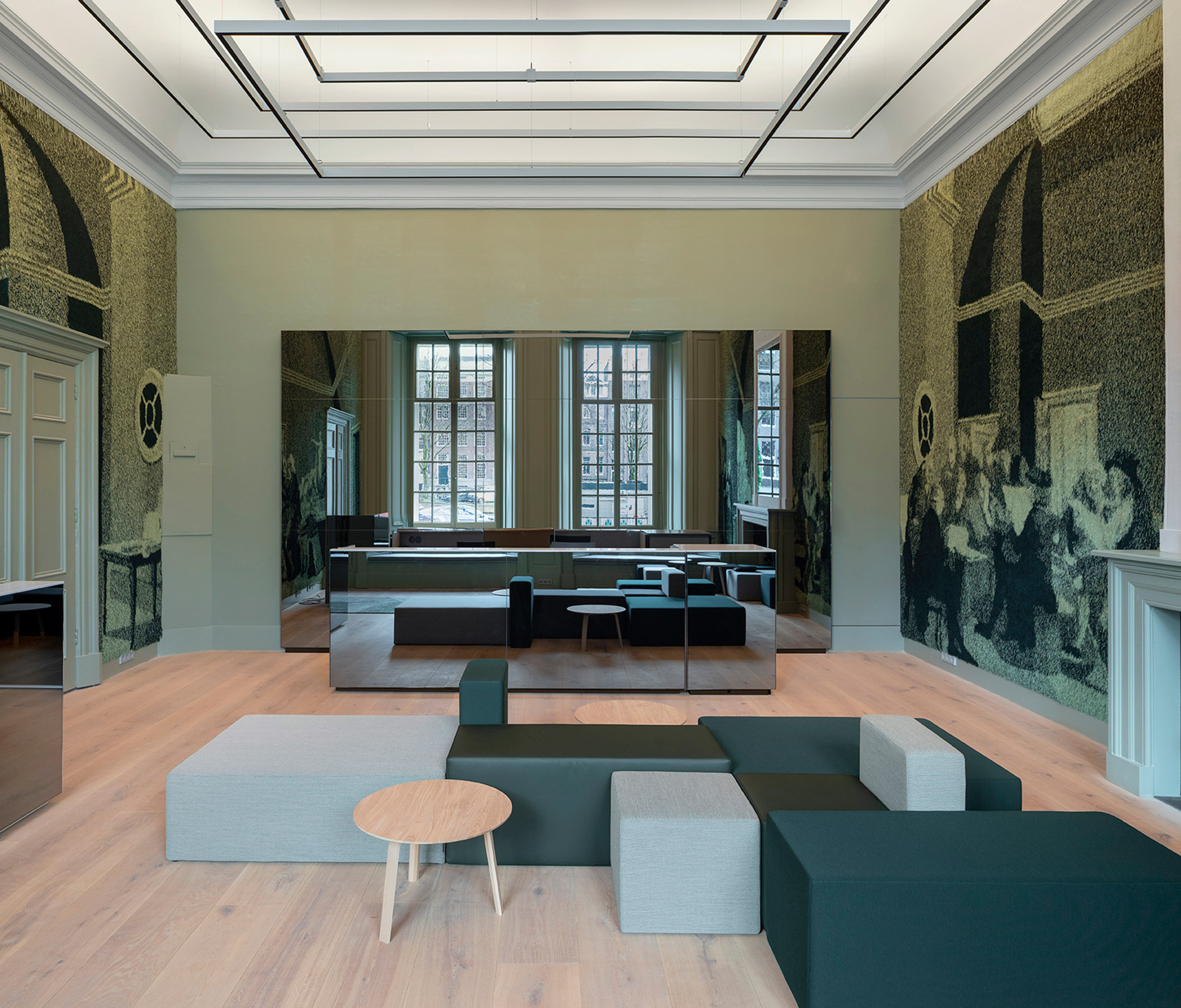 Over time, the building has gone on to serve as offices for one of Amsterdam’s leading printing companies and the HQ for the Communist Party of the Netherlands. In the 1960s it also became the Shaffy theatre, a popular haunt for avant-garde music enthusiasts.

This rich history became a key point of inspiration for i29, which was tasked with completely overhauling Felix Meritis’ interiors.

The studio was keen for each space to boast hints of the past but also have its own “colourful character”, much like when the building had been divided into distinctive music, commerce, literature, physics and drawing departments for the society members. 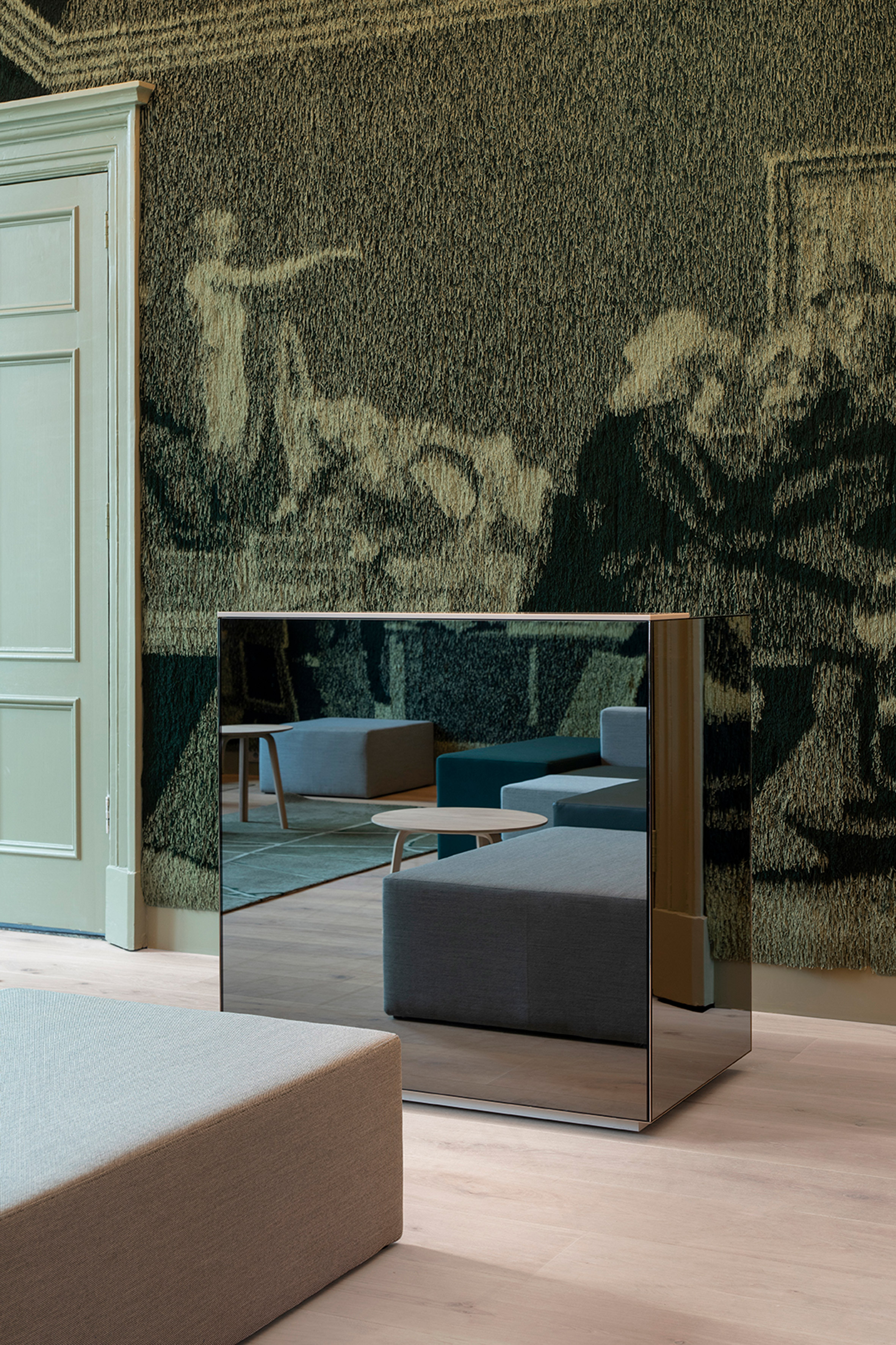 It marks the second time that the studio has worked with Felix Meritis – back in 2014 it also created a pop-up design store for the venue, which featured mirrored walls and display plinths.

“The biggest challenge was to bring this old monumental building to the ‘now’, not only in terms of technology, installations and acoustic facilities but also in appearance and experience,” said i29, which worked closely alongside local practice Math Architecten. 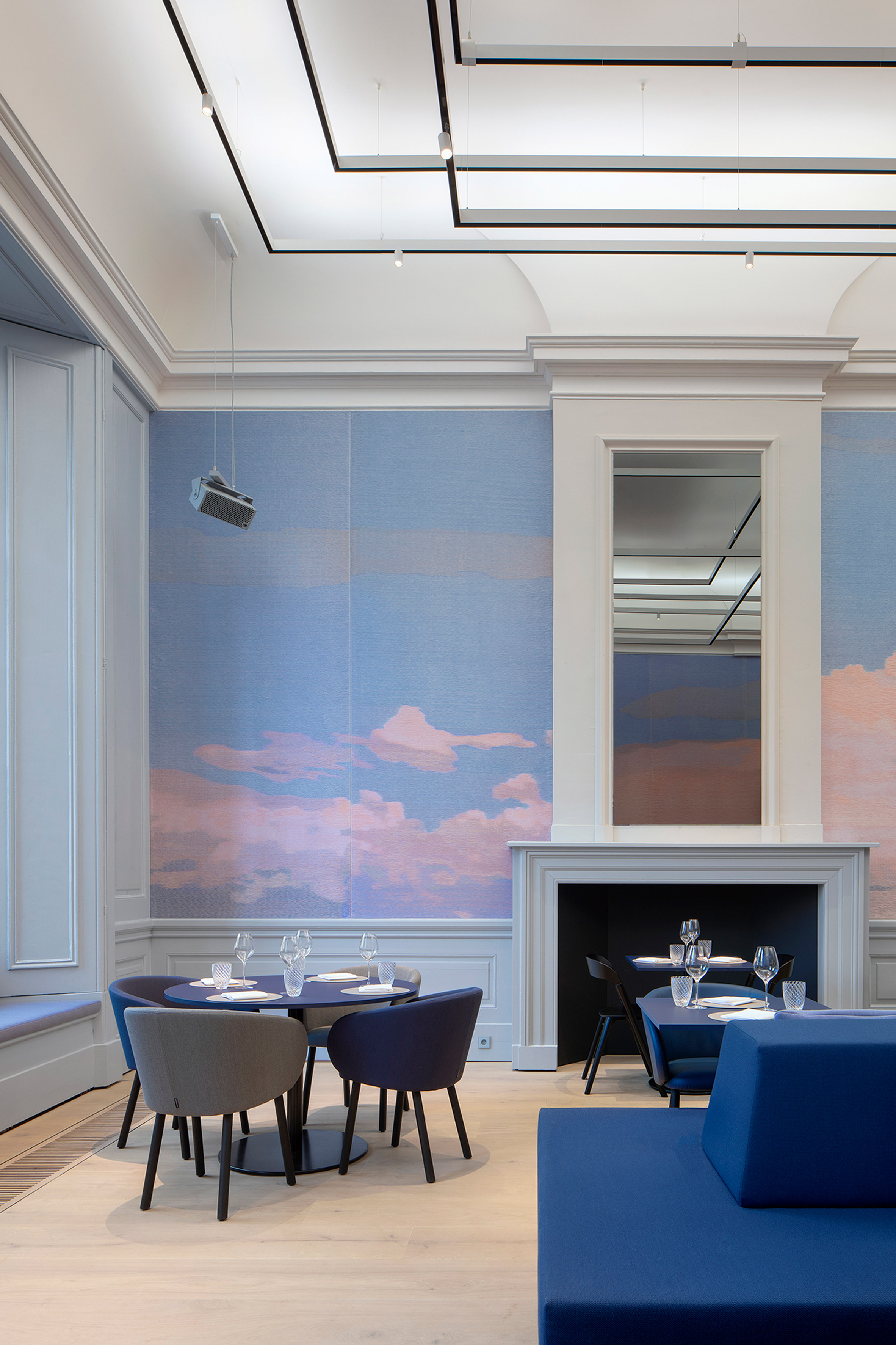 In the reception area, there is a green-hued fabric wall covering which depicts an antique etching that was found in the building’s drawing-room. Emerald-coloured seating poufs have also been dotted throughout.

Textile surfaces appear again in the restaurant, where walls feature swathes of blue and pink to emulate a “typical Dutch sky”. 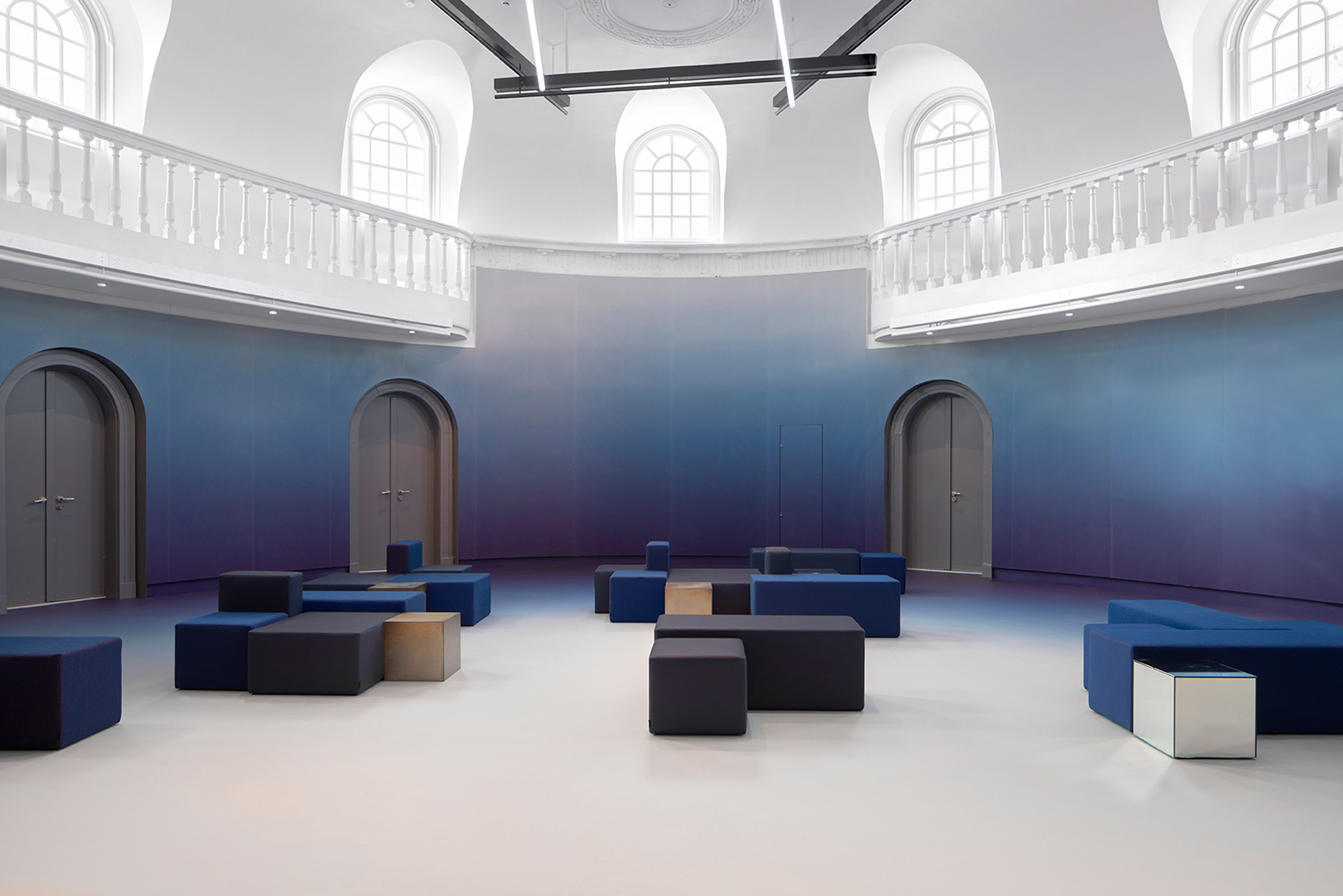 A clashing mix of blue ombre walls, cherry-red chairs and burnished-steel fixtures feature in the building’s domed foyer, which is meant to reflect the building’s past as a hotspot for unusual, avant-garde music.

One of the building’s lounges has been fitted with sunshine-yellow seating booths, while marine-blue carpet and armchairs appear in the drawing-room.

Here, white acoustic panels have also been suspended from the ceiling. Together they’re meant to resemble loose scrolls of paper, a subtle wink at the building’s time spent as a printing office. 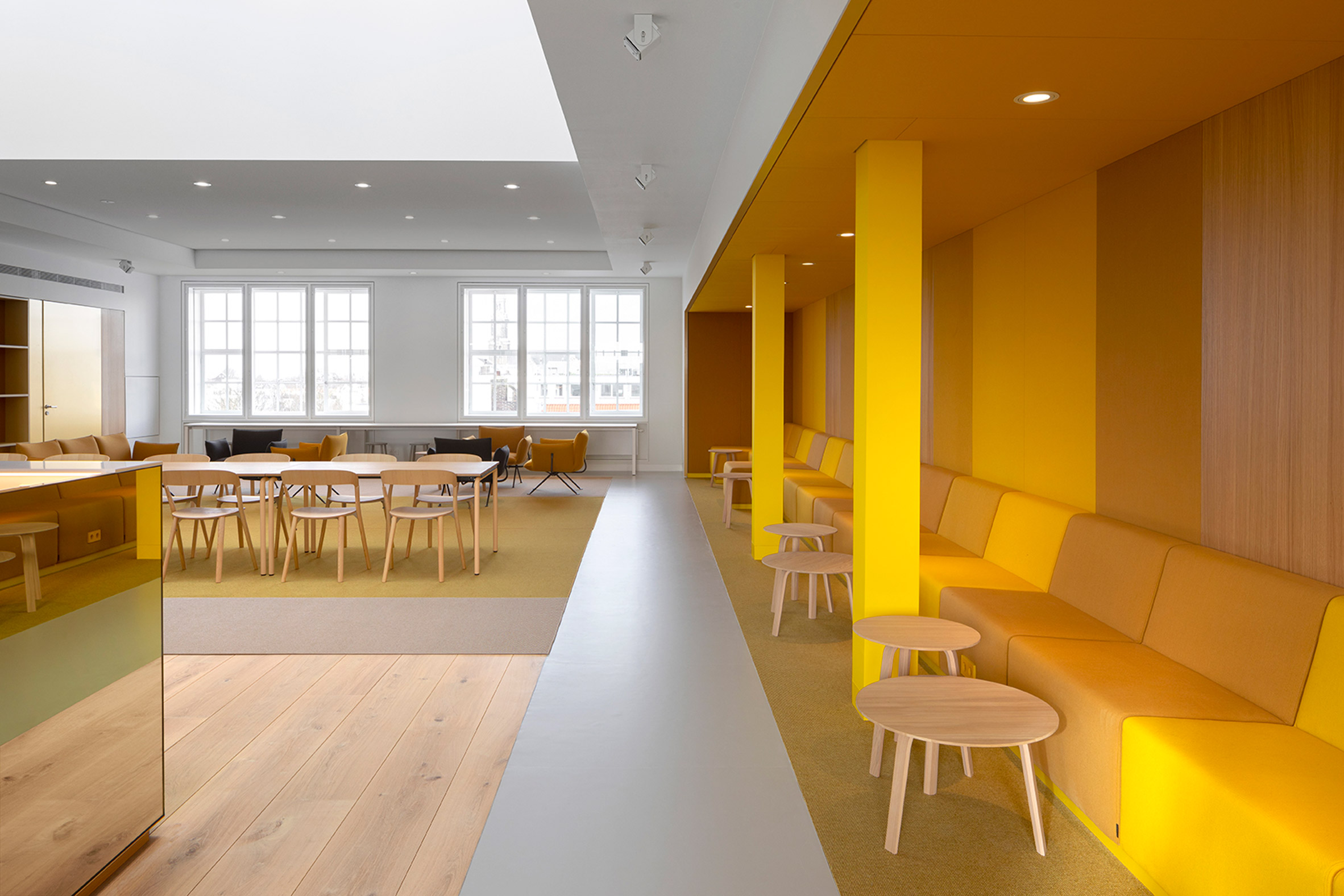 Surfaces in the grandiose concert hall have been painted more subdued tones that match the room’s original colour scheme.

Around the periphery there are a series of acoustic wall cabinets, which can be open and closed to absorb or deflect sound. 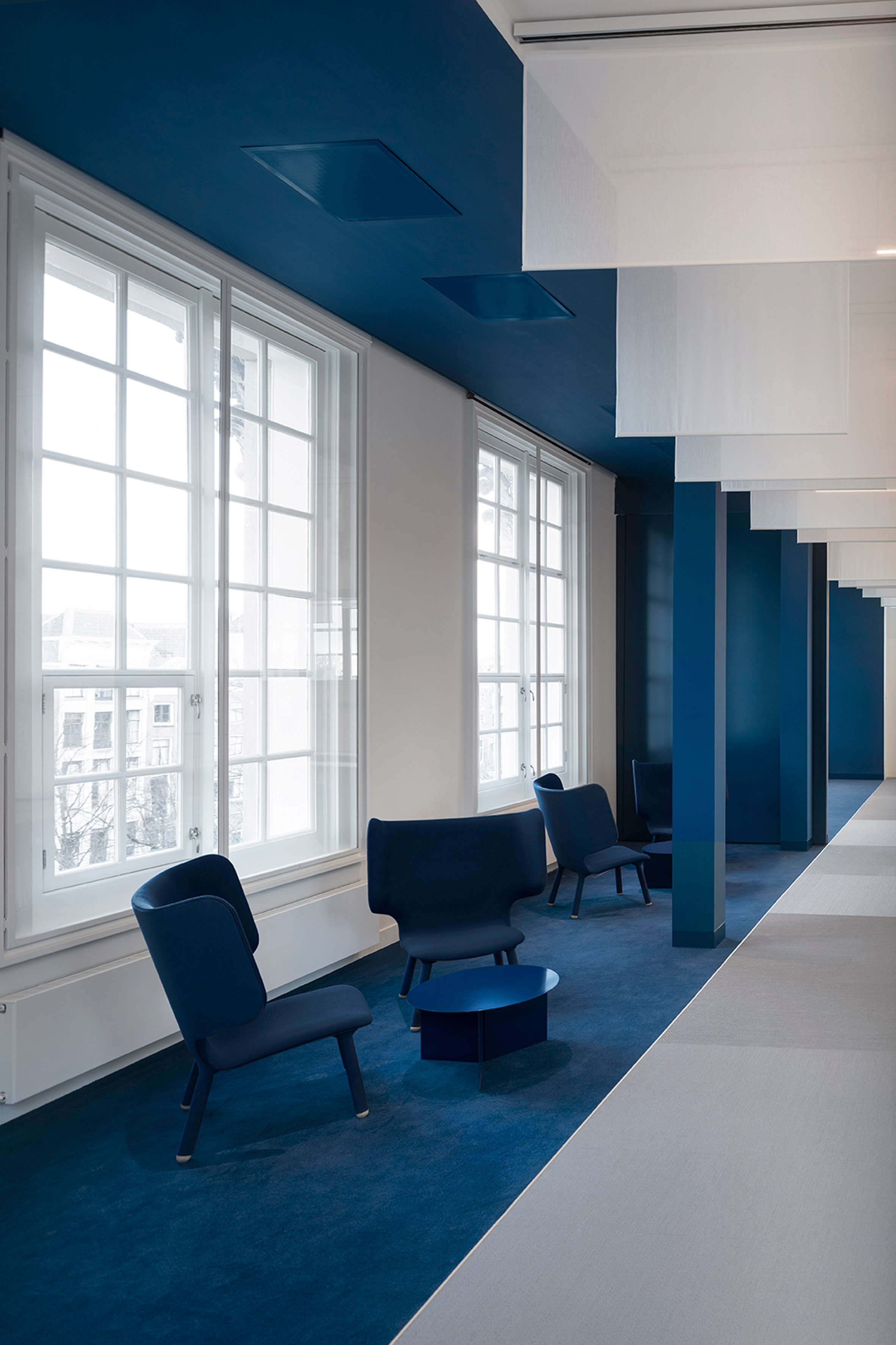 The space is filled with black chairs that i29 developed in collaboration with Dutch furniture brand Lensvelt.

The chair model, which has been named Felix, is stackable and has a lightweight frame so that it can easily be moved around for use in the building’s other rooms. 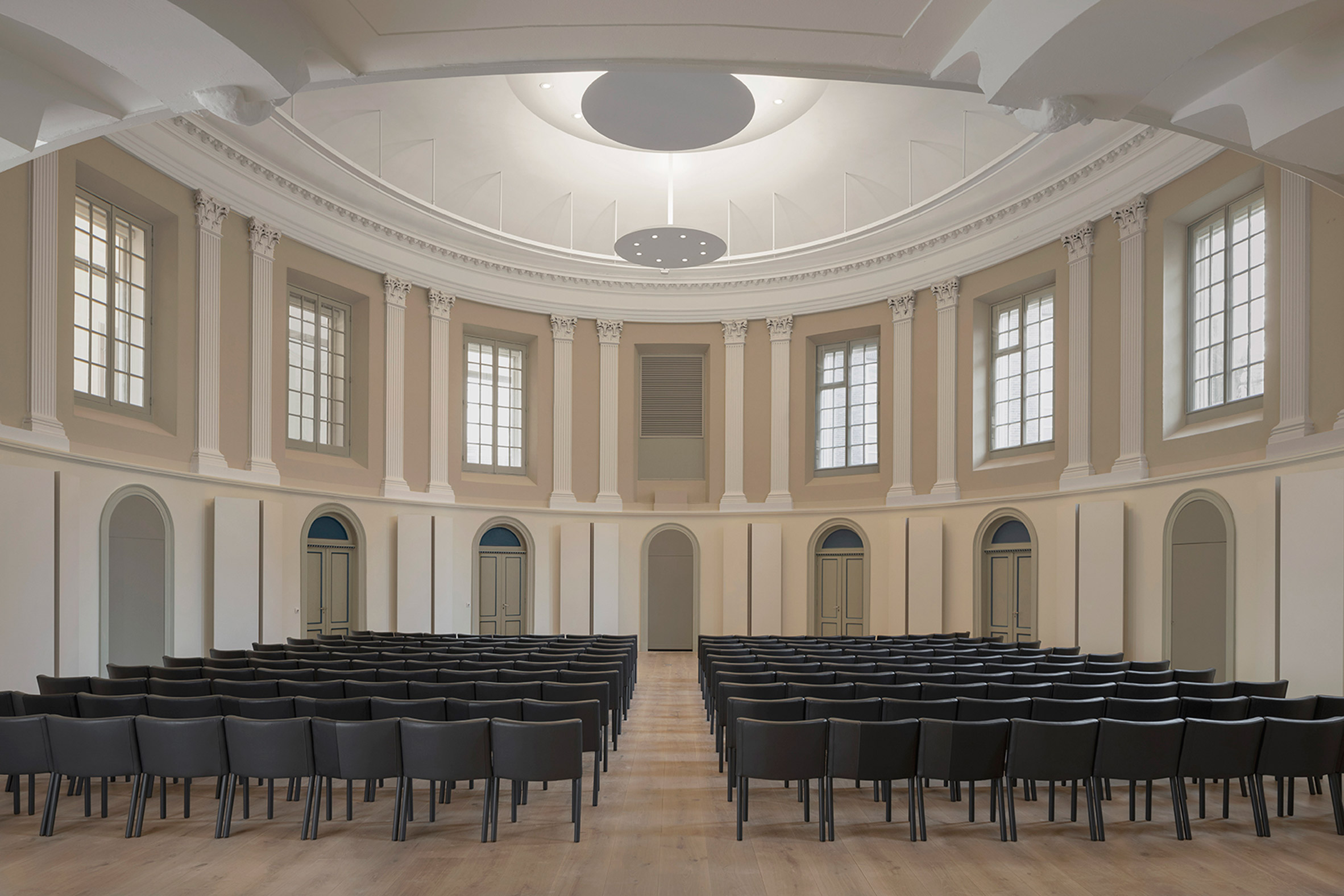 The attic has been left largely untouched but fitted with “almost invisible” lighting and sound systems so that it is capable of hosting future events.

Time-worn columns and wall panelling are also still visible in one of the building’s event rooms. 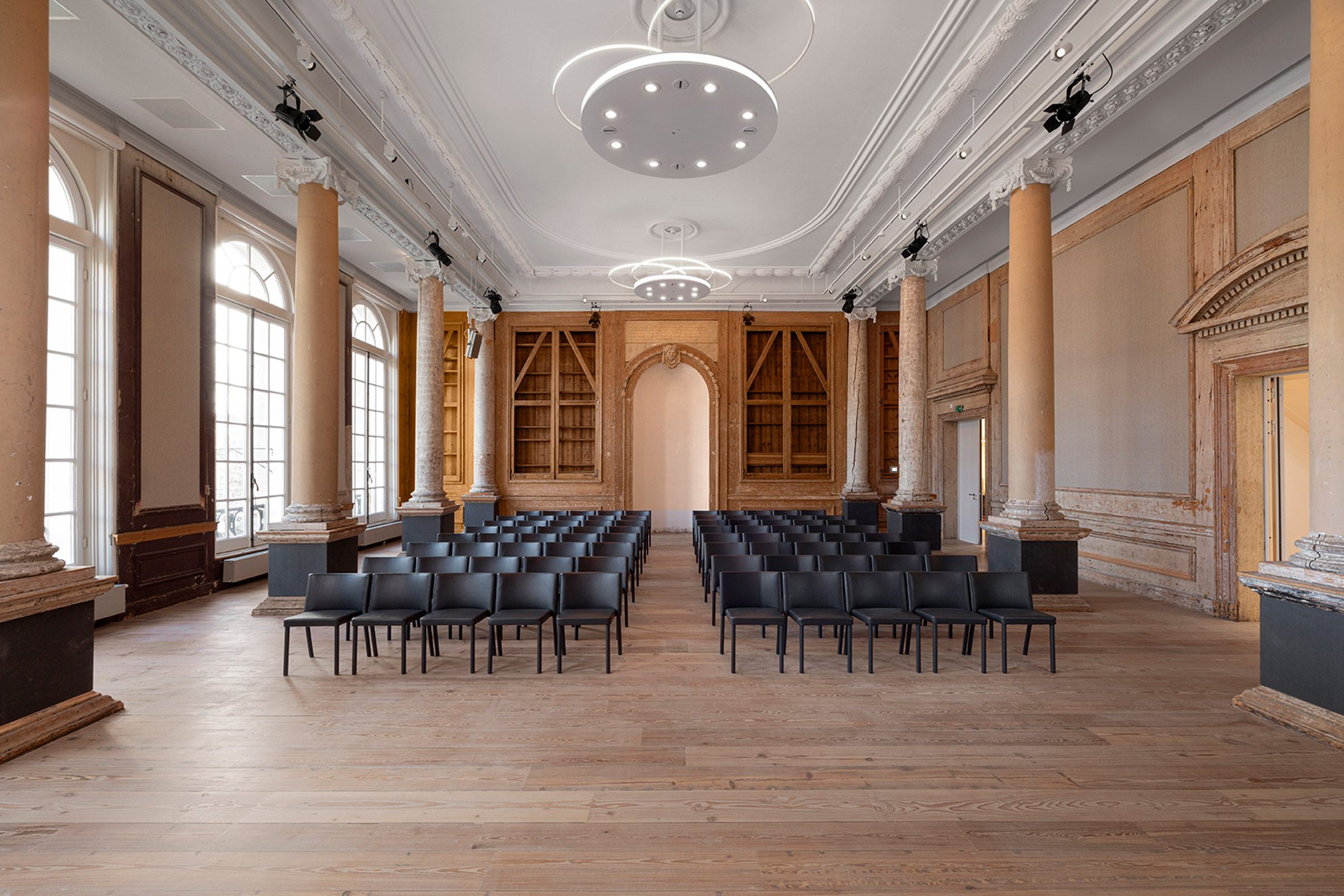 i29 is based in the Dutch municipality of Ouder-Amstel and is led by Jeroen Dellensen and Jaspar Jansen.

The studio was named interior designer of the year at the inaugural Dezeen Awards, which took place in November 2018. Its roster of projects – which includes the revamp of a ceramics museum and a wood-lined art studio – was praised by judges for showing “all-round design excellence”.

Photography is by Ewout Huibers.

The post i29 completes colourful revamp of Felix Meritis building in Amsterdam appeared first on Dezeen.