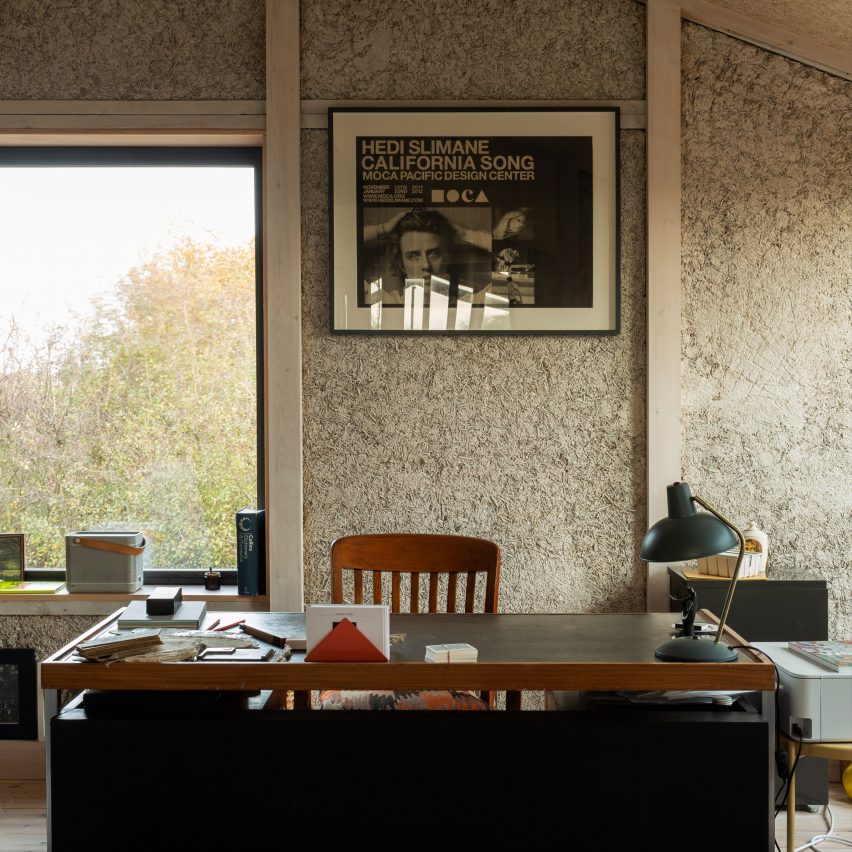 Flat House is located on Margent Farm, a 53-acre farming facility in rural Cambridgeshire that aims to show off the capabilities of hemp – a fast-growing strain of the cannabis plant.

Hemp is already used commercially to manufacture everything from clothing to biofuel. It’s increasingly being employed as an eco-friendly building material because of its ability to sequester carbon. 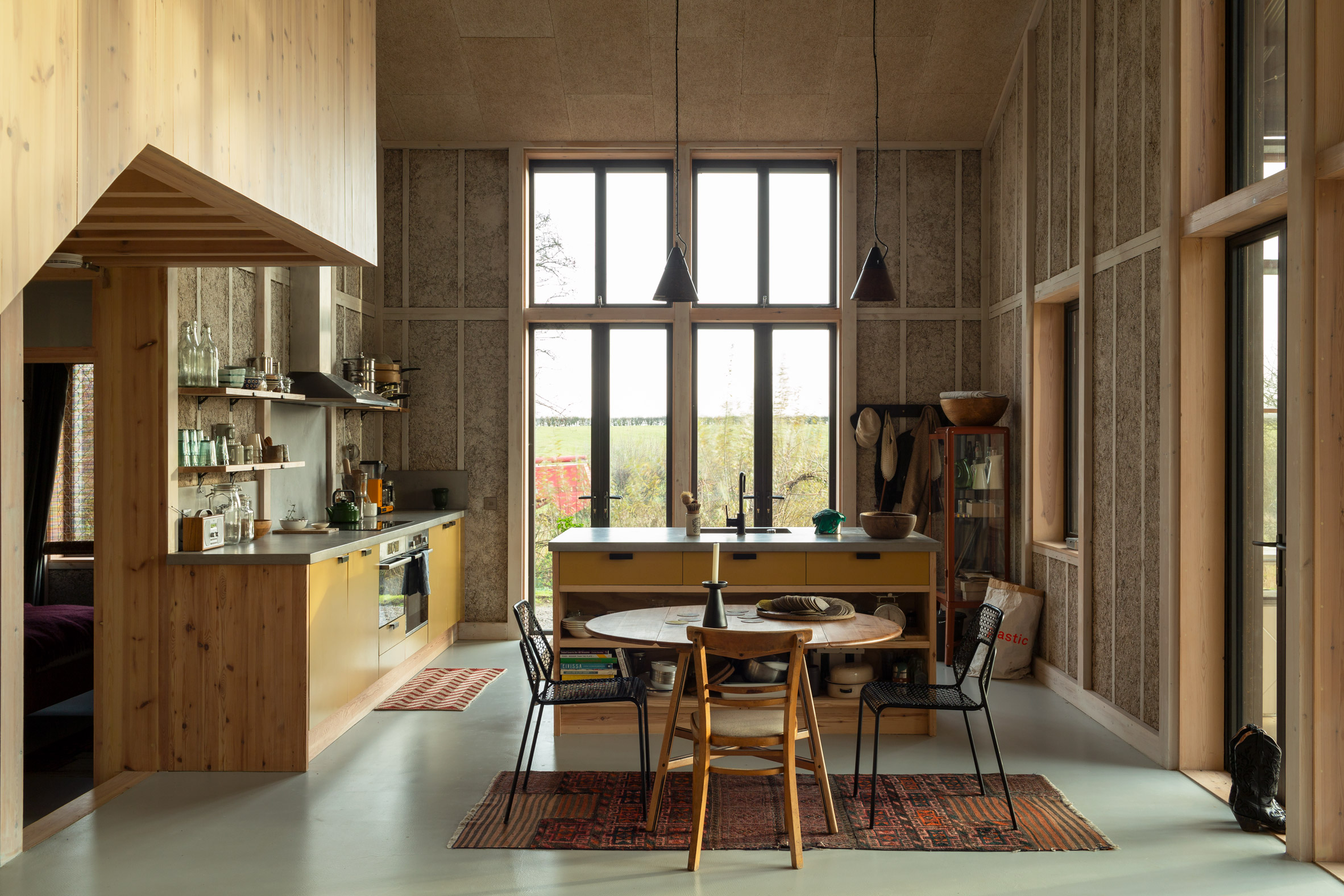 Margent Farm cultivates its own supply of hemp, and challenged Practice Architecture to use the plant to create an on-site residence with “incredibly low embodied carbon”.

The resulting house is also off-grid, with heating and power provided by a biomass boiler and a photovoltaic (PV) array – a system of solar-energy panels – on the roof. 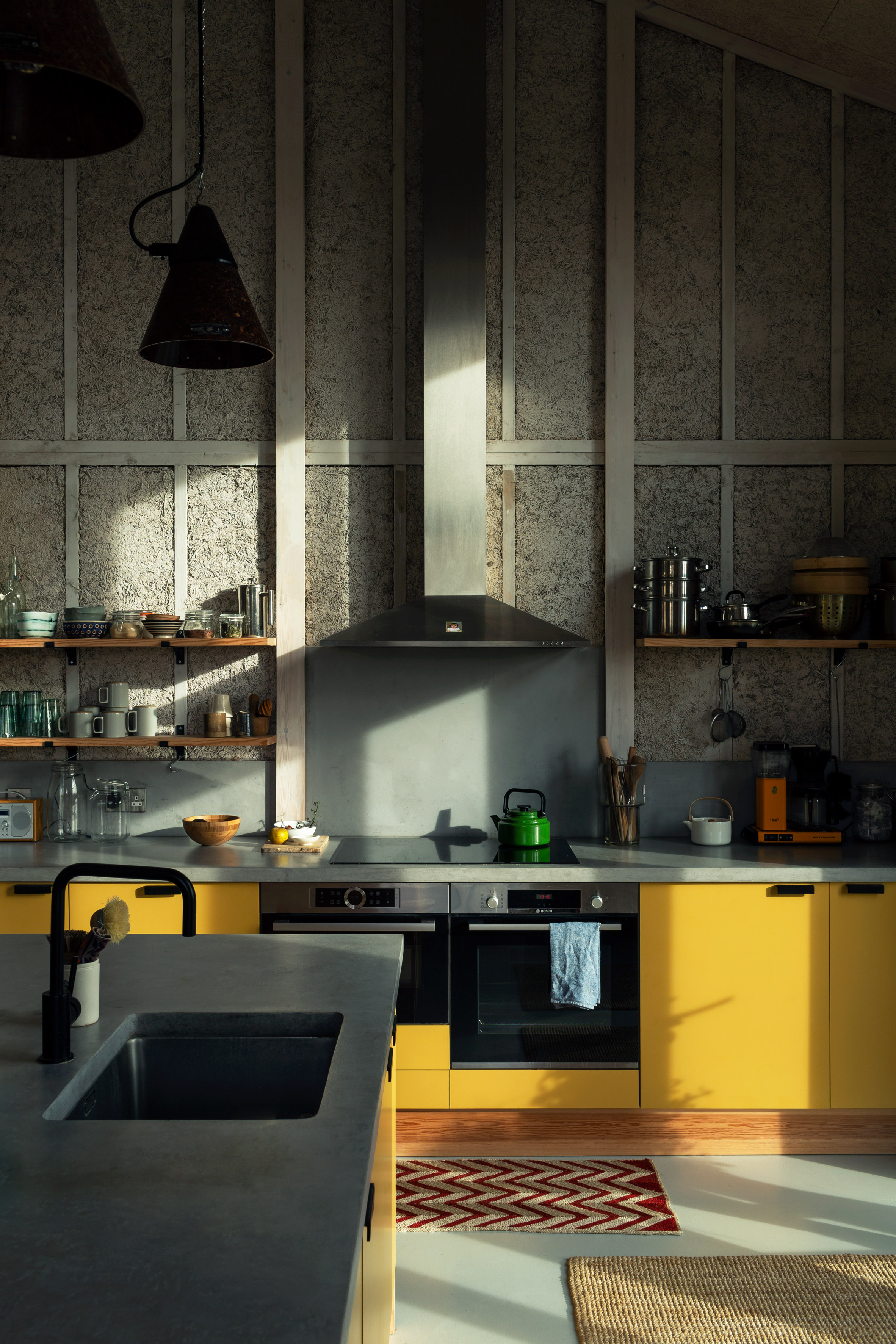 The architects are currently awaiting paperwork which confirms that the home’s design means it’s zero-carbon.

According to Practice Architecture, the zero-carbon measure is typically assessed by the lifetime carbon cost of a building, rather than the embodied carbon levels at the time of construction.

Whilst they would favour use of the latter benchmark by the industry, they are more concerned with the materials used to build Flat House than the zero-carbon designation itself.

“The radical thing about the building is not so much it’s zero-carbon status but more the use of naturally grown materials, the designing out of plastics wherever possible and it’s very low embodied carbon when compared to conventional construction,” the practice told Dezeen. 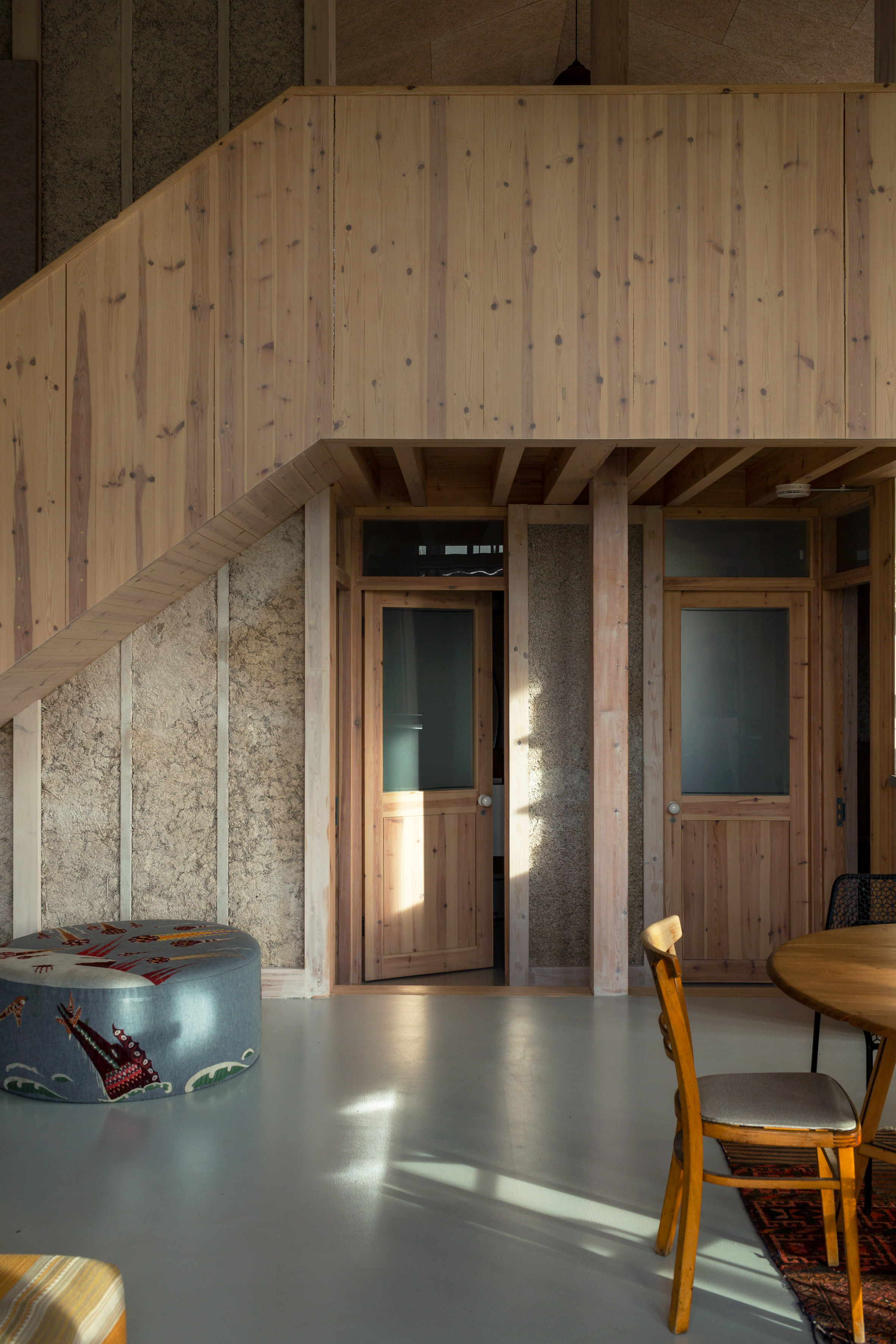 Practice Architecture additionally saw the project as a chance to trial using hemp and pre-fabricated building techniques on a large scale.

“We have been working with hemp for a while but this is the first project where we have designed and employed a pre-fabricated panel system,” the studio told Dezeen.

“Developing an offsite system allowed us to build efficiently, at speed and to build through the colder months of the year – something that can be difficult with standard hemp construction.” 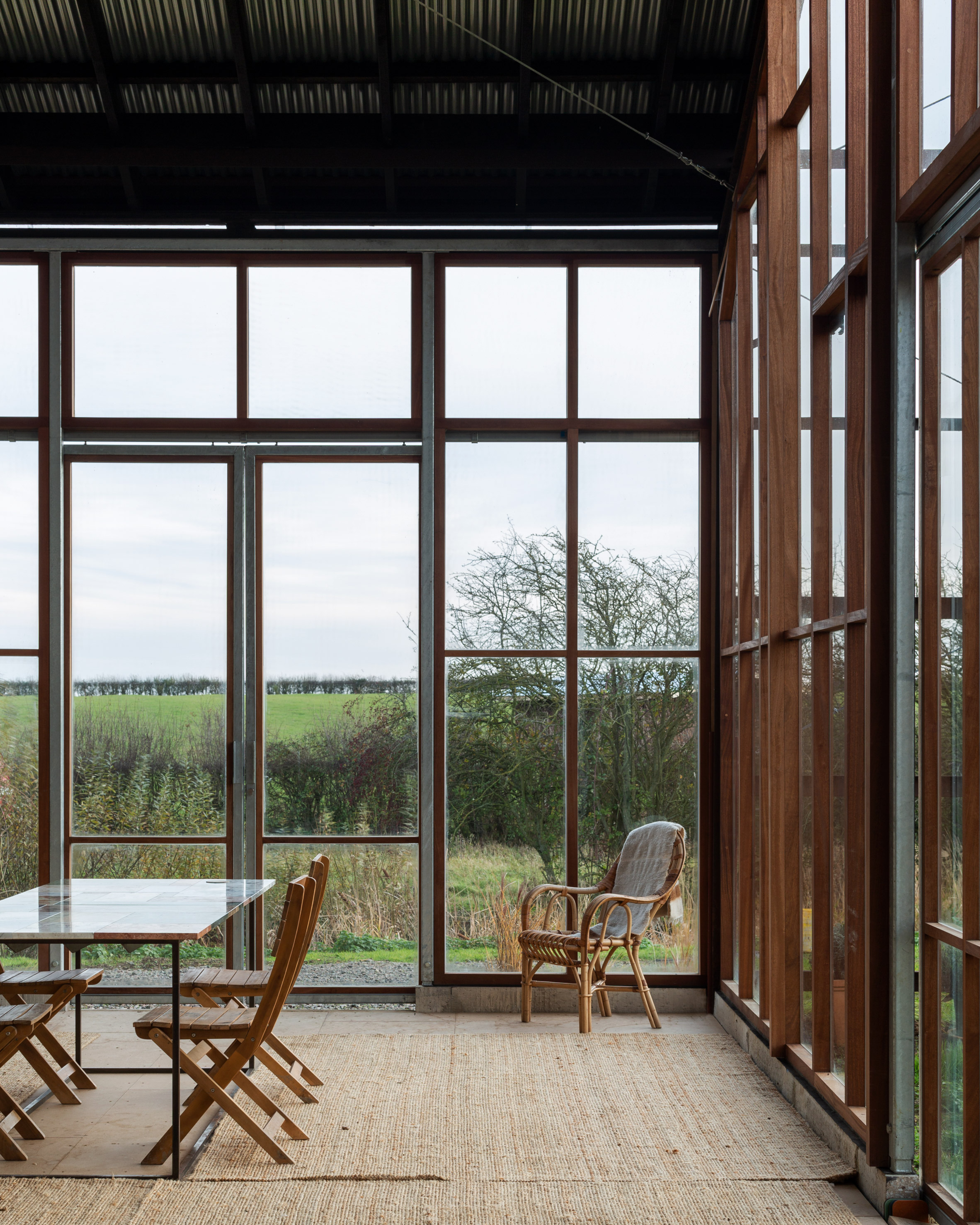 Working off-site with engineers and material specialists, the studio developed large panels made from hempcrete – a mixture of hemp and lime.

These were then transported back to the farm and, over the course of just two days, erected to form the structural shell of Flat House. The property was constructed over the footprint of a pre-existing barn. 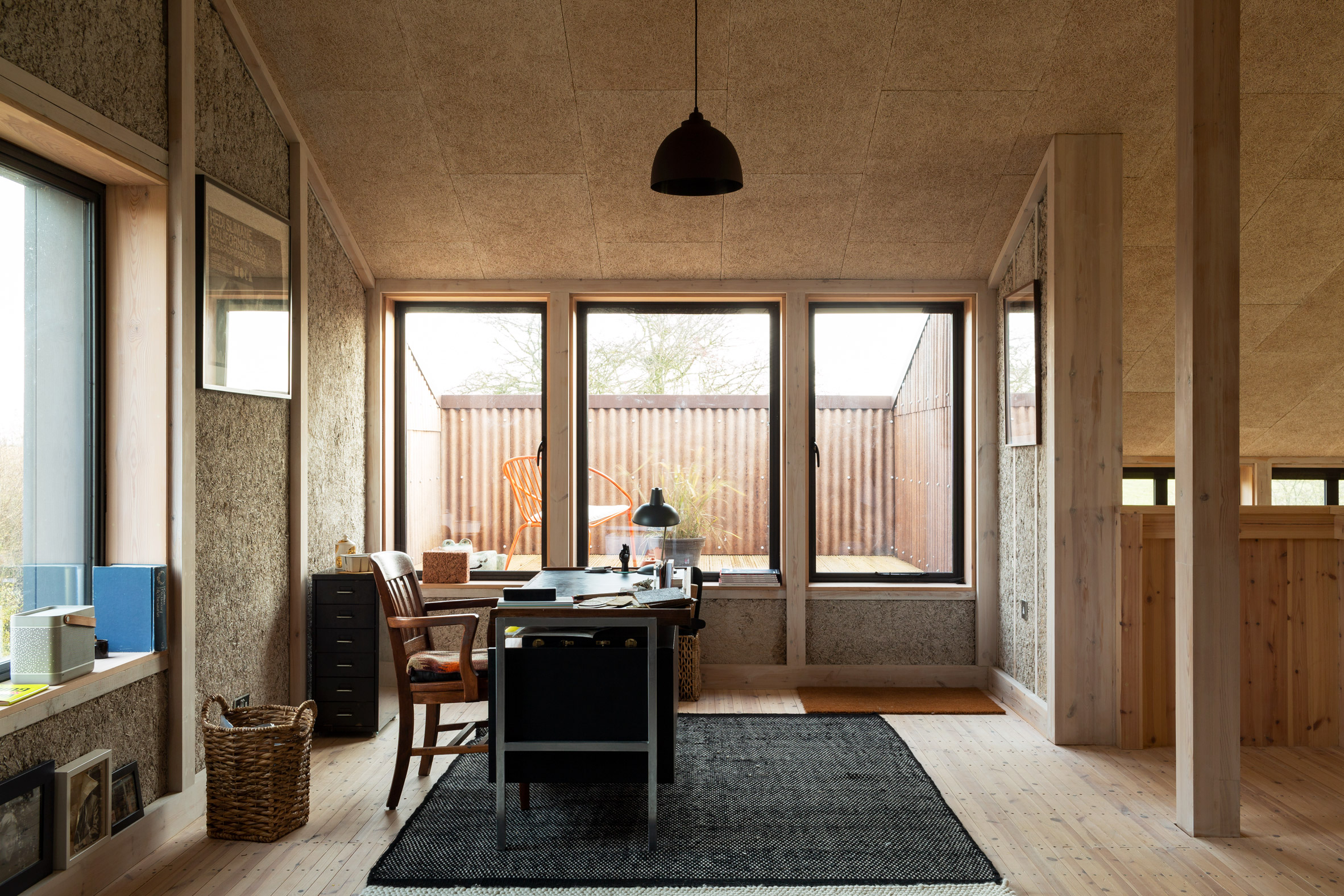 The panels have been left exposed on the inside of the house, creating warm, textured surfaces throughout the living spaces. This is complemented by several timber elements like the doors, staircase balustrade and support columns.

Bedrooms are situated on the home’s top two floors, while the ground level accommodates a double-height sitting area that’s almost entirely fronted by glass. Its dressed with an array of wooden furnishings and woven floor coverings. 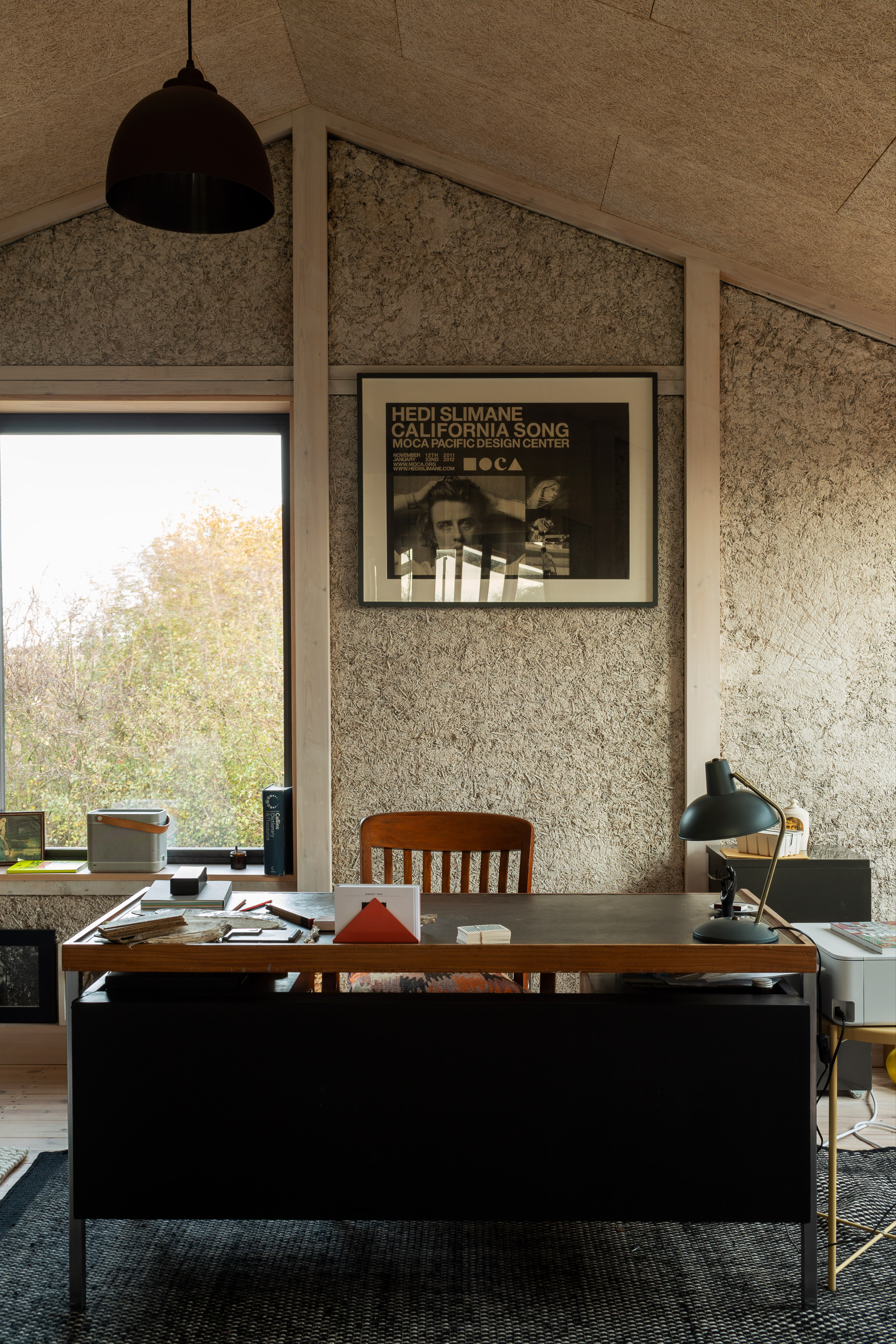 The project also saw Practice Architecture and Margent Farm develop hemp-fibre tiles, which have been used to clad the house’s external facade. Each tile is bound with sugar-based resin sourced from agricultural waste.

“The materials are breathable meaning they regulate the moisture in the air, resisting damp and mould and leading to a healthier environment and air quality,” added the studio. 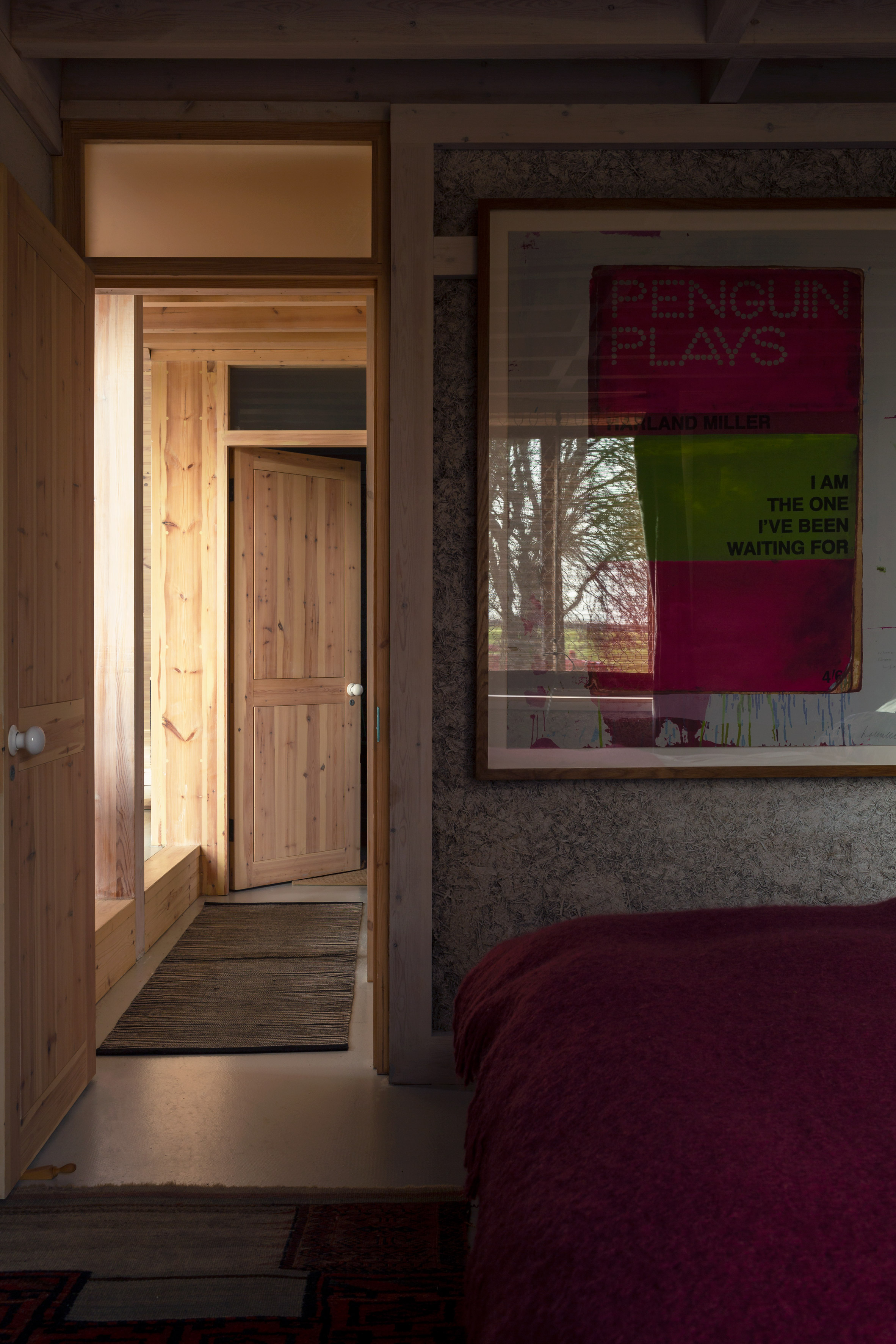 Margent Farm is headed up by former TV and film producer Steve Barron and his business partner Fawnda Denham, who live together in the house. 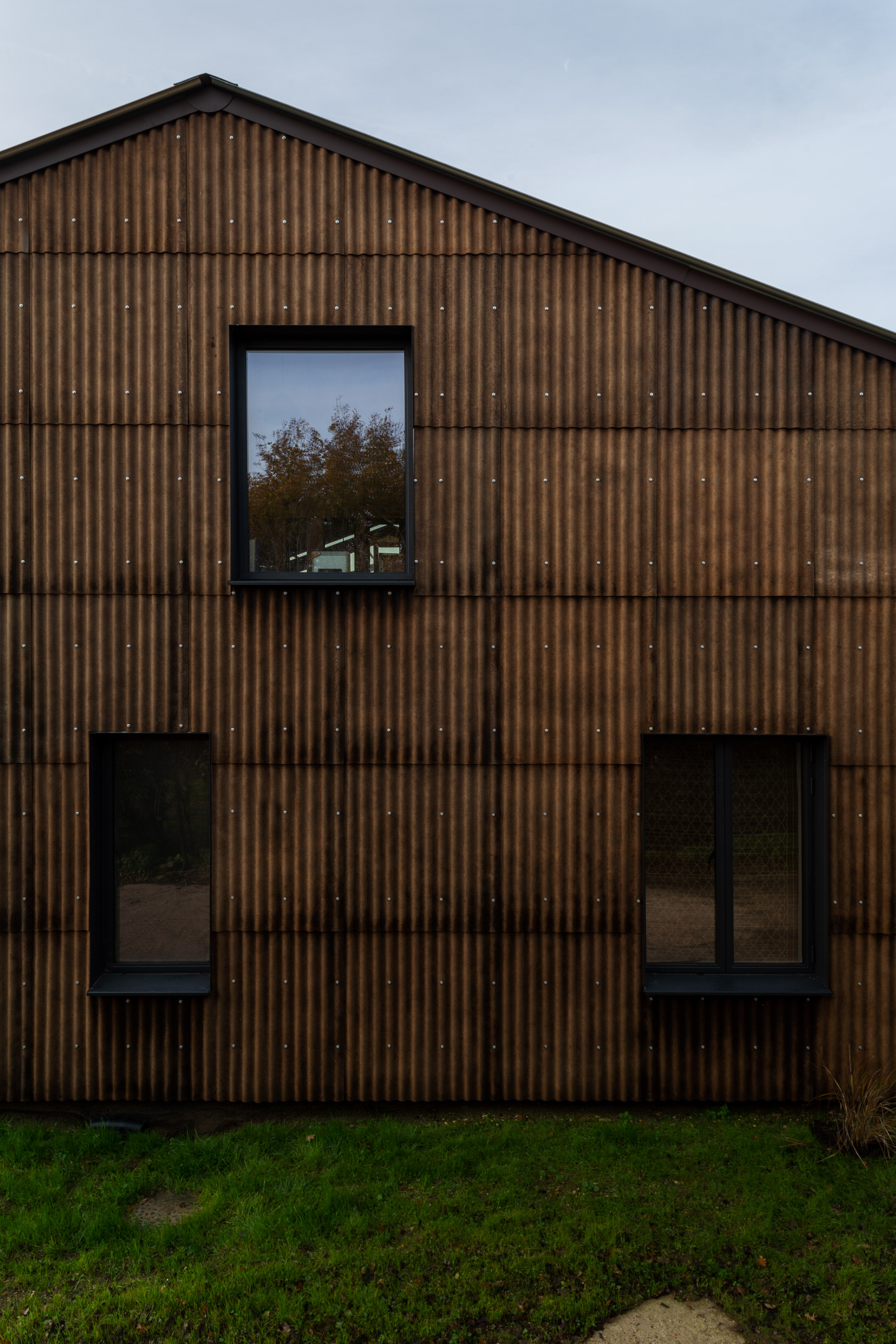 A growing number of architects and designers are experimenting with hempcrete in light of the current climate crisis.

Tav Group used the material last year to build a hillside home in Israel for a collective of environmentally conscious artists. Martens Van Caimere also applied thick layers of hempcrete around a Belgian residence to help it retain heat during the colder months.

Photography is by Oskar Proctor.

The post Hemp is used on the inside and out of Cambridgeshire’s Flat House appeared first on Dezeen.