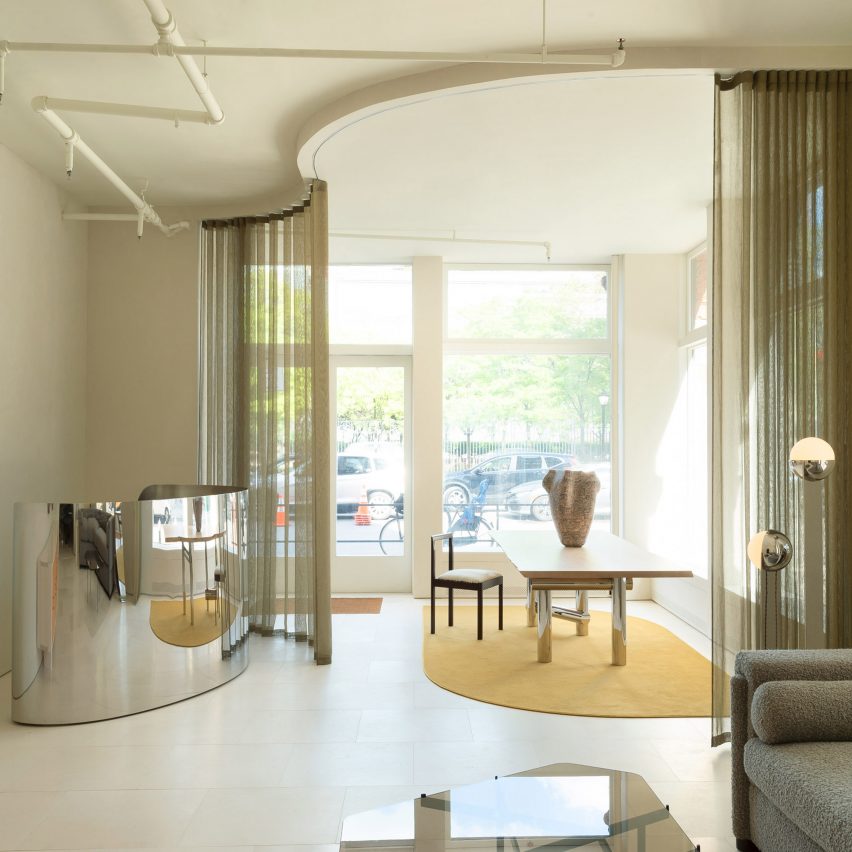 New York design studio Egg Collective has opened a new showroom in Lower Manhattan’s Tribeca neighbourhood, where its furniture is displayed in rooms laid out like a home. 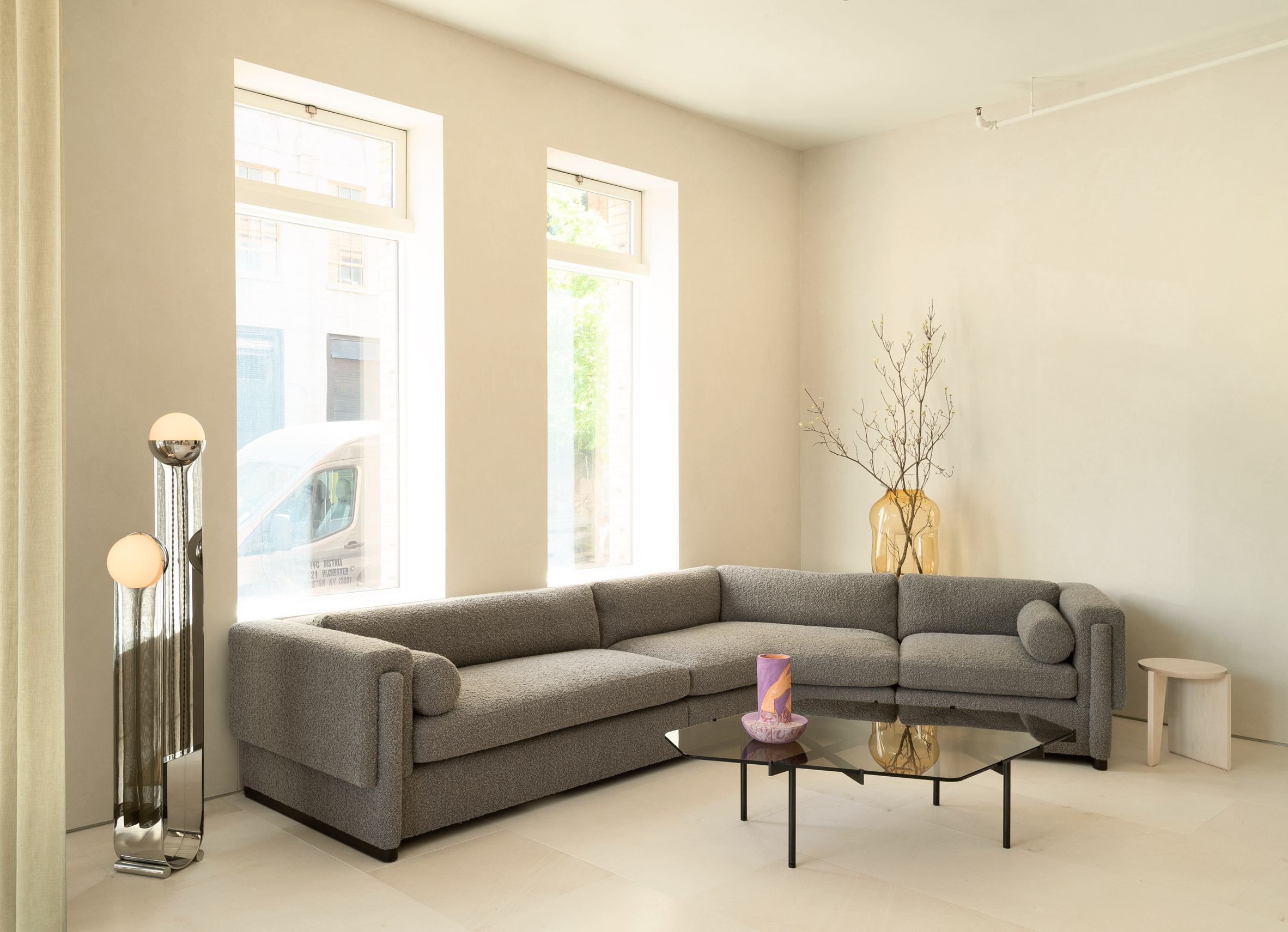 Located on the ground floor of a corner building, the sun-lit outpost marks Egg Collective‘s second showroom in the city, following a prior spot in a nearby industrial building.

The layout is intended to be like a residence as nooks feature intimate arrangements of the studio’s furniture collections. 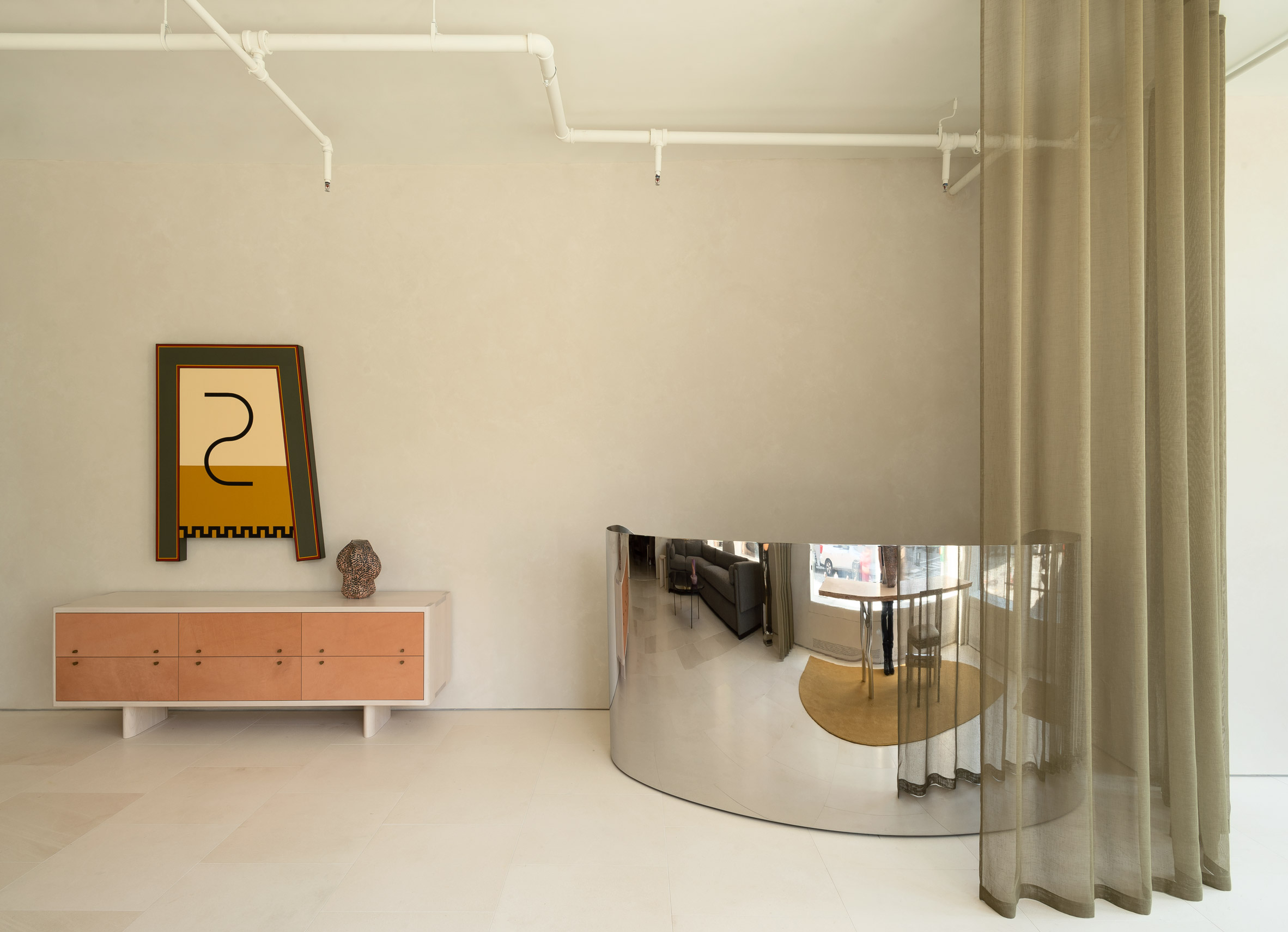 “For this transition, we wanted to shift slightly to a place that felt more residential and a little bit warmer,” Ellis told Dezeen at the showroom’s opening on 22 May.

“We wanted to have an environment that was conducive to the work, rather than having the work be in a white box.” 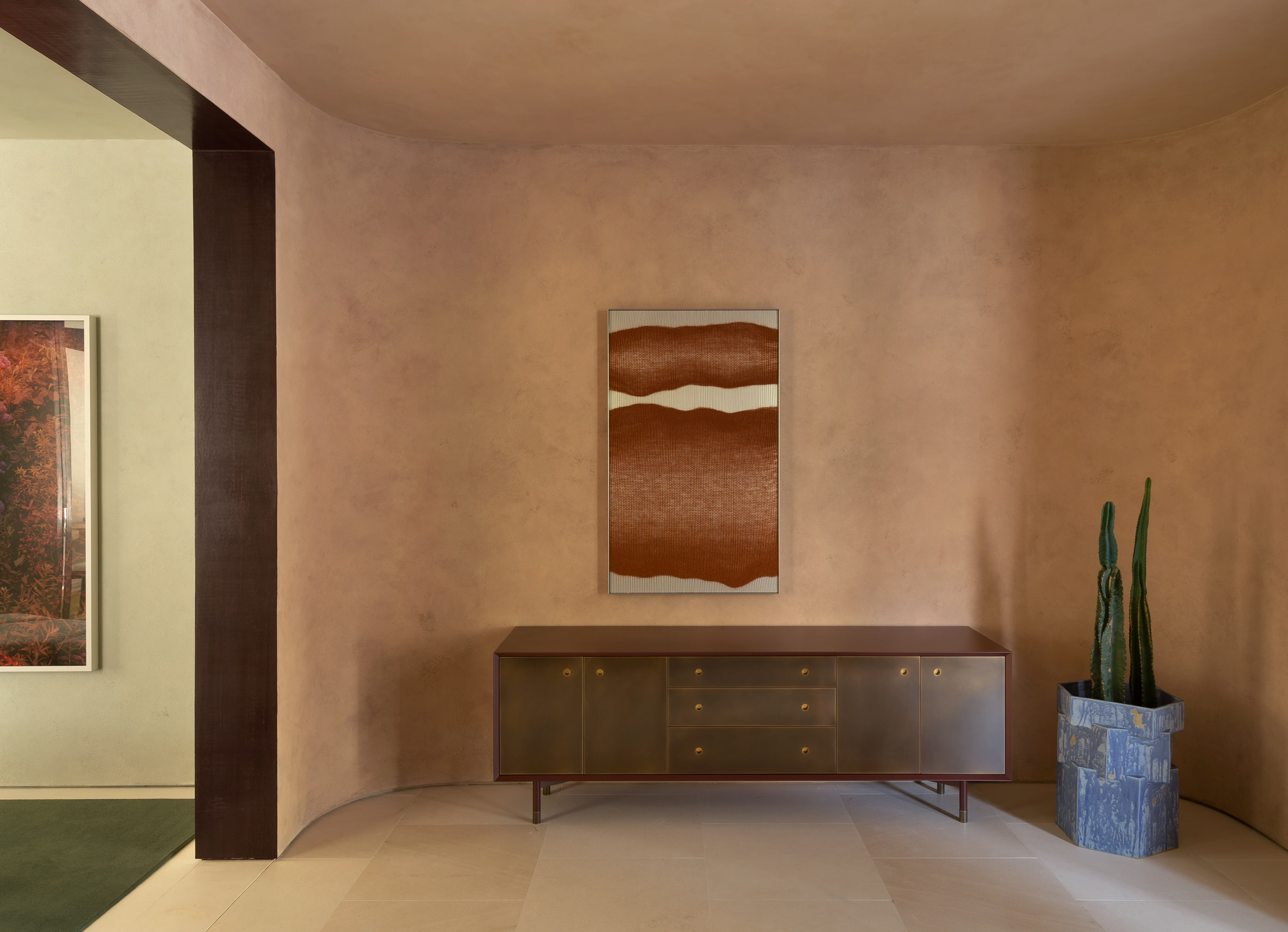 Egg Collective’s showroom differs dramatically from the studio’s first location, which opened in 2015 and was a “very open, airy white box kind-of space”. 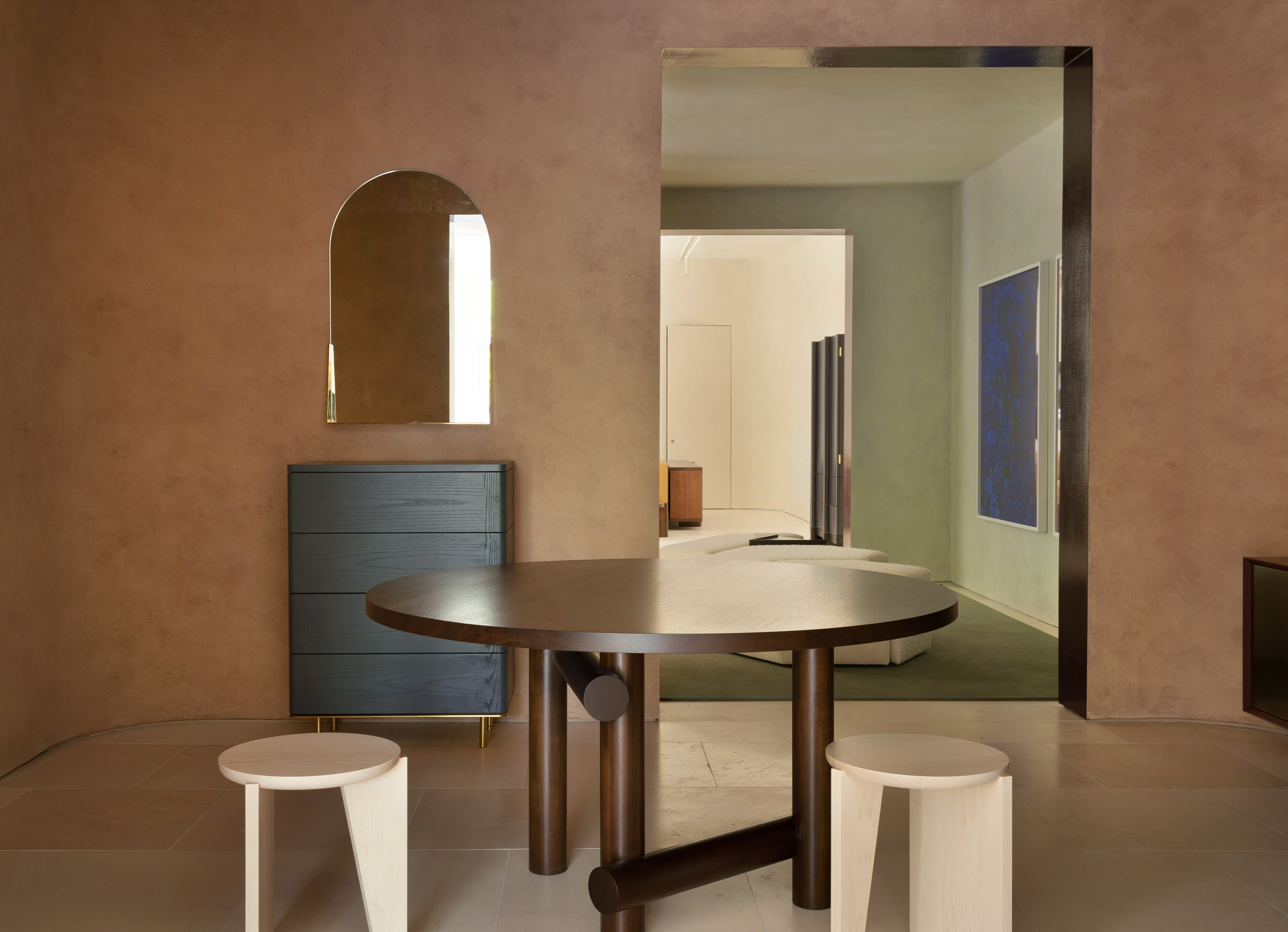 At the front is a large dining table and chair, a console, sectional, coffee table and lighting. A custom-designed polished stainless steel reception desk is tucked away to the side.

In the rear of the showroom is a spacious room with an L-shaped Hornbake Sofa and curved Martie tables as Egg Collective’s latest designs. An adjacent room features desks with sinuous tops, placed below a curved ceiling. 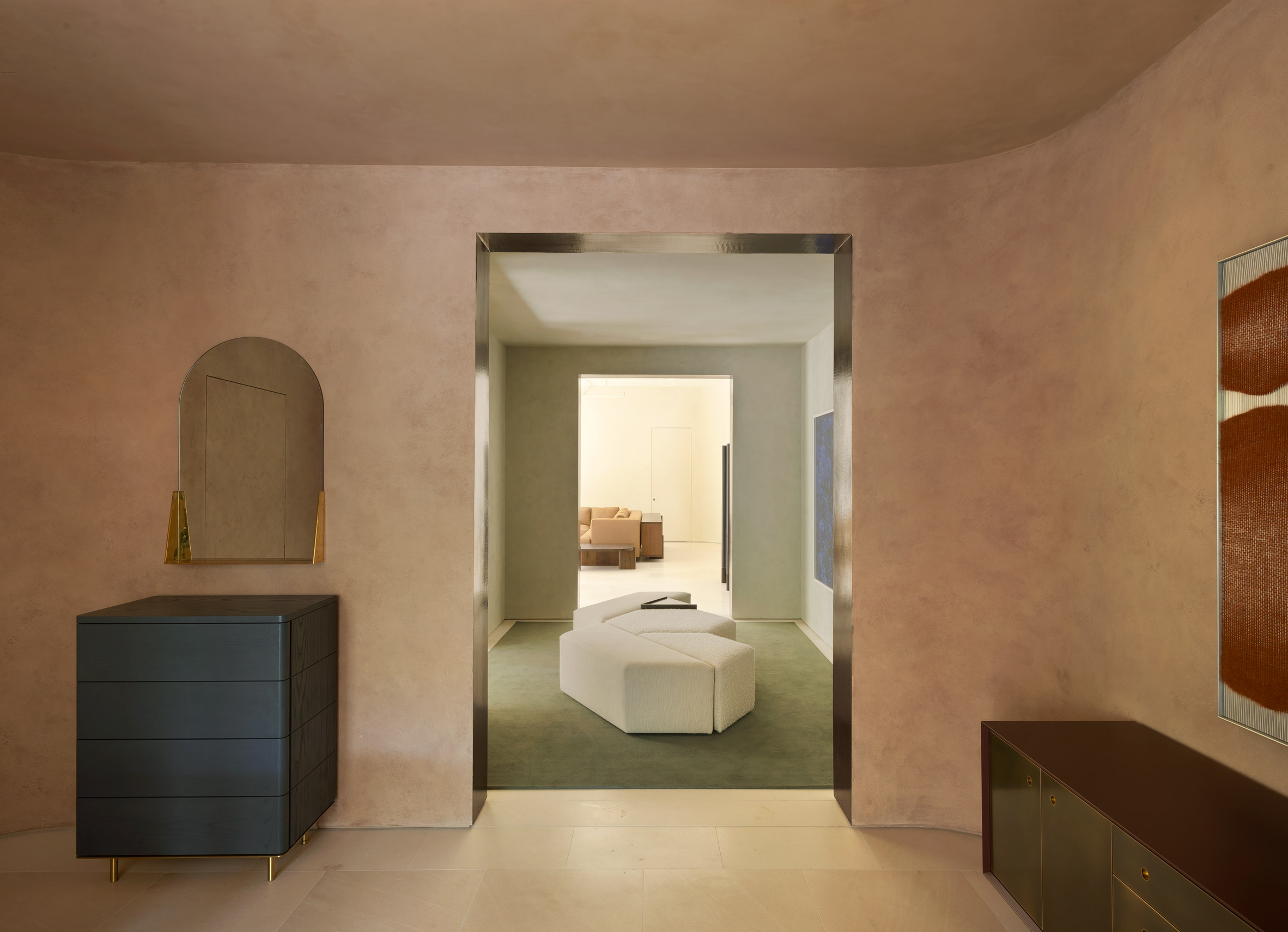 “The [new] products were actually informed by some of the decisions we were making in the architecture and vice versa,” she continued. “We really feel like there is a conversation that is happening between the space and the objects that were brought in.” 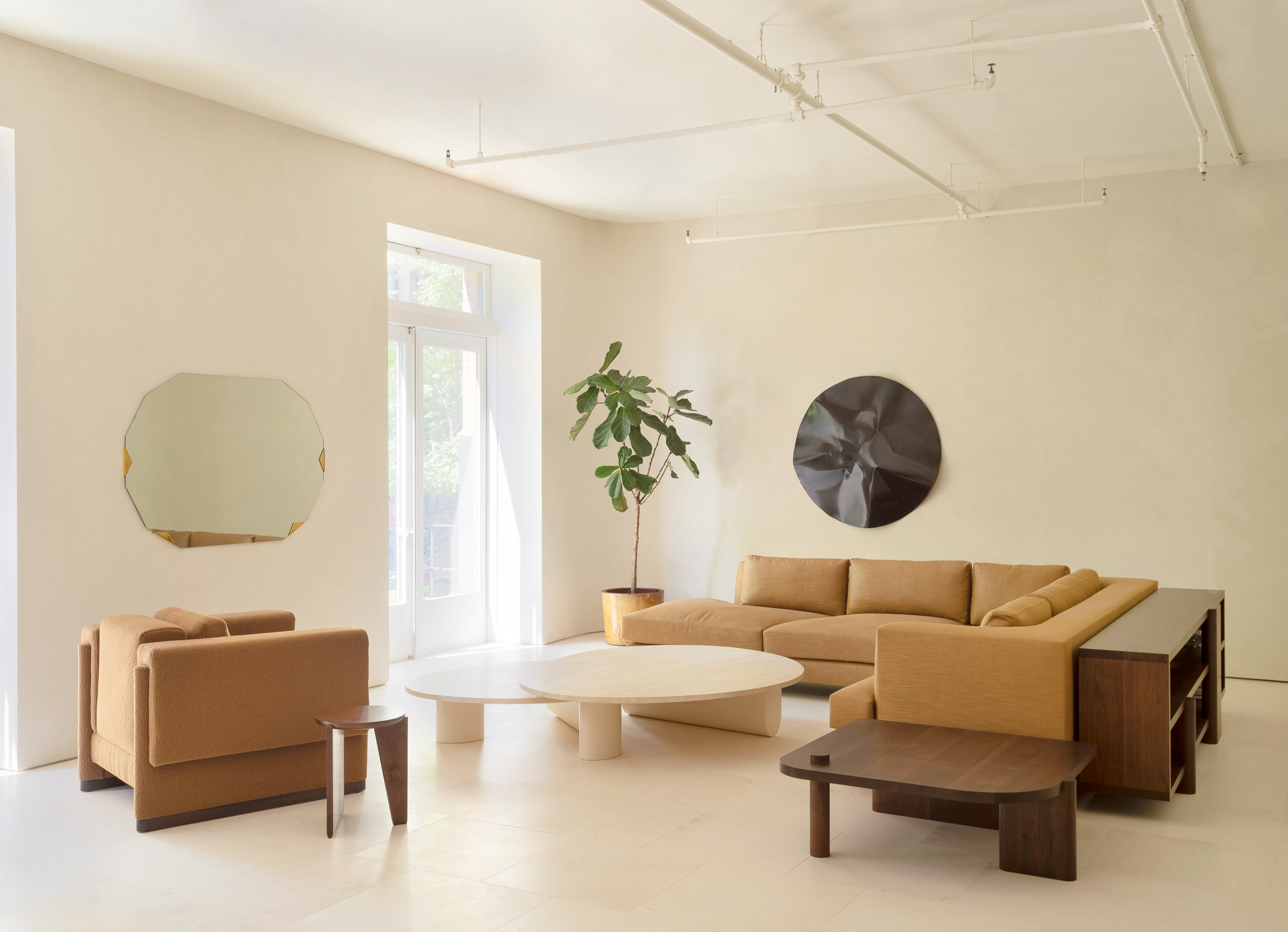 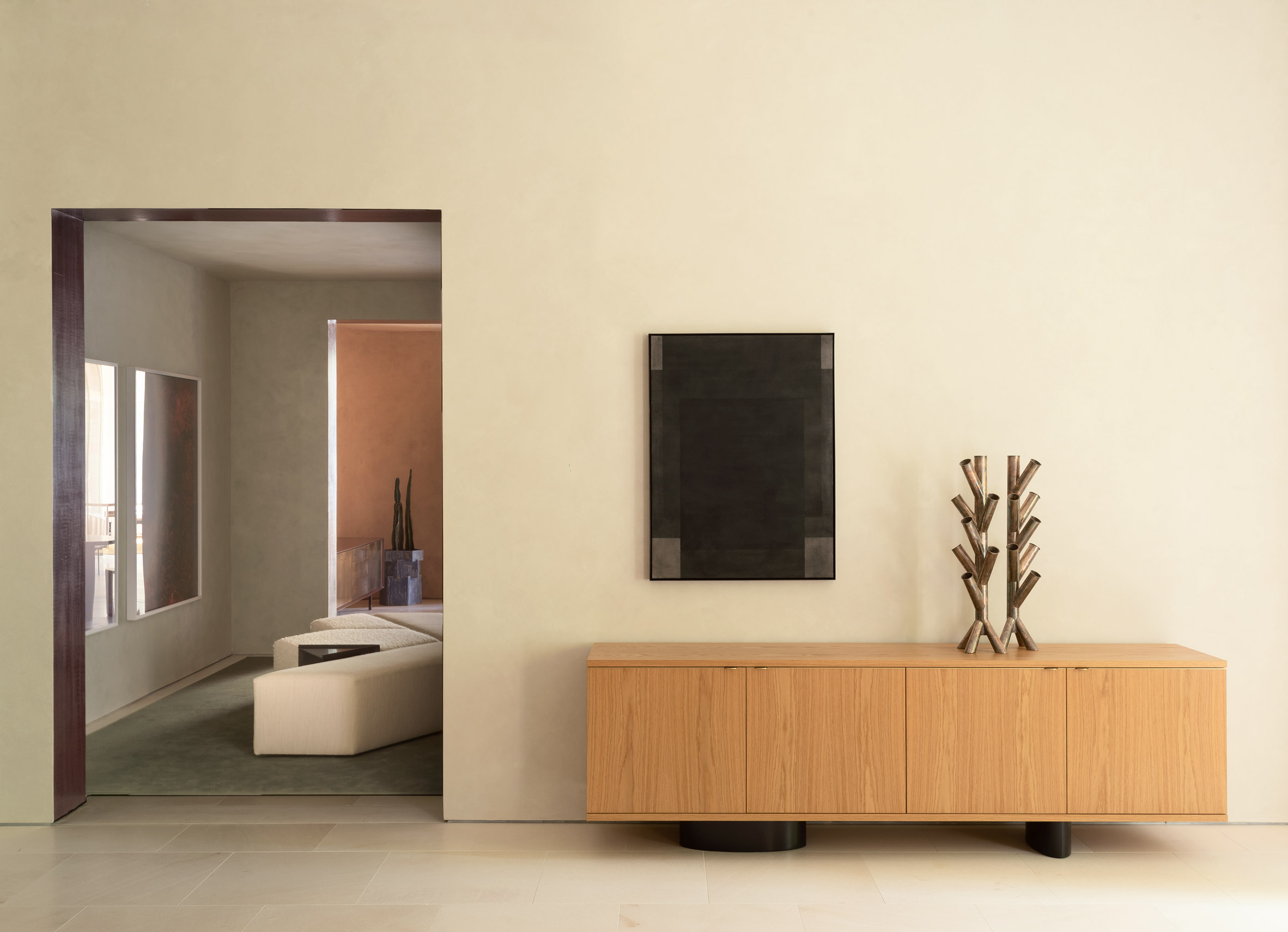 They went on to launch Egg Collective with their first furniture series at New York’s International Contemporary Furniture Fair in 2012, where they were awarded best new designer. 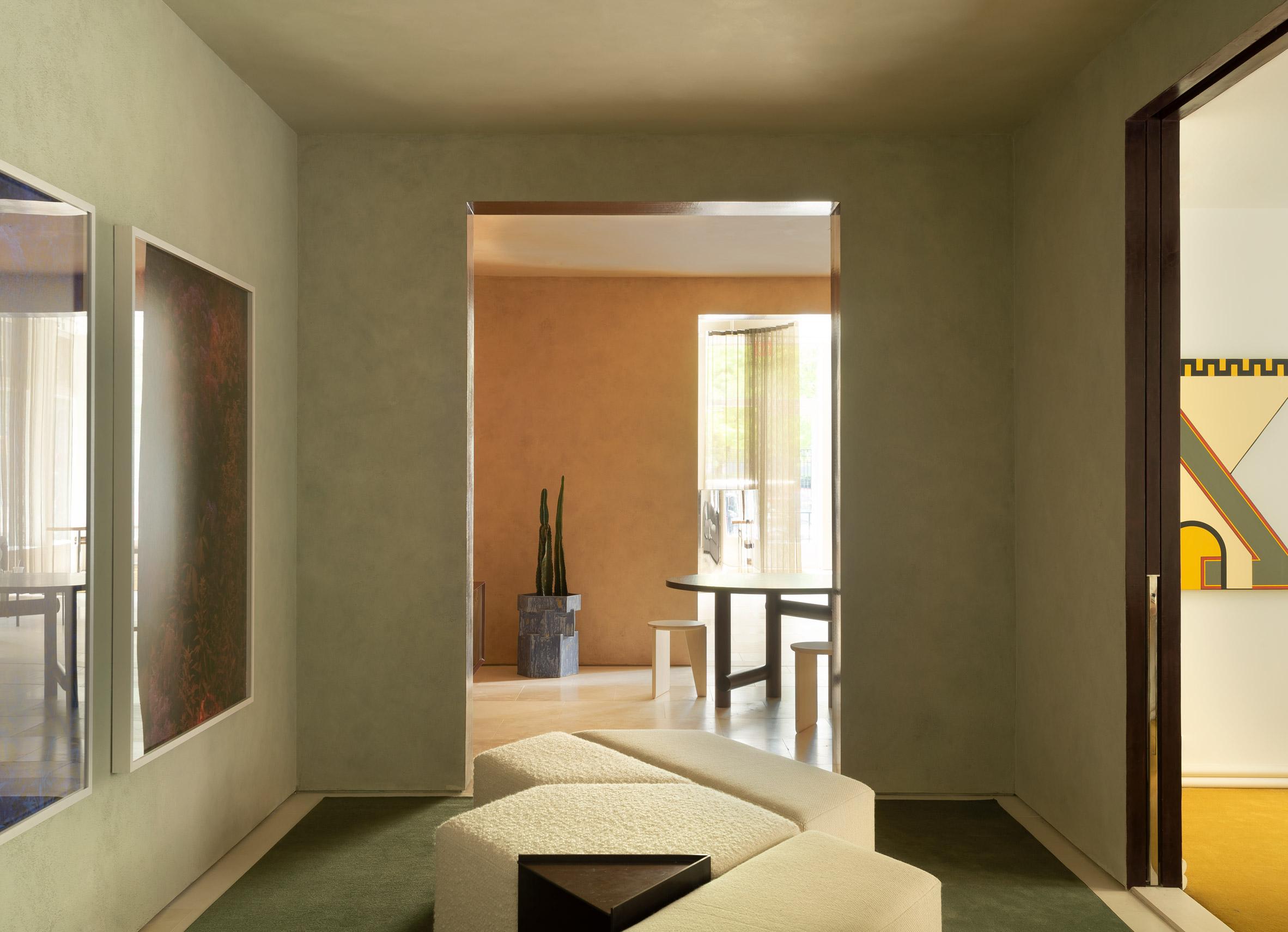 In more recent years, the trio has become known for their female-focussed Designing Women exhibitions.

The first took place in 2017, featuring 15 New York-based individuals and studios. It formed part of a number of all-women design shows in the city that aimed to highlight the “inequities that still exist” in the industry.

Photography is by Matthew Williams courtesy of Egg Collective.