Continuing our review of 2019, Sabina Sohail selects the top 10 hotels of the year including a spa in the Sharjah desert and a hotel built within an abandoned quarry in China. Located in Tulum, the interiors of this hotel features palm leaf-lined ceilings and wooden fixtures and furnishings – taking cues from its verdant surroundings.

Jungle Keva is made up of four 50 square-metre guest lodges, which have been dotted throughout a tree-filled plot of land to create an atmosphere of “being in a small village in the Mayan jungle”. 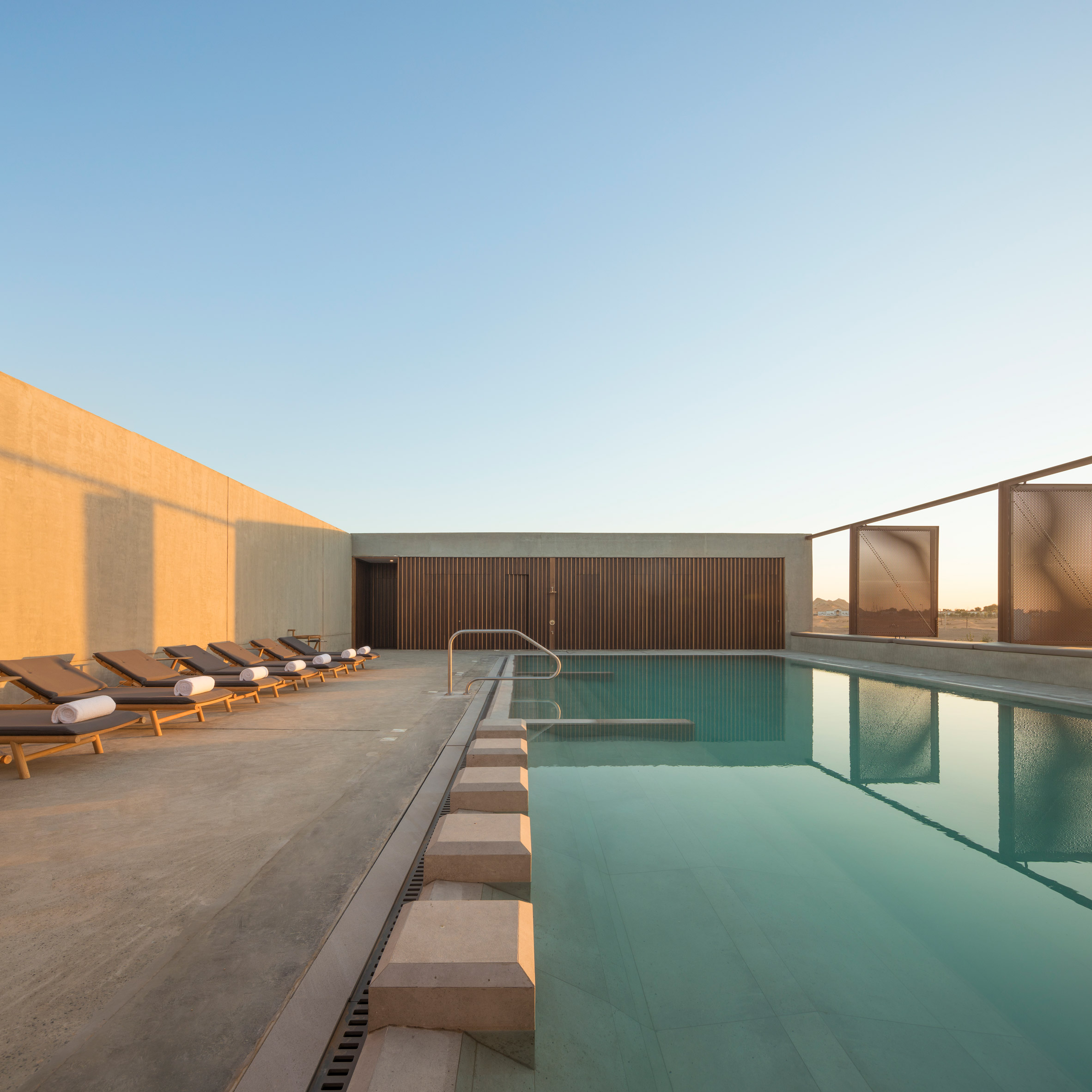 Anarchitect transformed a pair of stone buildings, originally built half a century ago, into this five-room boutique hotel and saltwater spa located in the Sharjah desert.

Each room has its own star-gazing skylight, while the master suite has its own private roof terrace. 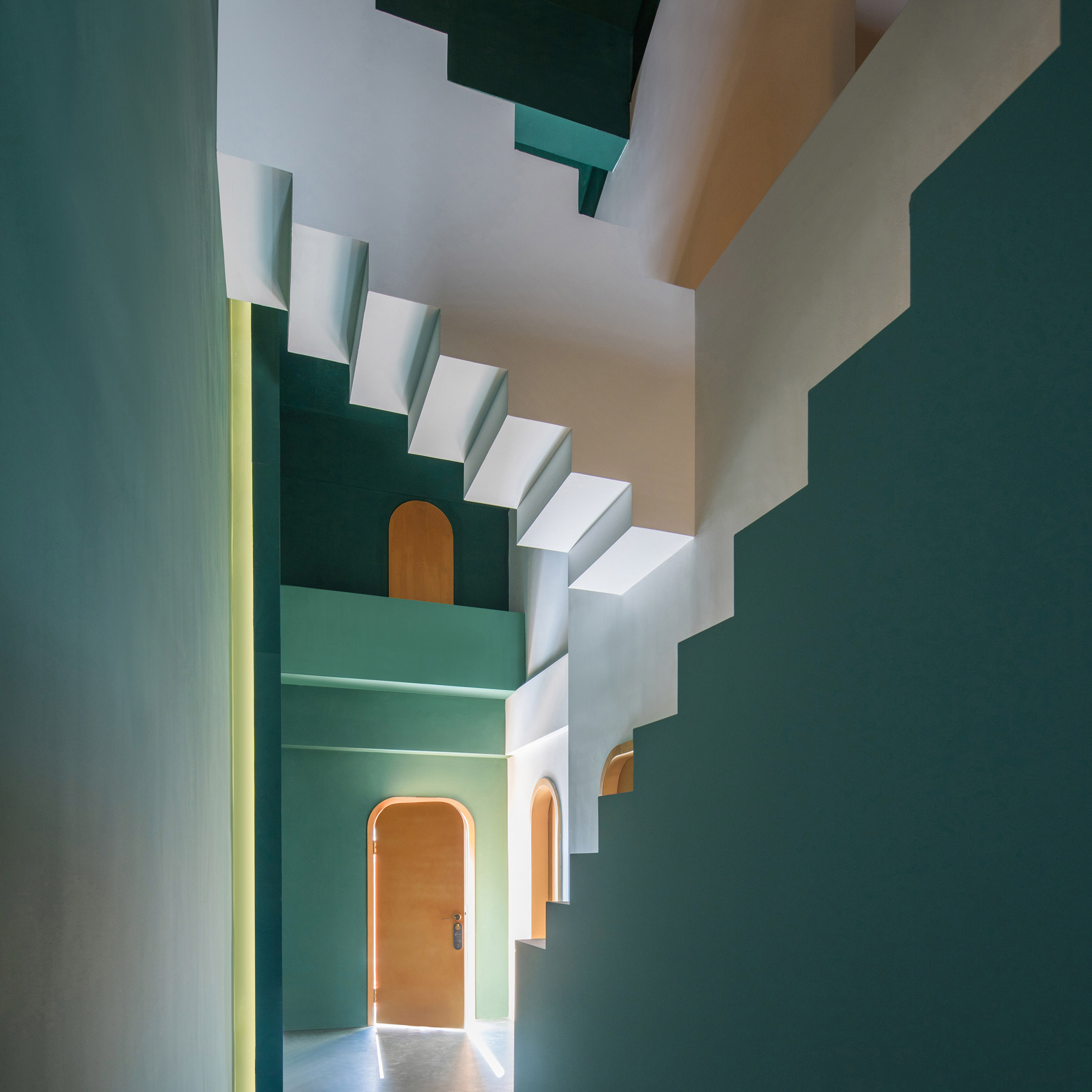 Dream and Maze, China, by Studio 10

Studio 10 created an MC Escher-inspired look for two of the guest rooms within a hotel in Guilin, China, which is comprised of several differently themed rooms.

The rooms, which are described as a “hideout from the bustling world” by Studio 10, have maze-like stairways and optical illusions that are designed to trick the eye.

Read more on Deam and Maze › 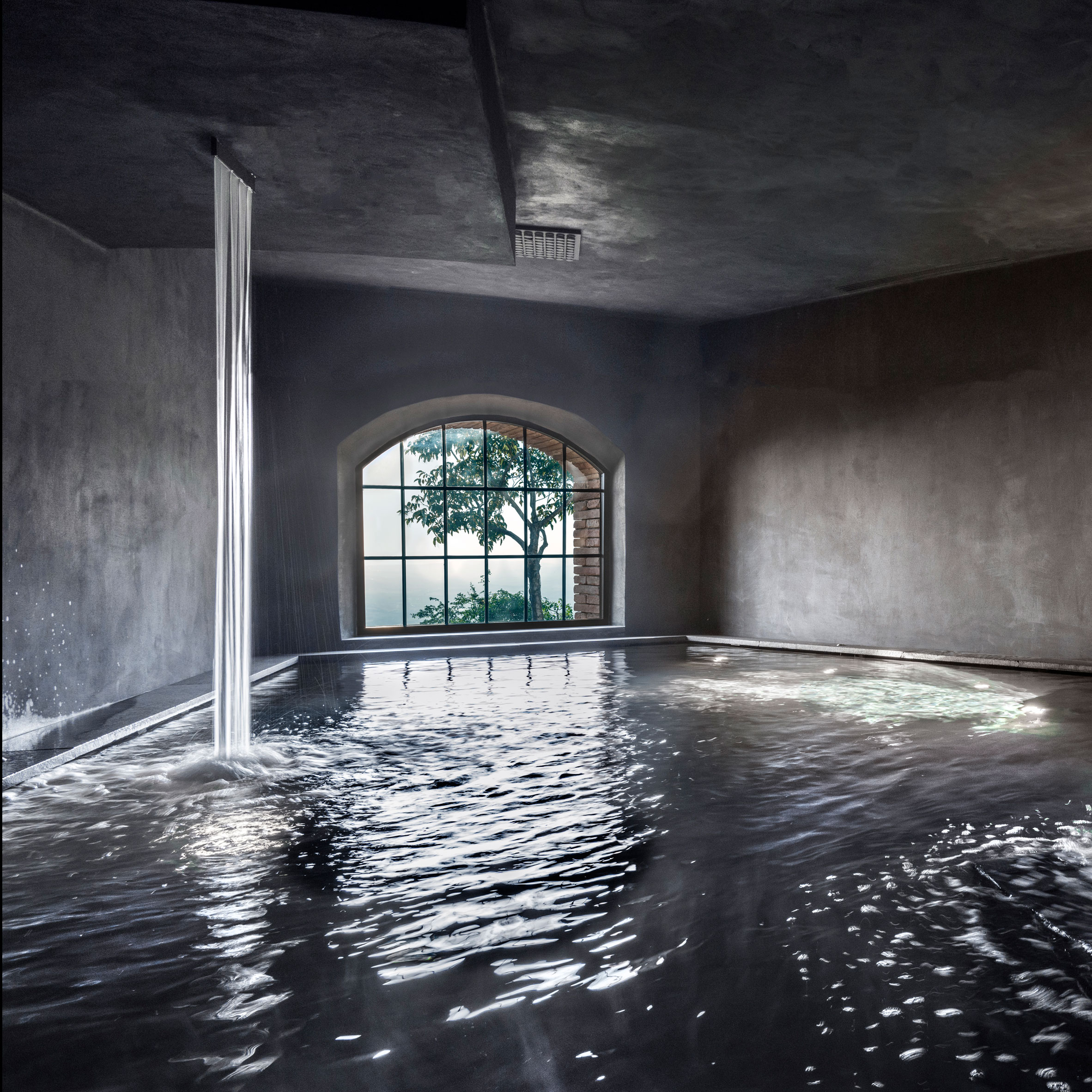 Old, crumbling structures located in a hamlet in Val d’Orcia, Tuscany, were restored over a 14 year period to form the 29-room Monteverdi Hotel. It also has a restaurant, culinary academy and spa.

Rome-based artist and interior designer Ilaria Miani designed the interiors to contrast between contemporary and rustic.

Read more on the Monteverdi Hotel › 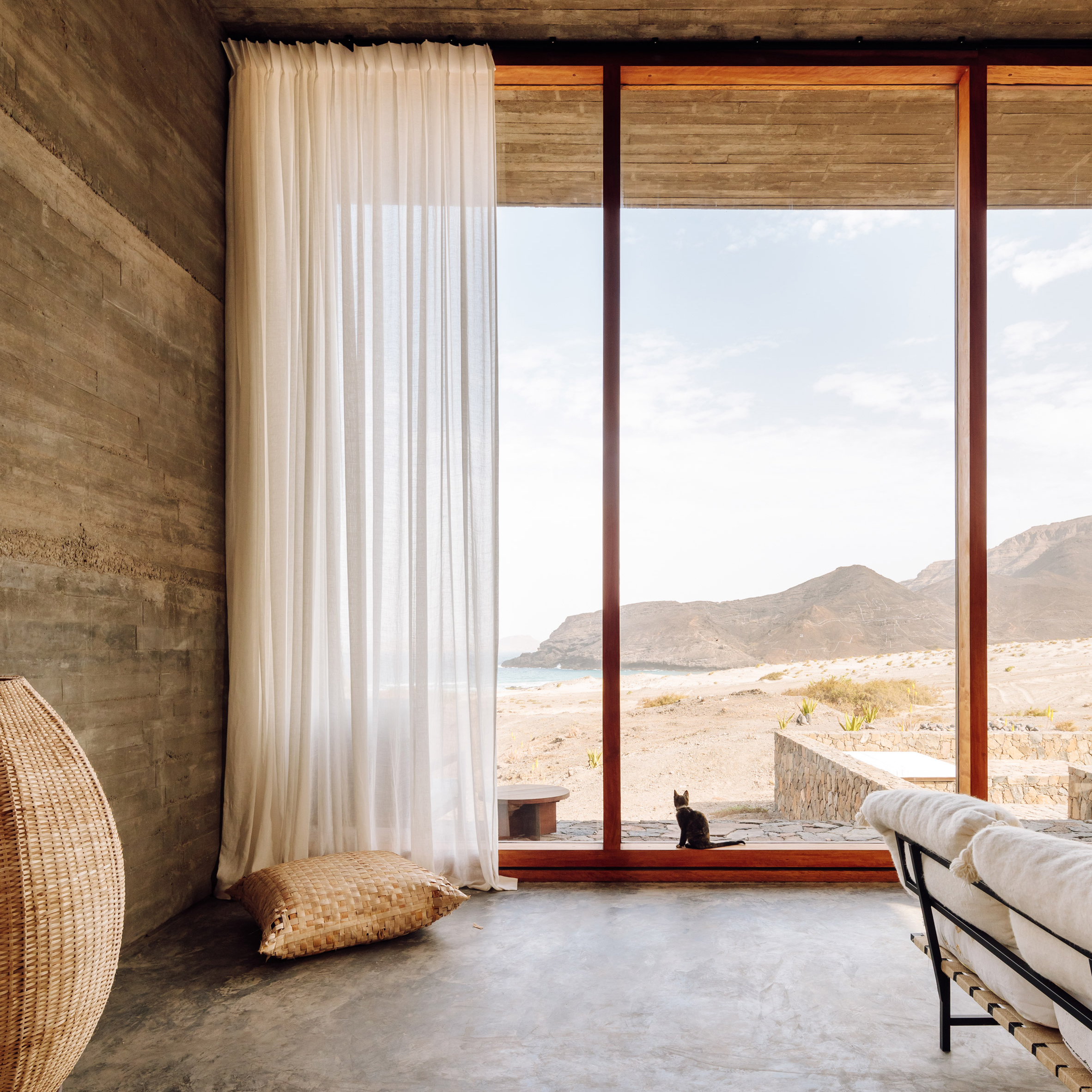 To ensure guests have maximum exposure to sweeping sea views and natural daylight, each building was arranged around a central outdoor patio that comes complete with a pool and kitchen area. 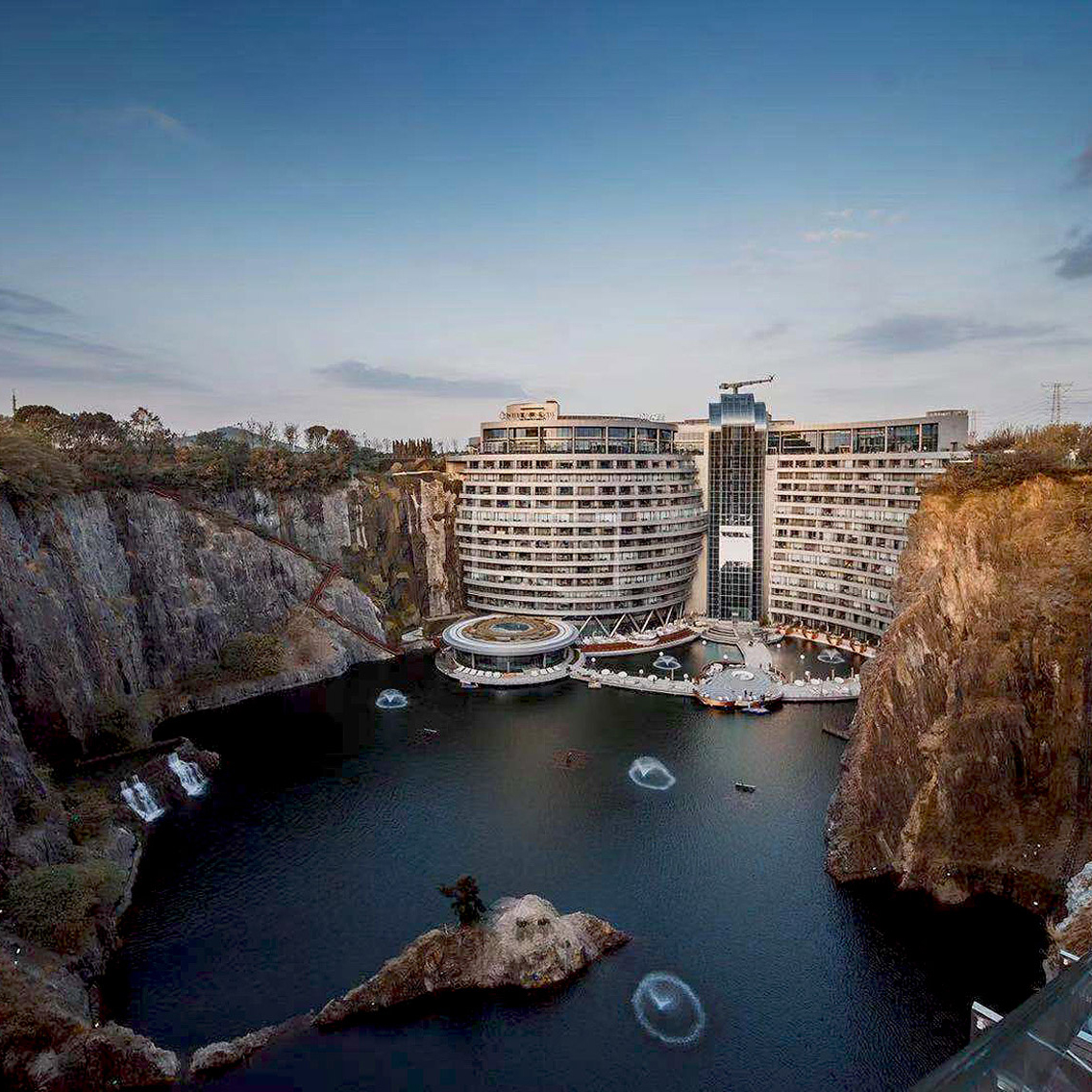 Jade + QA designed a 337-room hotel that descends 16 storeys below ground level in an 88-metre-deep abandoned quarry near Shanghai.

Described by the architect as a groundscraper, the steel-framed building is attached to the cliff on one side, with rooms wrapped around the walls of the quarry. A “glass waterfall” structure contains the hotel’s observation lifts. 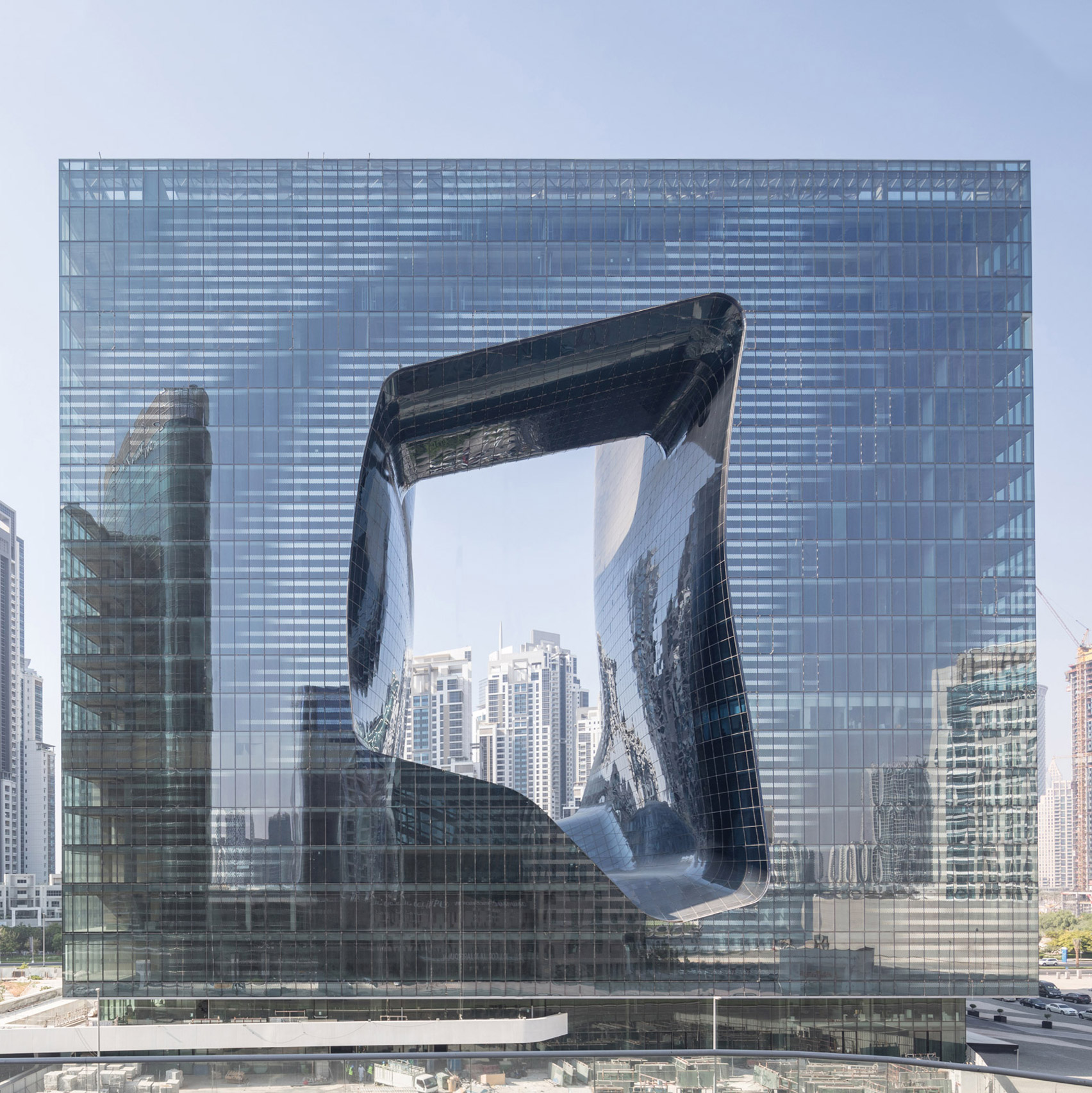 Set in the Burj Khalifa district, the cube-shaped hotel was designed by the late Zaha Hadid.

It was built from two 100-metre-high towers that are joined by a four-storey atrium at ground-level and an asymmetric sky-bridge to create an irregular void at its centre.

Read more on The Opus › The interiors of Heckfield Place combine the grandeur of a Georgian manor with the informality of a modern farmhouse.

Built within an 18th-century country house, the hotel sits at the heart of a 430-acre estate and features two restaurants, spa facilities, an underground cinema, and a farm where natural produce and flowers are grown for guests. This 11-room boutique hotel was on the verge of collapsing until Manea Kella transformed restored it with contemporary details that combine with the house’s art-nouveau details.

Some original features were restored, including a grand oak staircase, original mouldings and terrazzo by specialist craftsmen. This 300-year-old building that once served as an inn for merchants and a refuge for Chinese soldiers was converted into a boutique hotel that features a series of spaces designed to “capture the essence of a bygone era”.

Located in rural China, the hotel was restored to respect and honour of the local architecture history with the help of local artisans.

The post Dezeen’s top 10 hotels of 2019 appeared first on Dezeen.