Béres Architects made the original stone walls the stand-out feature when renovating this apartment inside a 400-year-old building in the medieval old town of Kőszeg in Hungary. 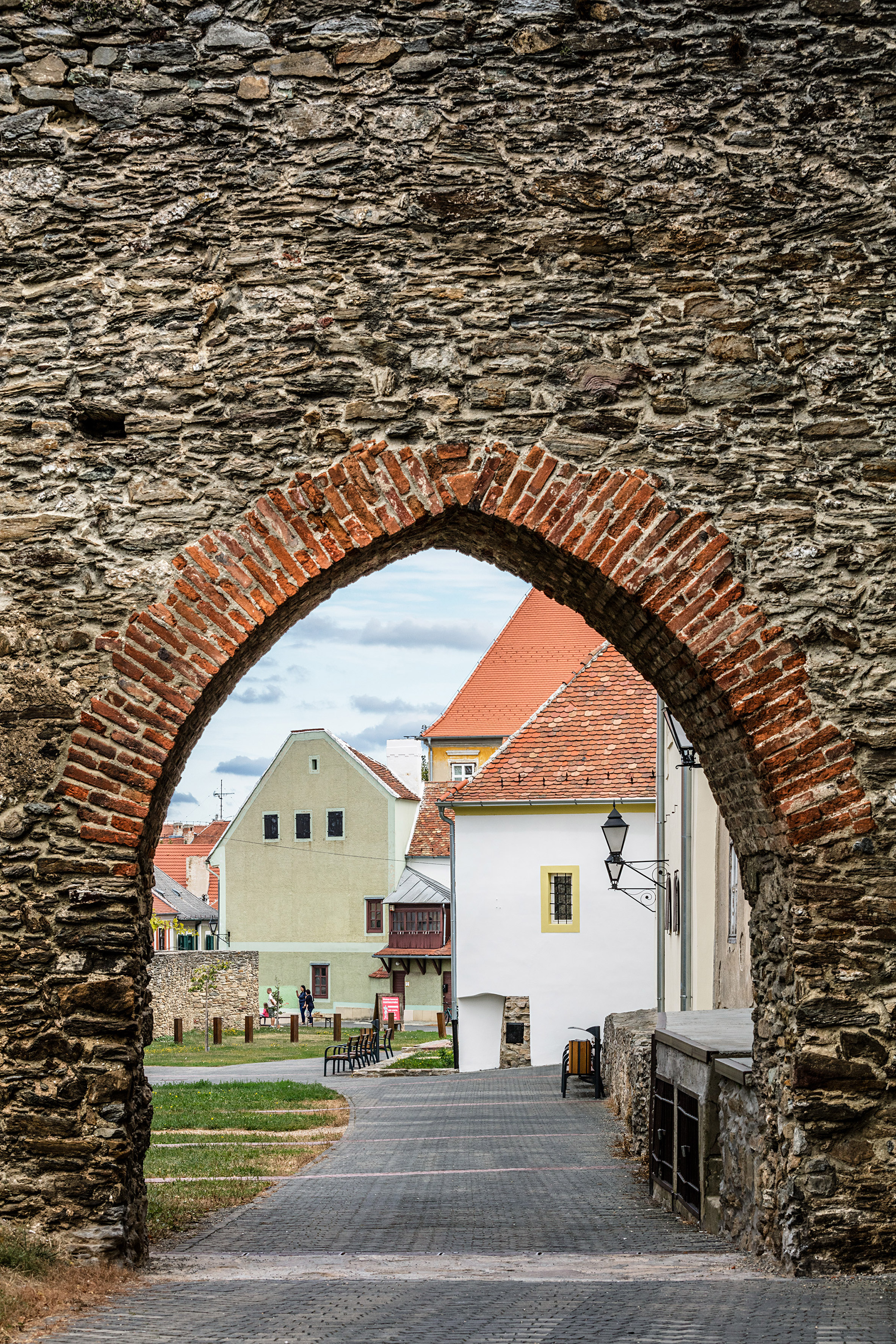 Béres Architects was commissioned to restore the centuries-old guesthouse by its owner, Attila Hideg. The Hungarian studio had previously worked for Hideg to create a woodland retreat in a former quarry on the outskirts of the same town.

Originally, the Nickzy Apartment house was built on top of the outer wall of the fortifications protecting the castle, some time after Turkish forces attacked Kőszeg in 1532. Part of the structure is still visible on the building’s exterior. 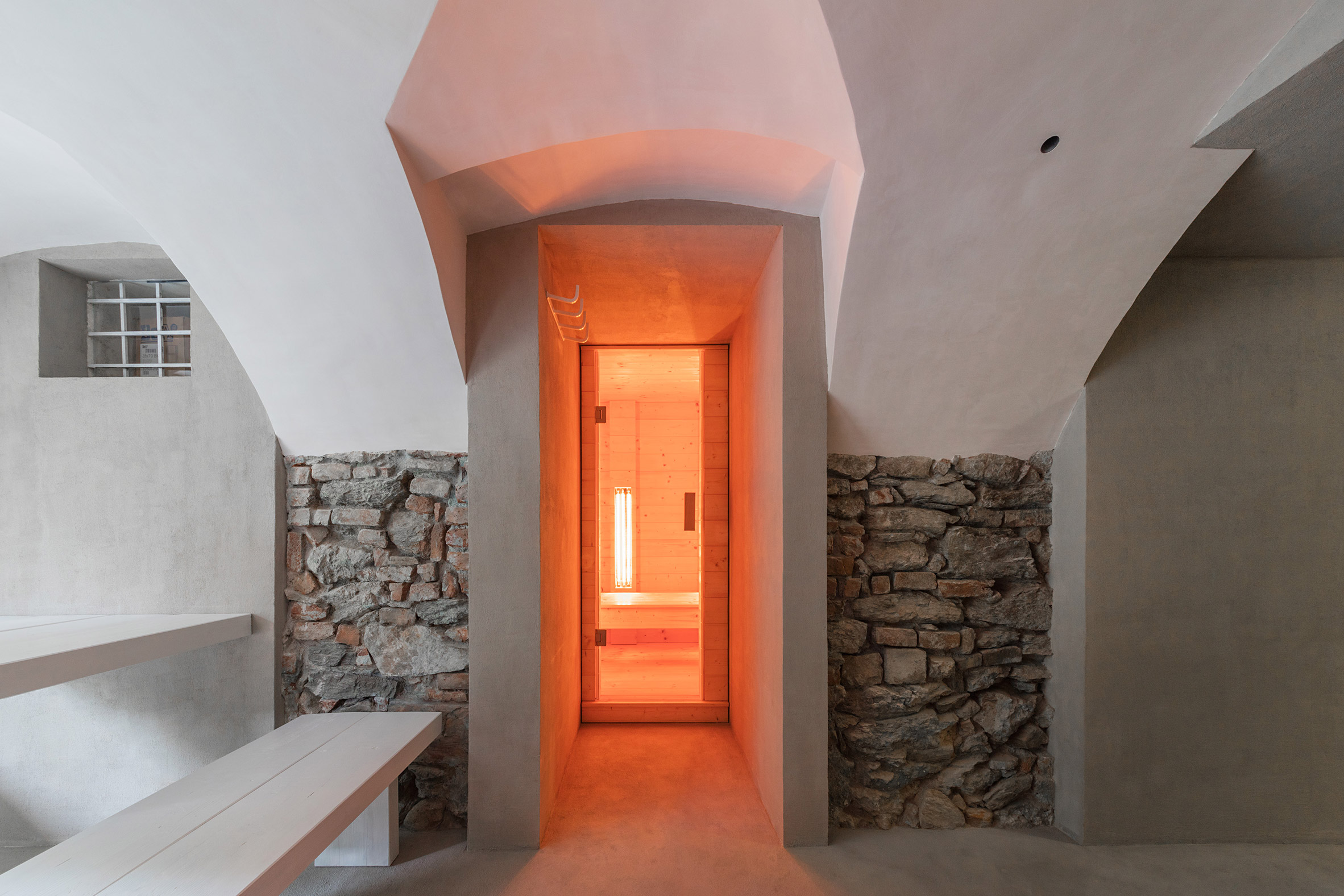 In the 1980s the property had been subject to reconstruction work that had hidden most of the original features. The architects carefully stripped this back and converted the space back into a guesthouse.

“We knew that the worth of the building was hiding behind the layers of plaster,” architect Attila Béres said in a statement. 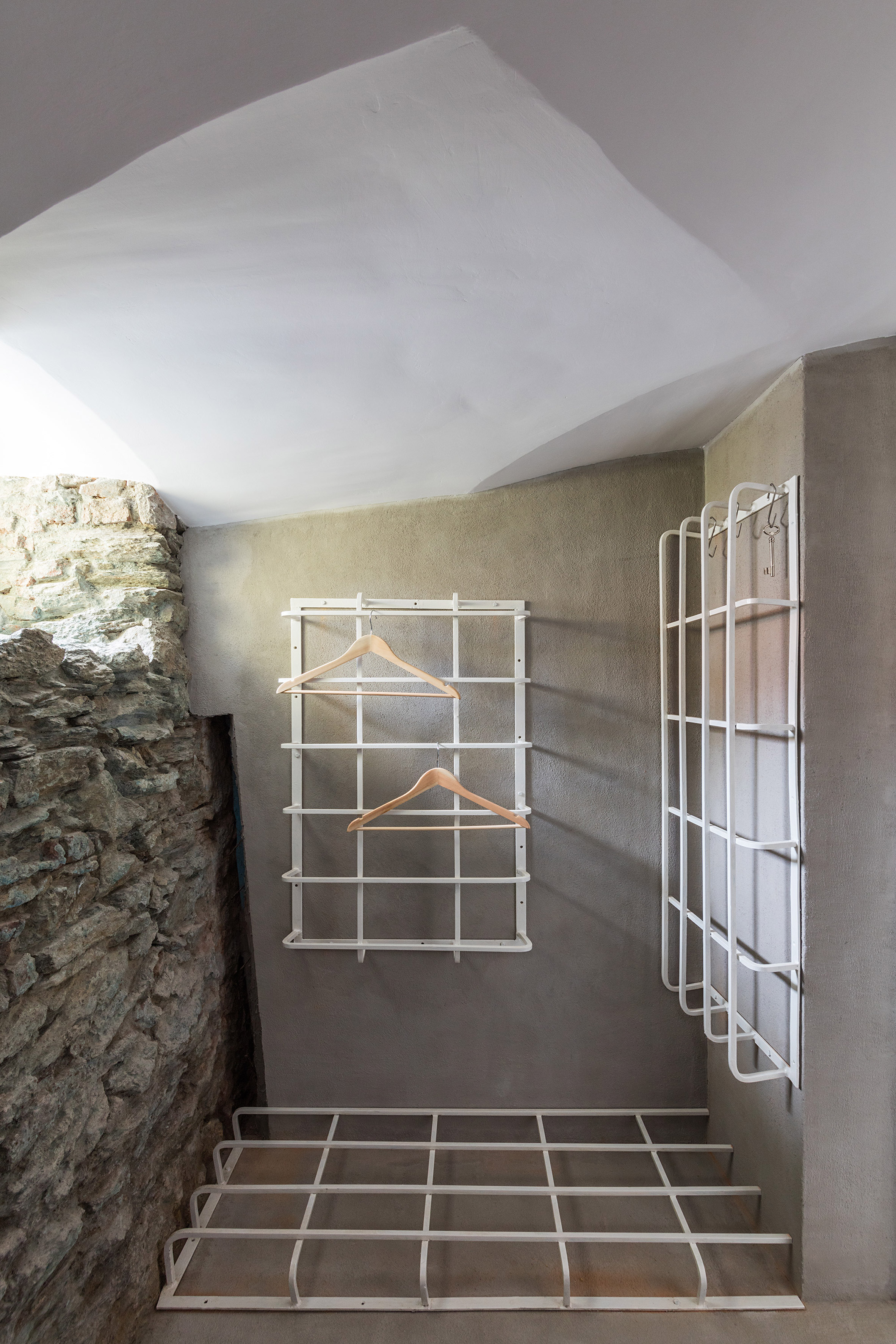 “Together with Attila Hideg we kept updating and re-evaluating our thoughts along the phases of the design and construction to get the best result,” he continued.

“It is almost impossible to compare this method with the evolution of the design of a newly built house. A tricky and interesting field for us to test how we behave outside our architectural comfort zone.” 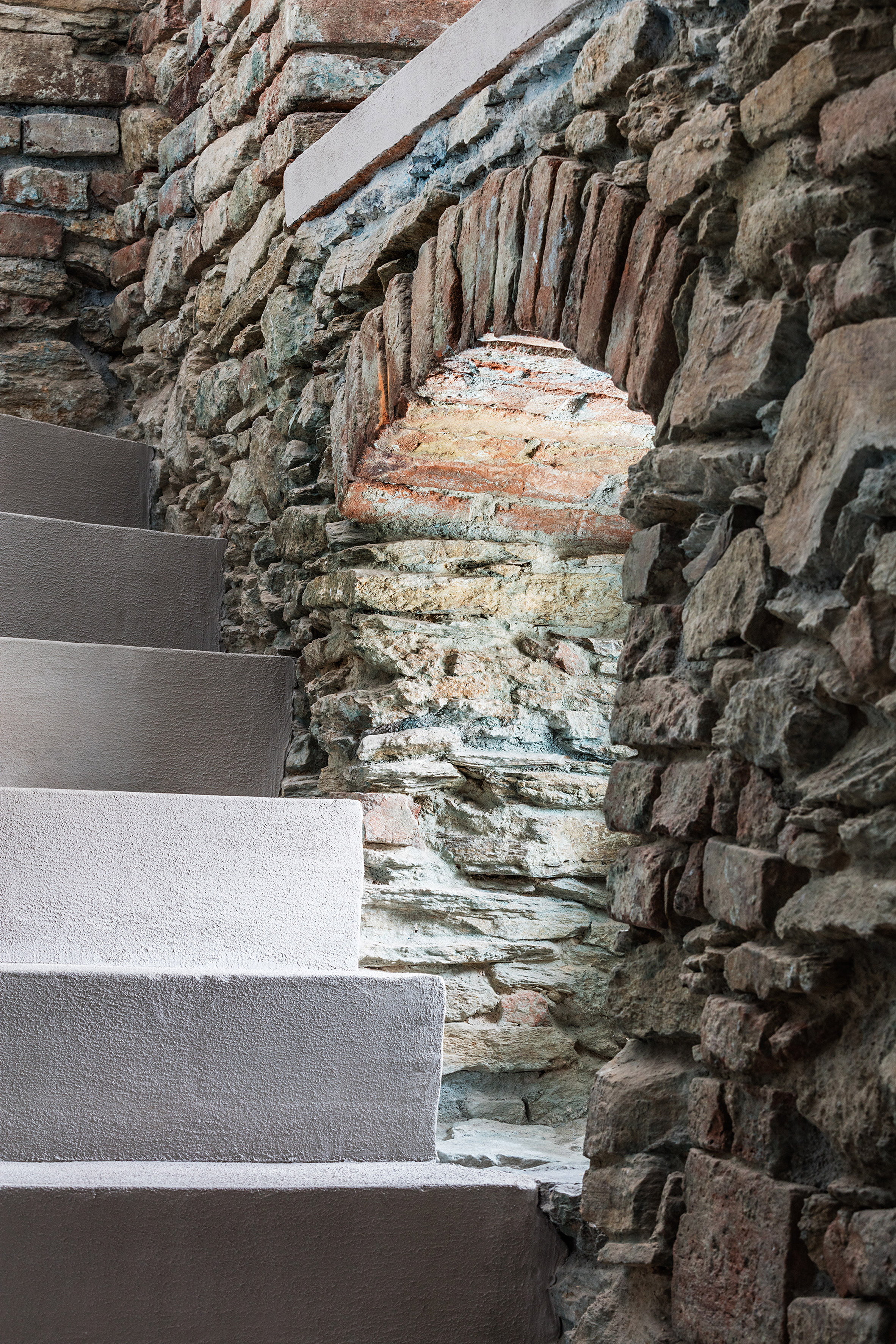 A wine cellar was rooms on the upper floors were added some time before 1684. In the 18th century the Nickzy family purchased the house and turned the rooms facing the castle into guest rooms for artists and merchants travelling to the town.

“The essence of the climate of the space is given by the centuries-old restored stone walls. Everything else is secondary,” Bêres said. 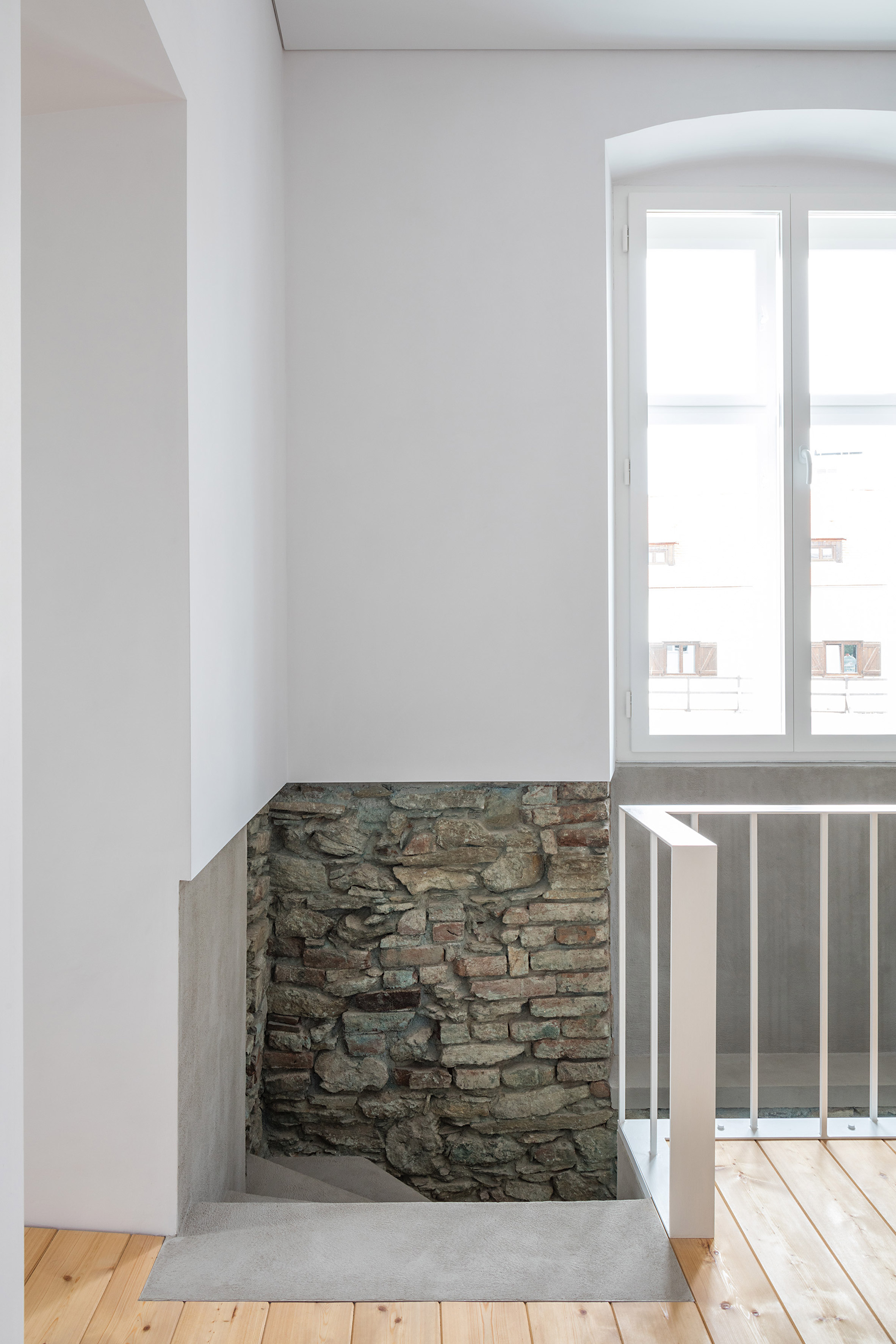 Visitors enter through a small private garden via the vaulted basement, which still houses a wine cellar along with a sauna, relaxation area and storage space. 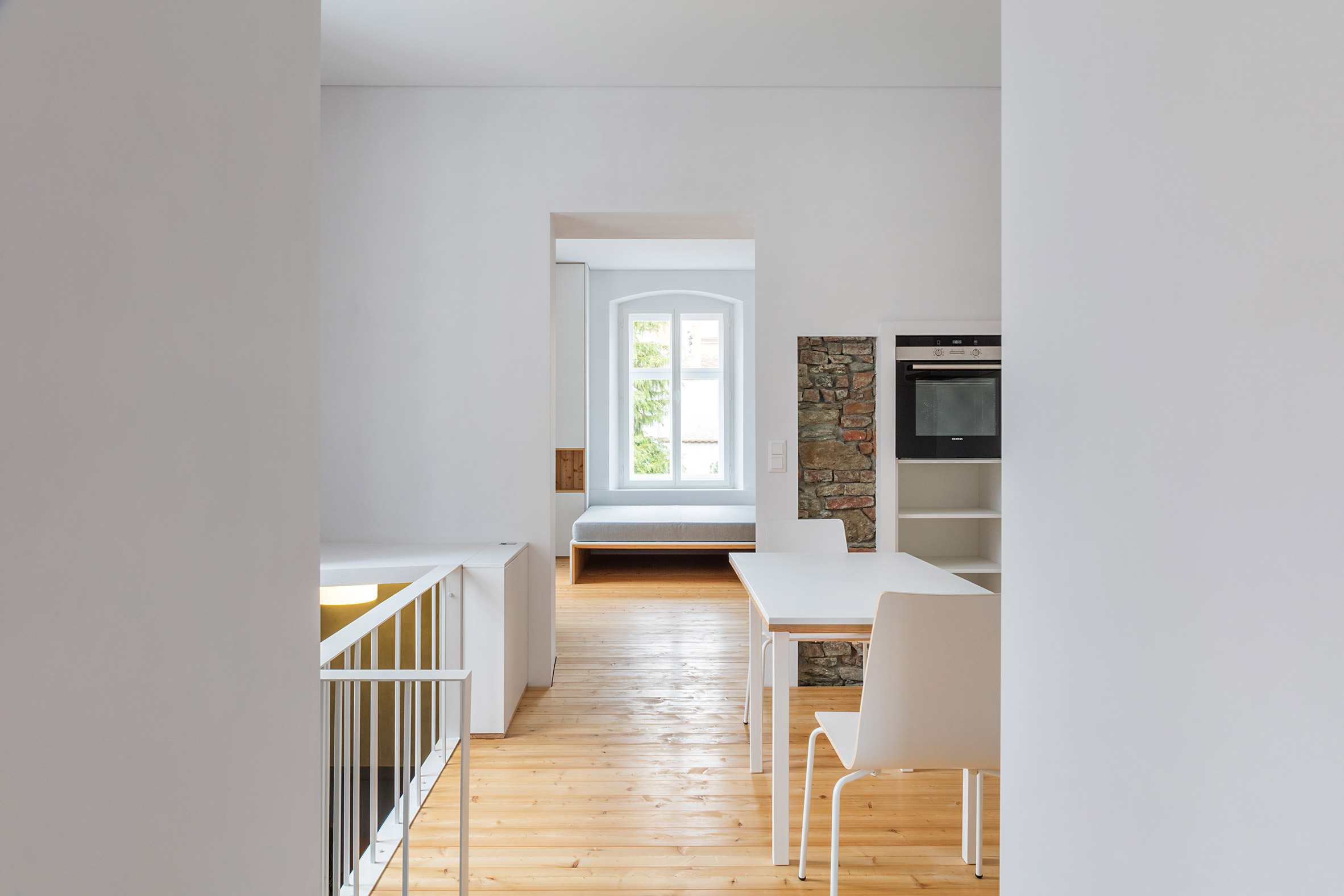 A concrete staircase rises from the basement to meet the oiled larch floorboards and white plastered walls of the upper level.

Parts of the walls have been left bare to reveal the original stones beneath, which date from later periods than the basement. 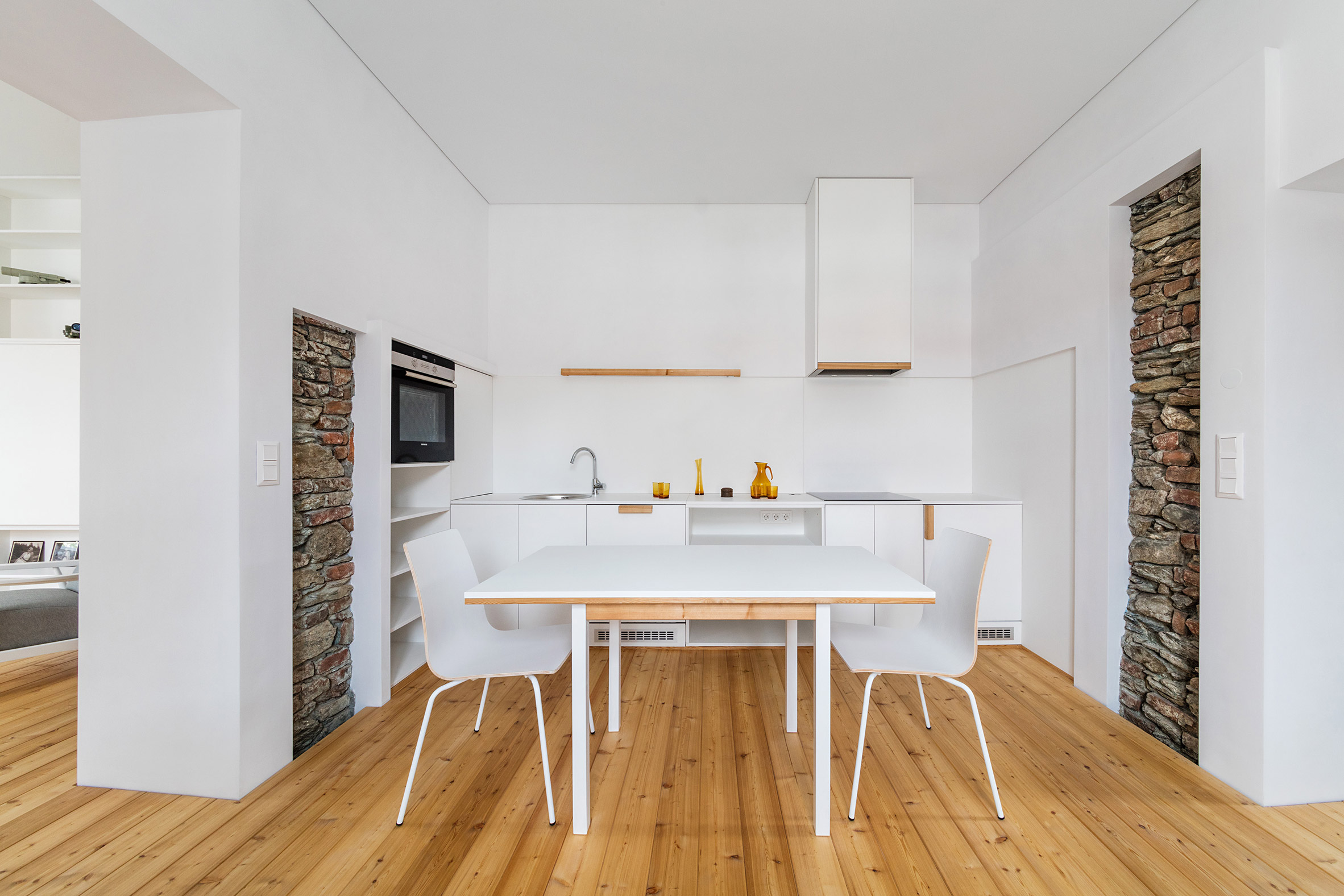 “We used small and simple signs and gestures to link the elements of the space. We defined clear but not harsh boundaries between old and new parts,” said the architects.

Three main areas define the upper floor, which is divided into a kitchen and dining area, a living a bedroom area, and a bathroom. No partition walls or interior doors separate the spaces. 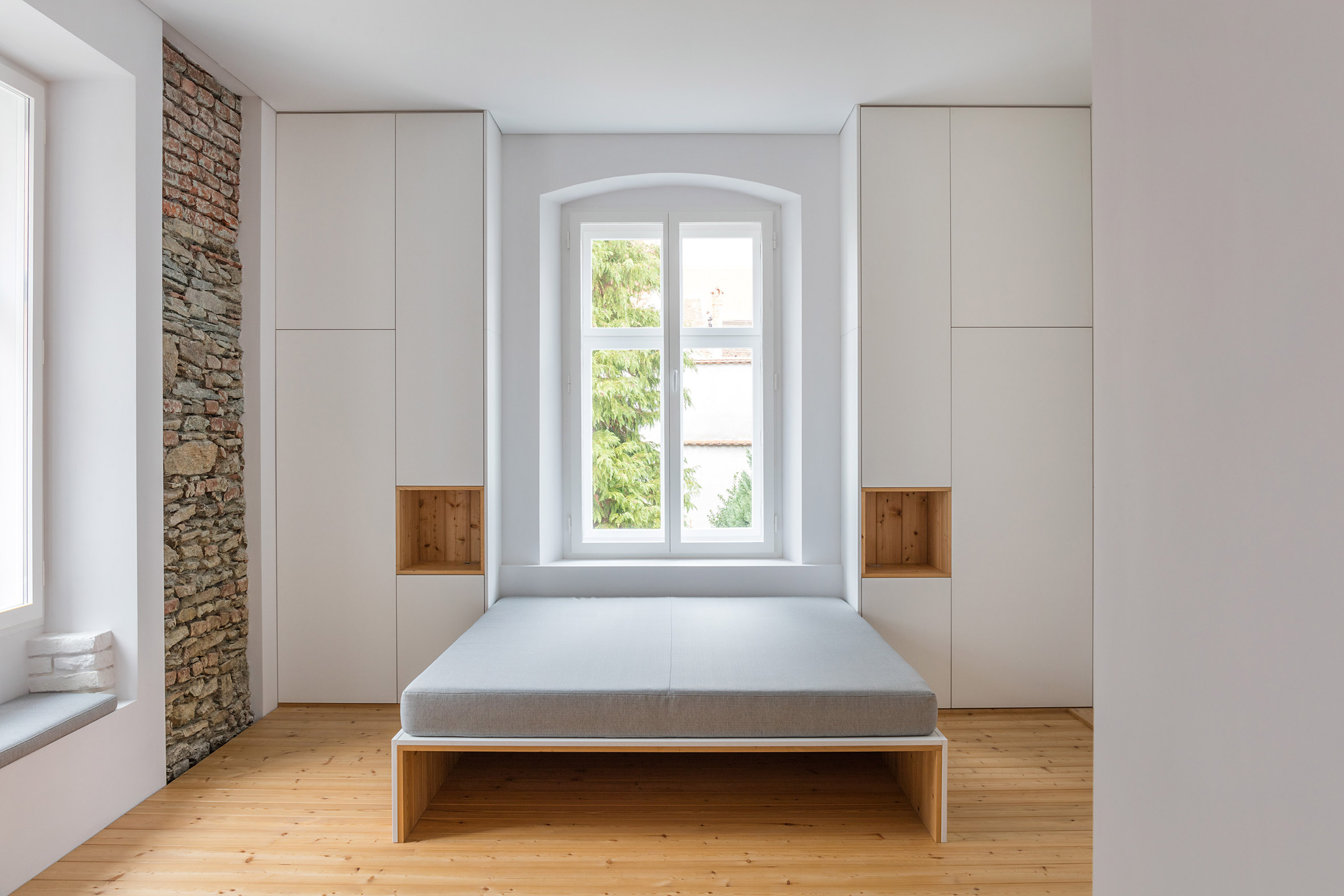 Oiled larch wood has also been used for decorative elements in the apartment’s simple white furnishings, such as the bed frame and nooks either side that serve as minimalist bedside tables.

Large windows set into the thick walls give views out over the historic sites of the town, including the castle, several churches and the fortifications.

In Budapest, Hungarian firm Position Collective renovated a studio flat and added a plywood furniture and storage system for guests who can book the space on Airbnb.

Photography is by Tamás Bujnovszky.