Antique doors, panelling and sections of ageing plasterwork have been kept on display in Isabel López Vilalta’s overhaul of this Barcelona apartment, which includes a new mezzanine play area complete with slide. The penthouse is located north-west of Barcelona’s city centre in the affluent neighbourhood of Sarrià-Sant Gervasi.

The clients also requested clear divisions be maintained between the private and enteraining rooms, should they wish to escape to a quieter space when working from home.

“The possibility of opening up other areas and gaining intimacy when needed became an interesting challenge,” Nina Sundberg, interior designer at the practice, told Dezeen. 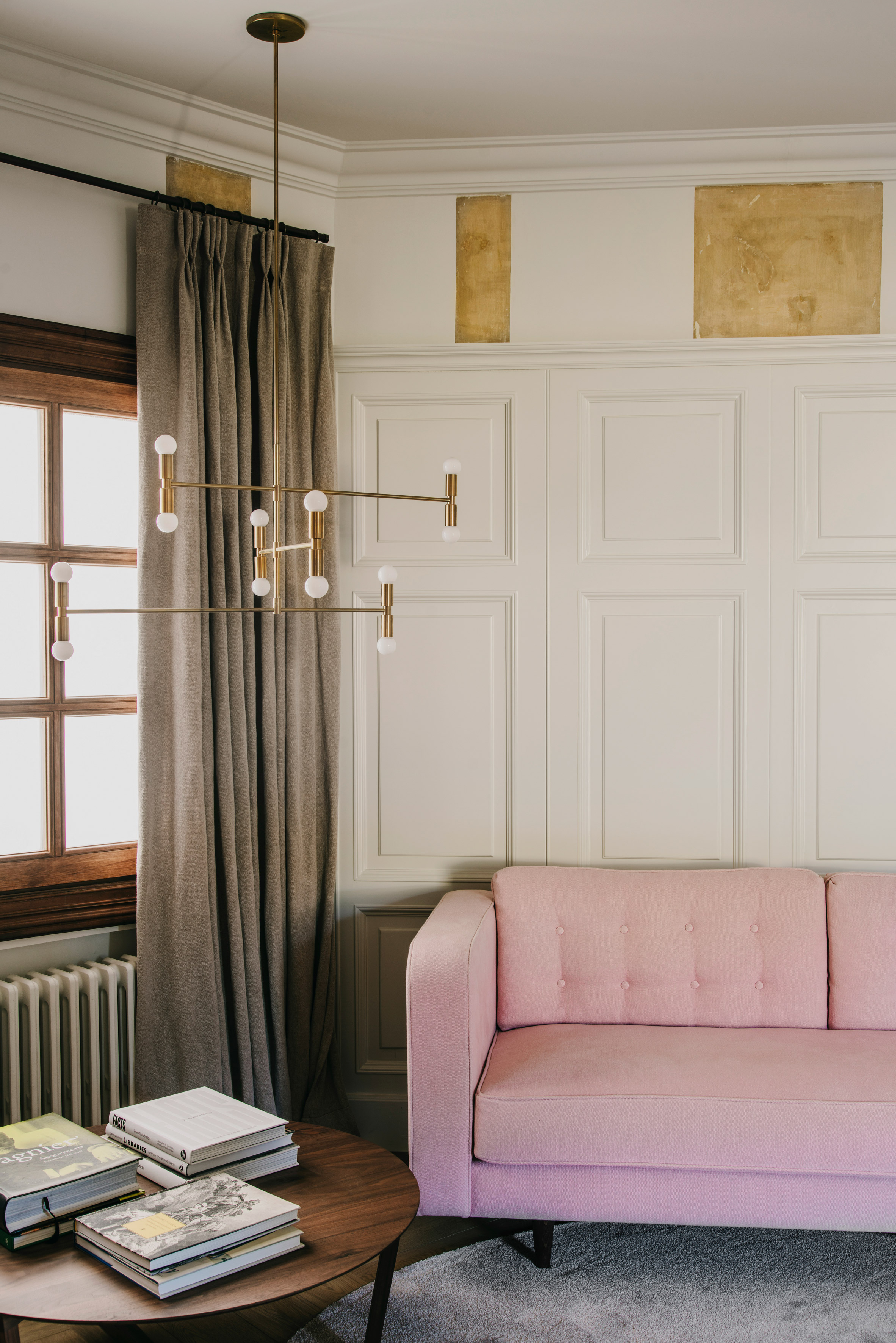 To begin, the architects brought light to the apartment’s formerly dark and windowless corridor by carving out a series of openings that run parallel to windows on the front facade. One of the openings has also been turned into a large wine rack.

Several partition walls were then removed from the kitchen to form an open plan dining and cooking area, which is anchored by a black iron island.

“Natural light was a very important point in the brief, and it had to be achieved in every space,” explained Sundberg.

“Life in the kitchen was very important to the family, they felt more comfortable in a lively, gathering space than in a strictly traditional and functional kitchen.” Antique wardrobe doors have been removed and used to create wood panelling along the corridor, while fragments of the home’s old walls have been left exposed below the library’s alcoving.

While a majority of the apartment has been finished with white-painted surfaces and new oak herringbone-patterned floors, the designers also chose to highlight a host of original features.

Vaulted ceilings typical to the Catalan region have also been preserved in the children’s bedroom, which features a netted mezzanine play area and a wooden slide.

“An interesting aspect of this project is the contrast between old and new elements – their harmony brings out the penthouse identity and history,” said the practice. 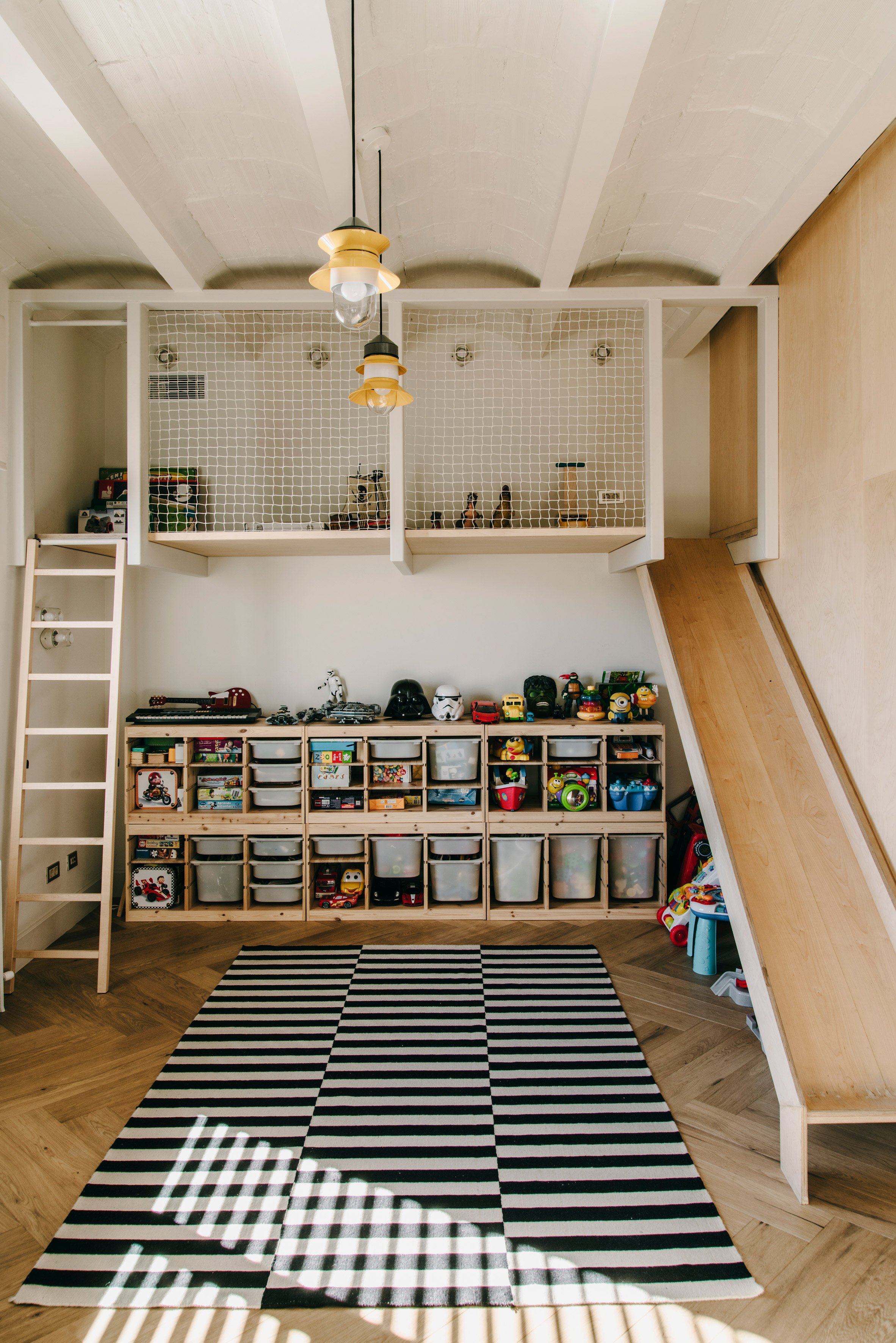 Photography is by Salva López.